People’s Court Tries US and Asks for Assange’s Freedom 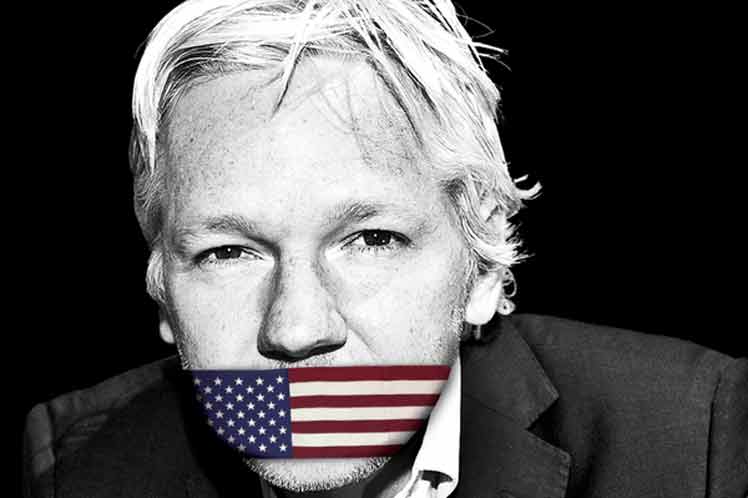 25 Oct 2021 – A people’s court here today condemned the United States for war crimes committed in the name of the fight against terrorism, and demanded the release of WikiLeaks founder Julian Assange.

The symbolic hearing was organised by Progressive International a week before the British judiciary hears an appeal by US prosecutors against a local judge’s refusal to extradite the Australian journalist.

The US wants to try him for disclosing thousands of secret files on the WikiLeaks website that reveal war crimes committed by its military in Afghanistan and Iraq.

Assange has been held in a maximum-security prison in London since the government of Ecuador handed him over to British police in April 2019 after seven years of asylum.

After a four-week trial in London last September, Magistrate Vanessa Baraitser refused to hand him over to US justice over fears he would make an attempt on his life, but US prosecutors appealed the decision.

The appeal hearing will take place in a higher court late next week, and if the extradition order is successful, Assange could face up to 175 years in prison in the US on 17 counts of espionage.

Assange committed the crime of first-degree journalism, said former US computer analyst Edward Snowden, who took refuge in Russia after disclosing classified information from the US National Security Agency.

Snowden told the Belmarsh Court, named after the maximum-security prison in London where Assange is being held, of the Australian cyber-activist’s bravery and described his imprisonment as a crime.

Former UK Labour Party leader Jeremy Corbyn said the WikiLeaks founder should be considered a hero, not just for revealing the truth, but for exposing an uncomfortable truth.

His colleague in Parliament John McDonnell accused the British Conservative government of being complicit in the US persecution of Assange, and found it ironic that his life is threatened by the very government whose crimes he exposed to the public.

Former Ecuadorian President Rafael Correa (2007-2017), who granted political asylum to the WikiLeaks founder in 2012, said that while governments have the right to keep certain information secret, war crimes and crimes against humanity cannot be kept confidential.

Assange’s partner Stella Moris warned that if he loses his case and is extradited, we will all lose, because his rights, she said, are our rights.

The original article can be found here.