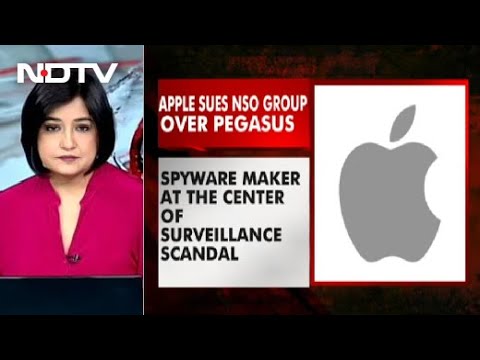 24 Nov 2021 – Apple is suing the NSO group, which produced the spyware that Israel uses to keep under surveillance the 5 million Palestinians it holds in thrall to its Occupation. The NSO group is believed to be close to the Israeli state. They have sold their hacking tools to repressive governments around the world, who have used it to hack into iPhones and Android smartphones to destroy the lives of democracy activists and dissidents.

The BBC points out that Apple takes pride in the privacy it provides to users, and alleges that it has been in a constant race with NSO to close off vulnerabilities, as the Israeli hackers constantly developed new exploits. NSO spyware can vacuum up all the data on a person’s phone, turn on the microphone and camera and, well, spy on them.

The Biden administration in early November banned NSO from the U.S. for “malicious cyber-activities.” Israeli government attempts to intervene with Biden to reverse the decision have been rebuffed.

NSO is an example of the way the Israeli occupation of the stateless Palestinians generates tools and techniques that then are sold or adopted abroad for use on human rights activists around the world, including on American citizens.

In its lawsuit, filed in US District Court for the Northern District of California, Apple alleged of the Israeli-backed NSO:

“Defendants are notorious hackers—amoral 21st century mercenaries who have created highly sophisticated cyber-surveillance machinery that invites routine and flagrant abuse. They design, develop, sell, deliver, deploy, operate, and maintain offensive and destructive malware and spyware products and services that have been used to target, attack, and harm Apple users, Apple products, and Apple. For their own commercial gain, they enable their customers to abuse those products and services to target individuals including government officials, journalists, businesspeople, activists, academics, and even U.S. citizens.”

The US Commerce Department seems to agree with this characterization, saying of NSO that it

There appears to have been an uptick in NSO-backed hacking in 2021. Apple alleged in its complaint,

“Because of Apple’s investment in, and longstanding commitment to, product security and privacy, there is critical need for the company’s products around the world. There are 1.65 billion active Apple devices worldwide, consisting of over a billion iPhones and hundreds of millions of other active Apple devices such as Mac, iPad, and Apple Watch. 5. This action seeks redress for Defendants’ multiple violations of federal and state law arising out of their egregious, deliberate, and concerted efforts in 2021 to target and attack Apple customers, Apple products and servers and Apple through dangerous malware and spyware that Defendants develop, distribute to third parties, and use (or assist others in using) to cause serious harm to Apple’s users and Apple.”

The consequences for human rights workers of NSO’s malware have often been fatal.

An investigation by The Guardian demonstrated that the Saudi government used NSO spyware to hack into the phones of dissident Washington Post columnist Jamal Khashoggi and his friends and family. On the basis of what the Saudi secret police learned about his activities, they lured him to the Istanbul consulate where they strangled him to death on October 3, 2018, and then cut up his corpse with a bone saw to smuggle it in pieces out of the consulate.

Citizen Lab in Toronto found that the 6 Palestinian human rights organizations recently branded “terrorists” by the Israeli state were under NSO surveillance. European governments have slammed the Israeli charges against these organizations as false. Some observers believe that the surveillance was about to be revealed, leading the Israelis to attempt to distract the world with its outrageous charges against human rights workers.

In 2017, NSO hacking tools were used to break into 1,400 American Whatsapp accounts, provoking a complaint from Facebook (now Meta) that led to an FBI investigation of the firm. It is likely this very FBI investigation began the scrutiny that led to the software being banned in the United States. NSO has engaged in widespread influence peddling among former Bush, Biden and Trump administration security officials by putting them on payroll.

There is a lot of talk of OSY Technologies, which owns NSO, being forced into bankruptcy as the US ban is causing it to lose contracts, including in Europe.