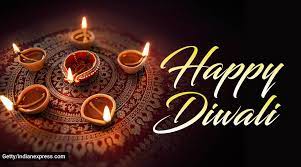 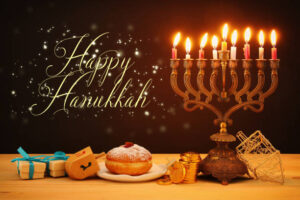 Both these names are of festivals that signify victory of good over evil, light over darkness and joy over sorrow. Both the festivals are celebrated by lighting Diyas (earthen lamps), candles or electric bulbs. Diwali is celebrated by Hindus all over the world on the happy occasion of the return of Lord Ram, his wife Sita and Ram’s brother Lakshman on their return after fourteen years of exile. It is celebrated by cleaning homes, praying to   Goddess Lakshmi for wealth and happiness and distribution of gifts and sweets. In 2021 it fell on 4 November, the New Moon day.

Hanukkah, that means dedication to a noble cause, is a Jewish festival that began this year on November 28 and ended on December 6, and signified like Diwali, light over darkness, goodness over evil, togetherness over isolation and knowledge over ignorance. It is an eight day festival that is commemorated by lighting one candle on sunset each day.

Not only are these festivals between India and Israel similar, there are healthy social, political, commercial relations between the two countries. This is surprising considering the acute differences in their size, distance and populations. Israel has a population of about 10 million which is less than that of India’s capital Delhi. Many tourists from that country come to India and enjoy not only historical sights but also the diverse Indian food and its dishes that are different and distinct from their own menu. Another significant difference is that military service for Israelis above the age of 18 is mandatory.

Israel supports India in agriculture and water management etc. it also appreciates and supports India’s stand on violence and cross border terrorism committed by some countries. Likewise India supports Israeli stand on its relationship with Palestine and neighbouring Arab countries.

In respect of language, Israel has done wonders. Jewish people migrating to

Israel after the tragedy of   Holocaust  from different countries spoke varying languages. Israel has been able to weave together these differences into a common Jewish tongue thereby reviving this ancient language. India has 22 officially recognised languages and there are occasional conflicts between them. India could learn from Israel’s efforts in this regard.

Although there are several common values between the two countries, formal diplomatic relationships are recent — only thirty years old. Earlier, ordinary Indians could not travel to Israel and see historical sights of the country and its capital Jerusalem. On a personal note, my earlier passport had put this specific restriction on travel to Israel.

Fortunately, Indians can now get the necessary visa for Israel, travel to that city and enjoy its beautiful historical and cultural sites. Similarly, Israelis can come to India and partake of the extensive religious and spiritual regions and rivers apart from several common tourist places.

In today’s divided world, the partnership seen between our two countries is encouraging. This is beautifully symbolized by the festivals of Diwali and Hanukkah.

Anticopyright: Editorials and articles originated on TMS may be freely reprinted, disseminated, translated and used as background material, provided an acknowledgement and link to the source, TMS: Diwali and Hanukkah — India and Israel Festivals, is included. Thank you.