6 Dec 2021 – My friend, Carl Sagan, used to talk about the first major war we fought. In the age of reptiles (Mesozoic era), our warrior-ancestors were tiny mouse-sized creatures, the first of our mammalian class to exist, eventually evolving into humans.

Then, our biggest problem was that we were a food source for the dinosaurs, so had to adapt or be eliminated. We adapted by sleeping during the day, when the cold-blooded up-and-about dinosaurs depended upon the sun to activate them by warming them. We became nocturnal visitors when the dinosaurs slept, and ate their eggs. Eventually there were no more dinosaurs.

The more commonly believed dinosaur extinction theory is that an asteroid hit the earth and caused their downfall, but some scientists disagree, putting forth their own theories, including the egg-eating one. These ask, “If an asteroid killed all of the dinosaurs, why did the mammals survive?” 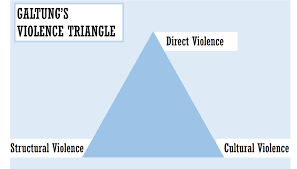 Another theory, pertaining to our nearer evolutionary past, is that humans developed from an aggressive hominid ancestor, which explains why we go to war so often. Our closest living relatives, chimpanzees and bonobos (both of the genus pan), for example, and both of our tribe (consisting of both pan and the genus homo evolving side by side), are easily provoked into violence—both bonobos and chimps having attacked humans in the past.

It may very well be that less violent species of our tribe died out, not being capable of the aggression necessary to compete with the violent members.

It would appear that homo sapiens, the last existing species of our genus, likely wiped out the competition, humans known as Denisovans, Neanderthals and six other species. They were in our way, and we needed the land for erecting ICBMs, with which to deliver our hundreds of thermonuclear warheads, in our violent quest to dominate everything.

Not that we are an entirely stupid species. The ancients warned us, in their classic tales, that only idiots wage war, so this has been known for a long time. Ancient Greeks painted a picture of their god of war, Ares, as a bumbler who ran naked into battle. Ares didn’t have a breastplate, a helmet, or a shield—just a sword, and he almost always lost in war, bleeding there on the battleground until his father, Zeus, came to rescue him.

On the other side of the spectrum, the goddess of wisdom, Athena, was always on the side of the victors. She reasoned with her enemies and looked for common ground, but when she didn’t find it and was forced to go to war, she won every contest, controlling as she did the goddess of victory, Nike. Athena always wore armor—a helmet and breastplate, while grasping a shield in one hand and spear in the other. Like Bob Dylan’s “John Wesley Harding,” she was never known to make a foolish move.

It would appear that the Greeks were telling us, in their most famous epic poetry, that more can be accomplished in a peaceful world. Indeed, both The Iliad and The Odyssey, employing the irony for which the Greeks were renown, recounted the insanity of war. Greek victors suffered as much as Trojan losers in the end.

A favorite piece of writing is Mark Twain’s The War Prayer, which lays to waste the flag-waving jingoism that always accompanies the march to war, replacing it with the censored, inconvenient truth. Twain told his publisher that it could only be published after his death, out of fear of retribution from the brainwashed establishment.

I edited and published Carl Sagan’s anti-nuke writing because I thought people were more likely to read the writing of a famous scientist. I interviewed key people opposing nuclear weapons, the scientists who made the warheads, military generals and admirals who commanded nuclear-armed forces, and State Department officials who negotiated the nuclear weapons treaties, because I thought people would be influenced.

In the end I don’t know that I’ve made a difference, but in my long life I’ve enjoyed being on the same side as those who oppose war and nuclear weapons. I have at times let it be known that I am a combat veteran, because I thought it might influence some into thinking I might know something about war as I condemned it.

We are spiraling headlong toward extinction as long as we allow our primitive violence to dominate, led by the capitalists who sell weapons, including nuclear launch vehicles such as ICBMs, strategic bombers and submarines, capable of destroying civilization dozens of times over, as they refuse to stop burning fossil fuels that accelerate climate change while increasing their fortunes.

Ours is a species that builds cities only to blow them up in wars, again and again. Capitalists profit from the weapons that destroy the cities, and again from rebuilding the cities, and since their only concern is for profit, the insanity won’t end until a new economic order is adopted.

Human-caused extinctions have occurred to other species, but we are nearing a time when we imperil our very selves, all for the profits of a small number of super wealthy idiots. The time may come when the last of the humans may regret the suffering of being the last of the humans. The dinosaurs may then have the last laugh.

It is difficult to imagine the most intelligent species as being the one responsible for creating  conditions for their own extinction. We should be ashamed to have not found a way to influence change so that future generations do not face the horrors we have left for them.

Minimally we must get rid of all nuclear warheads, with the USA leading the effort because the USA is the only nation to use nukes to purposely kill people.

Then we should cover the nuclear weapons test range in Nevada, where it is sunny 294 days each year, with solar panels. This land is now rendered radioactive and useless, but is owned by the American people. Such an effort could easily provide clean energy to replace fossil fuels.

We must get our urgent message out around the corporate-viewpoint, billionaire-serving media and spread peaceful revolution because we are running out of time.

Jack Balkwill has been published from the little read Rectangle, magazine of the English Honor Society, to the (then) millions of readers USA Today and many progressive publications/websites such as Z Magazine, In These Times, Counterpunch, This Can’t Be Happening, Intrepid Report, and Dissident Voice. He is author of An Attack on the National Security State, about peace activists in prison.