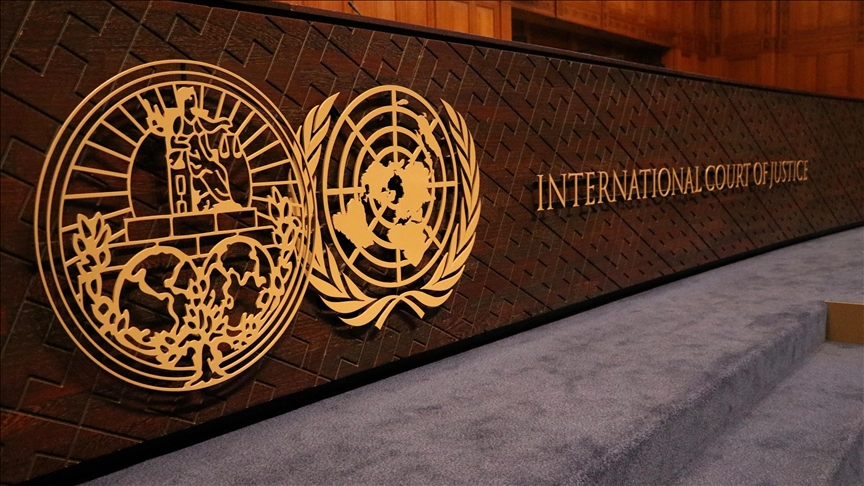 The International Court of Justice, the principal judicial organ of the United Nations, announced the dates of its public hearings on the preliminary objections raised by Myanmar – in The Gambia v. Myanmar, or, in plain English, the Myanmar Genocide Case.

There is a degree of risk that the world’s highest court may be inadvertently conferring an element of state legitimacy on one of the world’s most notorious regimes, responsible for gravest crimes in international law. The regime’s leaders are officially named as potential defendants in criminal cases in national and international judicial mechanisms including by the International Criminal Court.

Legal scholars, lawyers, and diplomats typically take pains to make the fictional separation between “state” (an assemblage of institutions with the ultimate authority to use “legitimate violence” against populations within bounded territories) and “regimes” (a group of human or individual rulers, lawmakers, or military-men who have “effective control” of the state).

Who currently has “effective control” over Myanmar’s diverse populations and regions is hotly contested.

As evidenced in various news and intelligence reports, the Myanmar coup regime lacks effective control over systems of taxation, revenue collection, territorial stability, or population movements, through different ethnic regions and across Myanmar boundaries. Even in Rakhine state where there remain 600,000 Rohingya, a key subject of ICJ’s Provisional Measures, 60% of the administration rests with the anti-regime Arakan Army which also collects household revenues from both Rohingya and the rest of the inhabitants, according to the Buddhist Rakhine leader Tun Mrat Naing.

As the New York Times reported on Jan. 17, the coup regime has to send its troops to collect payments for electricity bills as the society at large has actively rejected the regime as a legitimate government representing their interests either at home or internationally.

Since it launched its coup in February last year, which has proven to be universally unpopular and violently opposed, the coup regime headed by Commander-in-Chief Min Aung Hlaing has been engulfed in a crisis of legitimacy at home amongst Myanmar’s 54 million people. It has also, in effect, been rejected by the United Nations, and the most important regional group, the Association of Southeast Asian Nations (ASEAN).

Even such a relatively insignificant diplomatic act as sending annual messages of felicitation came to assume such symbolic and diplomatic importance: the coup regime received terse official messages from only four out of a total of 193 member states of the UN. Three of the four are its weapons suppliers, past and present, namely Russia, the People’s Republic of Korea (North Korea), and Serbia.

Today’s ICJ announcement came in the very week during which the ASEAN was scheduled to hold its first Foreign Ministers’ meeting in Cambodia – which has since been canceled.

The sole reason for the cancellation was reportedly the continuing opposition by ASEAN’s founding states, including Malaysia, Singapore, and Indonesia, against the idea of treating the coup regime’s Foreign Minister ex-Col. Wunna Maung Lwin as a legitimate representative of Myanmar as a member state.

Based on the coup regime’s refusal to honor the five-point consensus, including holding a peaceful and all-inclusive dialogue amongst all stakeholders in Myanmar, and against pressure from China, the nine other ASEAN members made an unprecedented break with the bloc’s founding principle of non-interference in sovereign affairs of a member state and adopted the non-inclusion of political representation from Myanmar.

As a matter of fact, the three commissioners of the now-defunct UN’s Independent International Fact-Finding Mission concluded that the ultimate command responsibility for Myanmar’s gravest crimes, including crimes against humanity, war crimes, and, very possibly, even the crime of genocide, rests with Commander-in-Chief Senior Gen. Min Aung Hlaing. The former commissioners have also called on the international governments to designate the coup regime as a terrorist organization, albeit with an air force and a navy.

It is their UN report which the court itself drew heavily on in reaching the unanimous decision to issue the Provisional Measures order on Jan. 23, 2020, designed to protect the remaining 600,000 members of the Rohingya, which the ICJ acknowledged as a protected group under the Genocide Convention.

In December 2019, Aung San Suu Kyi, the now-ousted Myanmar state counselor in the regime’s captivity, defended the state of Myanmar, in her official capacity as the Agent in The Gambia vs Myanmar before the 17 judges of the ICJ. As shocking and disgraceful as her appearance at the Peace Palace in the Hague, the legitimacy of her elected government was never in question.

Here the National Unity Government or NUG, popularly accepted as the sole democratically elected government by the majority electorate in Myanmar would be the logical claimant for state representation in the Gambia vs Myanmar. After all, its ambassador Kyaw Moe Tun continues to be seated by the United Nations as Myanmar’s Permanent Representative in New York. However, NUG’s official association with Suu Kyi as one of its “Heads of State” has significantly weakened its moral and strategic positions internationally.

The last 11 months have destroyed any global illusions of the legitimacy of both the coup regime and the failing state in Myanmar. For the coup regime led by the military leaders abruptly ended the quasi-democratic process – some would even say charade – “fragile democratic transition” with Suu Kyi as its skipper – and proceeded to perpetrate all crimes in international law, and even domestic laws of the land.

In less than two months ago – on Nov. 21 – Nicholas Koumjian, the former international co-prosecutor in the Khmer Rouge Tribunal and head of the UN-mandated Independent Investigative Mechanism for Myanmar, told the UN press corps that he had received 200,000 communications since the army takeover and has collected over 1.5 million items of evidence of “crimes against humanity” being perpetrated by Myanmar coup regime.

Against this near-universal rejection of the regime, the Burmese military leaders must be thrilled by the decision of UN’s principal judicial body, accepting the coup regime as, first, in effect, as a legitimate state actor, and second and more substantively, agreeing to hear the preliminary objections to be presented by the coup regime’s legal team.

Even William Shabbas, the Canadian legal scholar who served as a key member of Myanmar’s legal team in the Gambia vs Myanmar, has ended his ties with the case. For the power of the state in Myanmar has been usurped violently by such an illegitimate regime of international criminals.

In my private communications with Michael Becker, a former associate legal officer with the ICJ, who now teaches law at Trinity College Dublin, Ireland, wrote “the Court needs to make some effort to pre-emptively undermine the junta’s ability to leverage its appearance in the proceedings to enhance its claims of legitimacy elsewhere (within the United Nations system of which the court is the principal judicial body).”

The court’s failure to deal head-on with the highly contested issue of the legitimacy of the regime will hamper the efforts of other international state actors to deny the mass-murderous military international acceptance and legitimacy. It will most certainly damage the credibility and image of the court itself.