Revengeful Attitude: How to Get Rid of It

There are several occasions when we feel a sense of revenge against a person or persons who may have somehow hurt us. In a school, if a teacher makes fun of a student for not having done homework, the student feels insulted and secretly feels like insulting the teacher. In an office, if the boss criticises a worker for not completing the given task in the stipulated time, the worker feels bad and wishes to somehow take revenge on the boss.

There are similar occasions when we feel hurt for wrongfully being made fun off or being criticised by a superior person or even a neighbour. On such occasions we feel like turning the tables upon the person, if not openly, at least secretly, to take revenge on the person. Sometimes we mentally abuse that individual. Another such event could be on the clothes a person wears. If a neighbour makes fun or derides the individual, the latter could seethe with hurt or anger and mentally abuse the neighbour.

Some psychiatrists feel that it may be better if a person silently or mentally abuses another individual for the hurt caused. By this means the possibility of physical violence against the latter individual is reduced. It is debatable if this mental abuse has a long term ill effect or not on the person concerned. 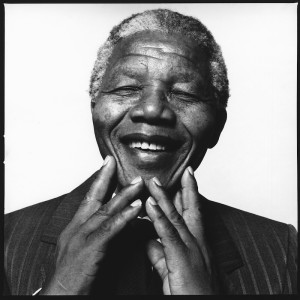 In this regard there is an interesting story regarding Nelson Mandela (1918 — 2013) the President of South Africa who fought against apartheid and was jailed for a long time.

Once, the President was waiting along with some of his security staff for the food they had ordered in a popular restaurant. He suddenly noticed that another person was also sitting all by himself at a nearby table and waiting for his order to be served.

This individual reluctantly did join but he was trembling all over while waiting for his food. When the food was served to the President and the lone individual, the latter’s fingers continued trembling while eating. Finishing his food, this person paid for the bill and silently walked away.

The security staff was curious about the whole episode — why did the President invite the other person to join them and why did that man keep on trembling while eating. Nelson Mandela explained that the other person was the jailer of the prison where he was being held and committed all sorts of antics, some of which amounted to atrocities against him. Once, on feeling thirsty, he asked for water. What he got instead was something unprintable.

The former jailer was trembling with fear that the President would return his earlier cruel behaviour with something similar. That was how his mental makeup was built. But Nelson Mandela had a different attitude and value system. That was the foundation of the first post apartheid President of South Africa (1994 – 1999) — to forget and forgive.

In a similar manner Mahatma Gandhi and India’s first Prime Minister after independence — Jawaharlal Nehru, did not bear ill will against the British jailers — they only wanted independence from British rule.

Incidentally, Nelson Mandela was invited to visit India and was conferred India’s highest civilian award —    Bharat Ratna    in 1990 for his peaceful struggles against apartheid in South Africa. Mandela was also jointly awarded the   Nobel Prize for Peace in 1993 along with   Fredrick de Klerk for their peaceful work for the termination of the apartheid regime.

The attitudes of Nelson Mandela, Indian leaders and others, help us to get rid of a feeling of revenge and to share a feeling of peace and justice with others.

Anticopyright: Editorials and articles originated on TMS may be freely reprinted, disseminated, translated and used as background material, provided an acknowledgement and link to the source, TMS: Revengeful Attitude: How to Get Rid of It, is included. Thank you.

One Response to “Revengeful Attitude: How to Get Rid of It”