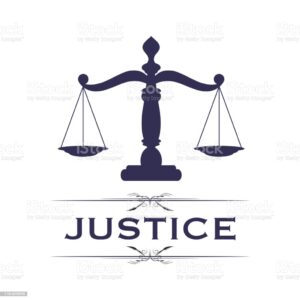 14 Jan 2022 – Many politicians, academics, media pundits are wont of invoking the “rule of law”, a “rules-based international order”, “values diplomacy,” etc.  But what do all these benevolent-sounding slogans actually mean in practice?  Who makes the rules, who interprets them, who enforces them?  What transparency and accountability accompany these noble pledges?

In a very real sense, we already have a “rules based international order” in the form of the UN Charter and its “supremacy clause”, article 103 of which grants it priority over all other treaties and agreements.  The norms established in the Charter are rational, but effective enforcement mechanisms are yet to be created.

We also have humanistic “values” that should guide diplomacy and peace-making – including the principle “pacta sunt servanda” (treaties must be implemented, art. 26 of the Vienna Convention on the law of treaties).  Let us not forget the general principles of law, including good faith (bona fide), the prohibition of abusing rights (sic utere tuo ut alienum non laedas), and the principle of estoppel (ex injuria non oritur jus) – you can’t have your cake and eat it.  Alas, both in domestic and international law there is a high level of bad faith and the tendency to apply double-standards.  Major powers make agreements and then break them with impunity.  Major powers undermine diplomacy by brazenly lying, by making promises and not keeping then.  This subverts the credibility of the entire system of norms and mechanisms.  Politicians often forget that keeping one’s word is not only a matter of personal honour – it is an indispensable element of trust in the conduct of public affairs. Among other crucial values that we should promote are Christian values such as compassion, empathy, forgiveness, solidarity.

It is axiomatic that the rule of law functions as a pillar of stability, predictability and the democratic ethos in modern society. Its object and purpose is to serve the human person and progressively achieve human dignity in the larger context of freedom.

Because law reflects power imbalances, we must ensure that the ideal of the rule of law is not instrumentalized simply to enforce the status quo, maintain privilege, and the exploitation of one group over another. The rule of law must be a rule that allows flexibility and welcomes continuous democratic dialogue to devise and implement those reforms required by an evolving society. It must be a rule of conscience, of listening.

Throughout history law has all too frequently been manipulated by political power, becoming a kind of dictatorship through law, where people are robbed of their individual and collective rights, while the law itself becomes the main instrument of their disenfranchisement. Experience has taught us that law is not coterminous with justice and that laws can be adopted and enforced to perpetuate abuse and cement injustice. Accordingly, any appeal to the rule of law should be contextualized within a human-rights-based framework.

Already in Sophocles’ drama Antigone we saw the clash between the arbitrary law of King Creon and the unwritten law of humanity. Enforcing Creon’s unjust law brought misery to all. In Roman times the maxim dura lex sed lex (the law is hard, but it is the law) was mellowed by Cicero’s wise reminder that summum jus summa injuria (extreme law is extreme injustice, de Officiis 1, 10, 33), i.e. the blind application of the law may cause great injustice.

Civil disobedience by Henry, David Thoreau, Zaghioul Pasha, Michael Collins, Dietrich Bonhoeffer, Mahatma Gandhi, Martin Luther King, Nelson Mandela, Ken Saro Wiwa, Mohamed Bouazizi was legitimate and necessary to give example and initiate reforms – but they all suffered the consequences of having opposed the fetishism of the “rule of law”.

Indeed, civilization does not simply require society to have a set of laws and a powerful police force to enforce them. Civilization means ensuring the real welfare of people, creating the conditions necessary for their pursuit of happiness. The true indicators of civilization are not an expanding Gross Domestic Product, ever-growing consumption, and aggressive exploitation of natural resources – but rather respect for human and animal life, sustainable management of the environment, local, regional and international solidarity, social justice and a culture of peace.

Unfortunately, our civilization does not measure up with its noble ideals.  Our governments continue to sabotage the rule of law by instrumentalizing norms to destroy justice, e.g. by weaponizing extradition law to persecute whistle-blowers like Julian Assange and keep them bottled up for decades.  Similarly, the extradition of Alex Saab from Cape Verde in 2021 to a kangaroo trial in the United States is a travesty of justice, as was the prosecution and imprisonment of the “Cuban 5”, victims of gross political injustice by a Miami tribunal.  We have witnessed the increased use of “lawfare” to destroy political adversaries, e.g. the frame-up of Dilma Rousseff in Brazil, making the way free for “regime change”.  Similarly, the subversion of election monitoring by the Organization of American States resulting in the coup d’état against Evo Morales of Bolivia in 2019.   We have witnessed lawfare in Ecuador against former President Rafael Correa and former Vice-President Jorge Glass.

Considerable responsibility for the corruption of the rule of law is borne by the corporate media that systematically dis-informs the public about the facts and imposes a “managed narrative” that essentially cripples any chance for an objective debate.  Over the past decades the corporate media has engaged in brazen propaganda to create a false “perception” of the law, including international law, that is very distant from any conception of justice.  By suppressing information, dis-informing and whitewashing, the corporate media has become complicit in the war crimes and crimes against humanity perpetrated in Afghanistan, Iraq, Syria, Libya, Yemen etc.  The media has even attempted to create an impression that the 2003 Invasion of Iraq, which the then UN Secretary General Kofi Annan repeatedly called an “illegal war”, actually was a “just war” in keeping with the UN Charter.

Bottom line:  in order to help the rule of law evolve into the rule of justice, we must demand our right to access to information, we must adopt a Charter of Rights of Whistleblowers, demand transparency and accountability from our governments, and ensure that Parliaments revisit obsolete laws that perpetuate injustice.   We must remain vigilant to ensure that the rule of justice is built day by day and that our courts and tribunals apply the existing legislation in good faith and not in the service of corporations and special interests, who do not want rights – but only privileges.

Alfred de Zayas is a professor at the Geneva School of Diplomacy and served as a UN Independent Expert on the Promotion of a Democratic and Equitable International Order 2012-18.