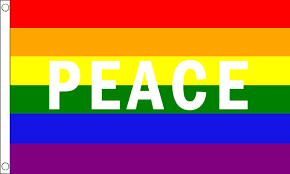 1 Feb 2022 – Secretary of State Blinken’s statement on January 26th was a disaster: a statement pleading for peace in Ukraine that was laden with aggression against Russia.  The statement suffered from the lack of imagination we associate with U.S.  imperialism, and a wanton refusal to understand how and why Russia feels threatened by NATO and the USA.

Ukraine is a buffer state between Russia and Germany/Europe/NATO.  And we need buffer states. Buffer States are often necessary for stable peace.

No less a person than the Secrétaire Permanente de l’Académie Française – Madame Hélène Carrère d’Encausse – commented recently that Helmut Kohl and James Baker had promised Mikael Gorbachev that NATO would not expand eastwards …. which it then did, now expanded to 30 member states. Madame Hélène Carrère d’Encausse was born in Russia. Her magisterial book L’Empire Eclaté described the break-up of the Soviet Union.

James Baker – of course – claims that he never made such a promise, but he is splitting hairs: yes, Baker did not write it down and sign it in his own blood. But the promise was made, and it was made by Baker and Kohl in order to gain acceptance for Kohl’s dream for the re-unification of Germany.

What NATO needs to do in February 2022, is to state clearly that Ukraine will never become a member of NATO, this anti-Russian military alliance. Blinken says that promise cannot be made? Why not?  Don’t be stupid, Blinken: that promise could be made today, by YOU!  The USA takes no notice of its other NATO members when it suits them (look at US military actions in Afghanistan). If the USA says “no Ukraine in NATO” then the whole, manufactured Ukrainian crisis will be ended.

Russia and the EU should become joint guarantors of Ukrainian independence. Both sides need Ukraine as a Buffer State. 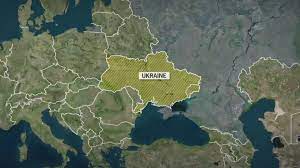 The USA should stay silent, swallow its imperialist rhetoric and recognize the value of neutral buffer states.

I would like to recommend people to read the interesting  Non-Zero Newsletter by Robert Wright, a knowledgeable political commentator with a clear head.

He wrote a creative article dated February 1st about the United States, the United Nations and International Law, under the title Turning Ukraine into a Turning Point: defusing Cold War II is possible and could be a beginning.

Taking international law seriously requires looking at the world in a particular way. And this view of the world is very different from the view presented to Americans by their foreign policy establishment—by think-tanks, politicians, national security officials, and by journalists at the media outlets that obligingly amplify these voices (The New York Times, The Washington Post, NPR, CNN, MSNBC, The Atlantic, The New Yorker, and so on).

I just want to say that these people shape the perceptions of Americans in ways that make it hard, as a political matter, to bring America consistently into compliance with international law—and thus hard to create a foundation for real international cooperation, for true global community. The American foreign policy establishment conveys a world view that is in some ways the opposite of the world view you need to have if you’re going to champion international law. That’s why—assuming your views have been shaped by the establishment I just described—I want to try to turn your world upside down.

They go on to use – as an excellent example of America distortion of world reality –  the Syrian Civil War that started in 2011, a war that the US and Russia and many other countries later got involved in, arguing that the prevailing American view of that war is deeply at odds with the logic of international law. 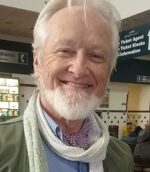 Anticopyright: Editorials and articles originated on TMS may be freely reprinted, disseminated, translated and used as background material, provided an acknowledgement and link to the source, TMS: Ukrainian Sovereignty Means Not Joining NATO, is included. Thank you.