3 Mar 2022 – Both the Russian occupation of  Ukraine and the Apartheid Israeli occupation of Palestine are wrong, inhumane,  international law-violating, and have been hugely destructive. However, a racist and specifically anti-Arab anti-Semitic West (the Anglo sphere, NATO and the EU) utterly ignores the Israeli occupation and ethnic cleansing of Palestine, while quite rightly condemning and sanctioning Russia over its invasion of Ukraine. 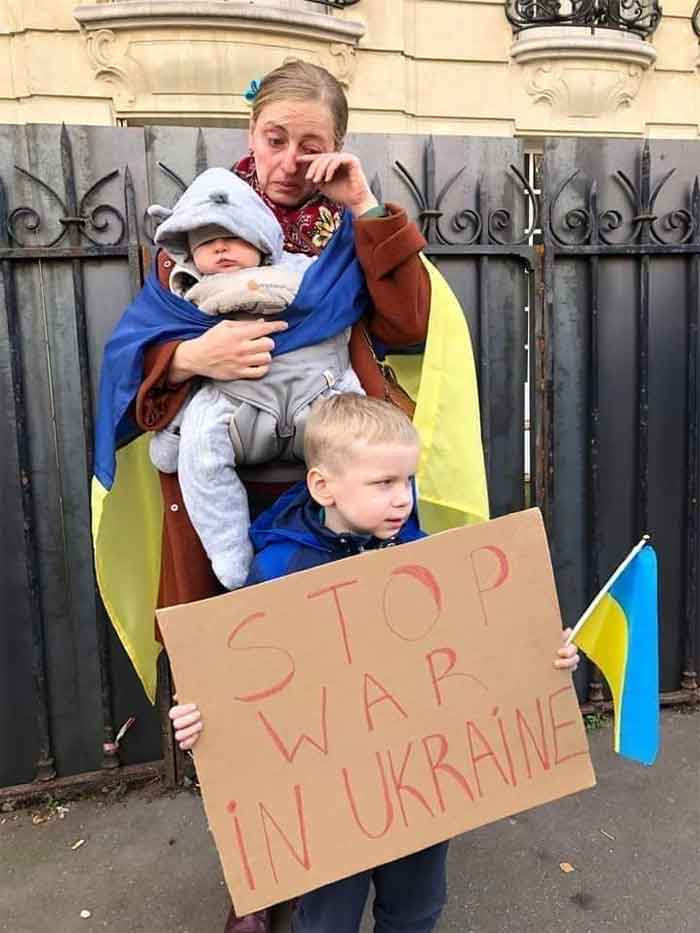 Largely missing from the present mainstream media reportage are the following:

While thousands of courageous Russians are risking violence and lengthy imprisonment imposed by an authoritarian Russian state for protesting the Russian invasion of Ukraine, and the Russian government forbids use of the terms “war” and “invasion” to describe the  current  invasion of Ukraine,  in the rich, internally peaceful, human rights-cognizant  and democratic West there is almost total silence in this context over the Apartheid Israeli invasion, occupation and ongoing ethnic cleansing of Palestine (and indeed US Alliance invasion of a swathe of Muslim countries post-9/11).

Ukraine was the heartland of Ashkenazi Jews (Eastern European Jews) who descend from non-Semitic Turkic Khazar converts to Judaism in circa the 8th century CE. After the Kievan Rus ended  Khazarian  independence in 965-969 CE, the  forebears of the Ashkenazi Jews continued trading in Eastern Europe from the Caspian Sea and the Black Sea to the Baltic Sea. Ashkenazi Jews suffered periodic violent persecution (pogroms) and in the 19th century millions fled to make new lives in the US and elsewhere. After WW1 many Ukrainians settled in Canada. 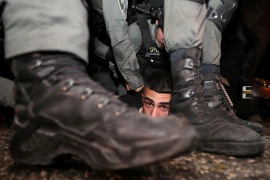 Poverty kills and the GDP per capita is a deadly $3,400 for Occupied Palestine (East Jerusalem, the West Bank and the blockaded and bombed Gaza Concentration Camp), but is $46,400 for Occupier Israel that grossly violates Articles 55 and 56 of the Fourth Geneva Convention that demand that an occupier must supply its conquered Subjects with life-sustaining food and medical requisites “to the fullest extent of the means available to it”.  Indigenous Palestinians are 50% of the Subjects of Apartheid Israel, Jewish Israelis 47%.

While Palestine has not invaded any other countries, and Ukraine has not invaded any other country (apart from token support for the US Alliance’s Iraq War and Afghan War), this is in stark contrast to the record of the following countries (numbers of countries invaded in brackets): Britain (193), Australia (85), France (82), the US (72;  52 after WW2), Germany (39), Japan (30), Russia (26), Canada (25), Apartheid Israel (13), China (3, ignoring border spats) and India (0) (Google “stop state terrorism”).

This is no excuse for the war criminal Russian invasion, but Russia evidently felt threatened by massive movement eastwards of nuclear-armed NATO in the years after the break-up of the Soviet Union, and by the US-, NATO- and neo-Nazi-backed   2014 Coup that removed the pro-Russian Ukrainian president Yanukovich. All but 4 of the 30 members of nuclear terrorist and anti-Russia NATO belong to the all-European, anti-Arab anti-Semitic, anti-Jewish anti-Semitic and holocaust-denying International Holocaust Remembrance Alliance (IHRA).

With economic and political disaster facing Russia, one can ask whether Putin was tricked by the US into invading Ukraine, just as the US green-lighted Saddam Hussein’s invasion of Kuwait in 1990 that proved disastrous for Iraq, as summarized here (with dates and deaths from violence and war-imposed deprivation in brackets): in the Gulf War and under Sanctions (1990-2003; 1.9 million), US Alliance invasion and occupation based on WMD lies  (2003-2011; 2.7 million), and post-2011 (0.4 million Iraqi avoidable deaths from deprivation).

Deaths from violence and war-imposed deprivation in Afghanistan have totaled 7.0 million, and the post-defeat war criminal US freezing of Afghan foreign reserves will mean that annual under-5 infant deaths and  annual avoidable deaths from deprivation will increase hugely from the shocking 2020 values of 76,000 and 106,000, respectively.

It gets worse. 32 million Muslim have died from violence, 5 million, and from imposed deprivation (27 million) in 20 Muslim countries invaded by the US Alliance in the post- 9/11 US War on Terror. 1.7 million Americans die annually from “lifestyle choice” and “political choice” reasons, and accordingly 34 million Americans have died thus since 9/11. The War on Terror has had a long-term accrual cost of $6 trillion, and accordingly successive US Administrations have committed $6 trillion to killing over 30 million Muslims abroad rather than trying to save over 30 million American lives at home (see my books “Post-9/11 Muslim Holocaust & Muslim Genocide” (2021)  and “Body Count. Global avoidable mortality since 1950” (second edition, 2022)).

Russia is a major exporter of wheat, oil and gas. The Ukraine is also a major wheat producer. The Russian invasion of Ukraine has already resulted in markedly increased global oil, gas and  wheat prices. Millions may die from starvation in the Developing World as a result of this reckless and evil war-making.

It is the inability to buy food that kills in famines. Thus in the WW2 Bengal Famine the price of the staple rice rose up to 4-fold, and those who could not buy enough food simply starved. In the WW2 Bengal Famine (WW2 Indian Holocaust, WW2 Bengali Holocaust) 6-7 million Indians were deliberately starved to death by the British with Australian complicity for strategic reasons in Bengal, Odisha, Bihar and Assam. Australia was complicit by refusing to supply its starving  ally India with food from its huge wartime grain stores. The Russian invasion of Ukraine will not just kill Russian soldiers and Ukrainians. Already 7.4 million people die avoidably from deprivation each year.

Whether US or Russian invasion, war is the penultimate in racism and genocide the ultimate. Peace is the only way but silence kills and silence is complicity. Please call out all wars and inform everyone you can.

Anticopyright: Editorials and articles originated on TMS may be freely reprinted, disseminated, translated and used as background material, provided an acknowledgement and link to the source, TMS: West Backs Ukraine but Ignores Palestinians, is included. Thank you.