Three for the Apocalypse 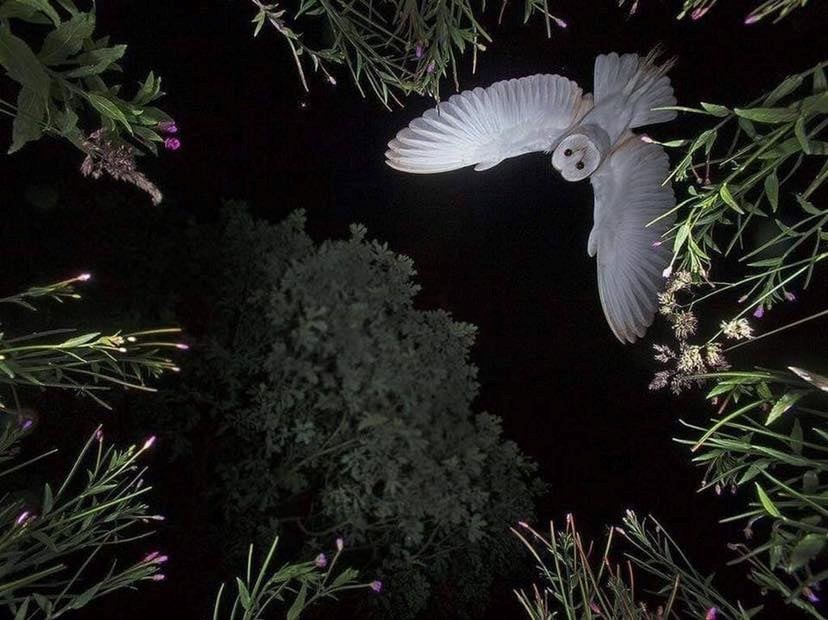 A Jew, a Christian and a Muslim are sitting around arguing the merits of their respective religions.

The Christian says, “In my religion, the Messiah is coming for the second time.”

The Muslim says, “In my religion, the Messenger has come and departed.”

There is an awkward, palpable silence…. They all look at each other, daggers in their eyes, then shout in unison: “That’s the dumbest thing I’ve ever heard!  Stop thinking like that or I’ll kill you!”

“Abe,” says God, “Look at your squabbling children.… I’ve a good mind to put an end to it all, to send down meteors, plagues and famine. I’ll unleash the whirlwind everywhere.  Fire and ice together!”

Father Abraham throws up his arms.  “Aren’t we made in Your image, Lord?  Aren’t we your progeny?”

God looks into Abraham’s eyes and He sees Himself reflected: In one eye he sees the murderers of children, hands red with puerile blood; in the same eye, He sees vultures circling the air, waiting for an emaciated Afghan child to die next to a garbage heap.  And, in the other, He sees children playing in a field of lavender.  And He sees healthy children of the poor, in school, in neatly creased uniforms—clean and attentive, curious and happy.

“Go,” says God, stroking his cloudy chin. “I must think on this further.  Perhaps I, too, am evolving….” 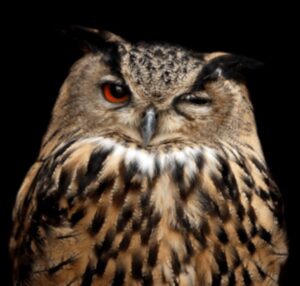 Sometime after Armageddon, on a moon-filled night, an owl and a gator reminisce.

“What ever happened to the ape-beings–” asks the gator, “the chimp-men?”

“How ‘bout that…!”  The gator blows air through his teeth.  He makes a deep rumbling in his belly, which causes the water on his spiked, rippled back to sputter and rise in little ejections, exciting the females nearby.  “They couldn’t have been very smart,” he muses.  “A hundred million years, I’ve lived in the waters, making lazy ‘s’s,” watching the sun and the moon and stars.  Sometimes I lie in the sun and warm myself contentedly.  If I get bored, a pretty gator swishes her tail at me…. I’ve plenty to think about.  But it all takes time…. It seems only yesterday… those noisy ones clamored out of the trees.  Now you say they’re gone?”

The gator bellows at the moon. The owl winks.

“Before you swam in the waters,” says the owl, “I shed my scales and feathered my wings…. Mighty Tyrannosaurus fell to his knees, transformed himself to oil…. I watched… I waited….  Night after night, perched on a branch, dreaming, remembering, waiting… waiting….  Always, a sweet, considerate mouse would offer its life to me.       Earth provides and abides.”

“But why did they die?” asks the gator.  (He was always the most curious one in his school!)

The old owl shrugs.  “Questions, questions!” he complains. “They were an experiment who took themselves too seriously!  A path among a myriad….  Always impatient.  Always insistent—insistent on their ways, their truths.  They made God in their image, then suffered the consequences.”  He winks one eye, rotates his head like a dial.  “Some say it was their opposable thumb…. It helped them grab more than they needed.”

A cloud drifts across the golden harvest moon, held in a beard of Spanish moss, its light reflected in a dragonfly’s eye.

“If I had such a thumb,” says the gator, “I’d hold my ideals more firmly.  I wouldn’t let them slip away.”

The gator slithers across the mud, finds a small fold in the water, slips himself noiselessly under.  He rumbles—and the water dances off his back—a symphonette of timpani and bassoons.  He rises again with an afterthought….

“There were some good ones, I suppose,” he says.  “There are usually some good ones. Even the meanest creatures—even the mice feed their children, let them snuggle tenderly….  What about them?… 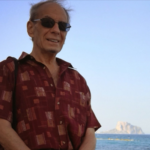 Gary Steven Corseri is a member of the TRANSCEND Network for Peace Development Environment.  He is the grandson of Ukrainian-Jewish and Sicilian-Catholic immigrants.  Gary has performed his poems at the Carter Presidential Library and his dramas have been produced on PBS-Atlanta and in universities, high schools and Little Theaters.  He has published 2 novels, 1 full collection and 1 prize-winning chapbook of poems.  His poems, articles, fiction and dramas have appeared in hundreds of global publications & websites, including:  Countercurrents, Village Voice, Redbook Magazine, The Miami Herald, The Philadelphia Inquirer, The New York Times, and Transcend Media Service.  He has taught at universities in the U.S. and Japan, and in US prisons and public schools.  He has worked as a grape-picker in Australia, a gas-station attendant, and an editor. Contact: garyscorseri@gmail.com

Anticopyright: Editorials and articles originated on TMS may be freely reprinted, disseminated, translated and used as background material, provided an acknowledgement and link to the source, TMS: Three for the Apocalypse, is included. Thank you.

One Response to “Three for the Apocalypse”