Remembering Pleasant and Other Memories

9 May 2022 – On a hot sticky summer afternoon of Delhi, I thought of a novel method of keeping myself busy. I opened my steel almirah (wardrobe) and started looking at my papers and other items — an old radio that no longer works, old clothes, newspapers, photographs, old passport and old tickets to different destinations. Some of these were to several European countries — France, Belgium, Netherlands and various towns and cities such as Paris, Amsterdam, Porto, and others that I still remember.

I also laid my hands on an old passport of mine. Looking at the photo, I could hardly remember that I looked as handsome as the photo suggested. The passport didn’t display my visit to England. Surprising, but then I recalled that for a few years after our independence from England in 1947, we did not require a visa to visit that country. Indians could also visit Burma (Myanmar) without the cumbersome entries required to visit that country later.

One of the last Mughal monarchs — Bahadur Shah Zafar (1775-1862) was alive during British occupation. He was forcibly departed to Burma where he died some years later and buried there in an ordinary non-descript manner in Rangoon (Yangon). He was a British prisoner when he died; his tomb was an ordinary one and only in 1991, a small shrine was built around his tomb.

It was natural that my wardrobe had an album of my marriage in 1974. Looking at it after more than forty years, I felt pangs of joy and sadness. There were photos of my mother and close relatives (my father had died earlier), father’s brother and sister, and my wife’s parents and others. We were a close knit family unlike today when we hardly have relatives visiting us on any occasion. An invitation card of my marriage was also found in the album — what joy  it  gave me seeing it after such a long period of time. There were photos of others — my mother’s nephew and a friend of hers who is alive today but hard to reconcile her photo with her present day appearance.

Earlier photographs of some friends were also recovered from my almirah. Looking at some of them filled me with sadness. I don’t even know if they are alive like me. Sending some letter or email doesn’t get me their response. But one German friend of mine with whom I stayed in her village in Eggolsheim does give me joy when I think of her and when we successfully exchange emails.

Another German friend Klaus had later invited me along my wife to visit his home near Frankfurt. We were five people seated along his dining table. There were five of us and we spoke five languages: French with Klaus who spoke in Spanish with his wife. He spoke in German with his eight year old son. I spoke in English with the wife of Klaus and of course in Hindi with my wife. Now Klaus speaks in English also.

Having travelled in several European countries, I found some photographs of some European trains and museums. The most beautiful portrait was that of Mona Lisa by Leonardo da Vinci which I had seen in the original in the Louvre Museum in Paris. I remember there were a lot of people who were keen on seeing the portrait. I had also travelled by train to Montpellier from Paris and found a scribbled note about my long journey. There were some other notes and letters including one to IPRA–International Peace Research Association requesting them to invite me to their annual get together in Kyoto in Japan.

It was natural to find some old currency notes of some countries — US and Canadian Dollars, French Francs — Euro was a later currency of several European countries including France. UK had and even now has Pounds and pennies. Australia and New Zealand have their own currencies although dollars are also in circulation. The Indian rupee is the currency of India but is in circulation in some neighbouring countries such as Nepal and Bhutan. Indonesia has its own money but it is called rupiah (similar to rupee).

Like the treasures of my almirah, I also have many treasured memories. But one has to stop somewhere. One fond memory is that of my visit to Porto, Portugal to meet my friend Antonio C. S. Rosa, the well known Editor of TMS. I didn’t remember the hotel I had stayed in but an old receipt brought some pleasant memories. Antonio had invited me to his flat and served me some delicious soup he had made in his sparse kitchenette. He has come a few times to Delhi and I hope he will visit us again. 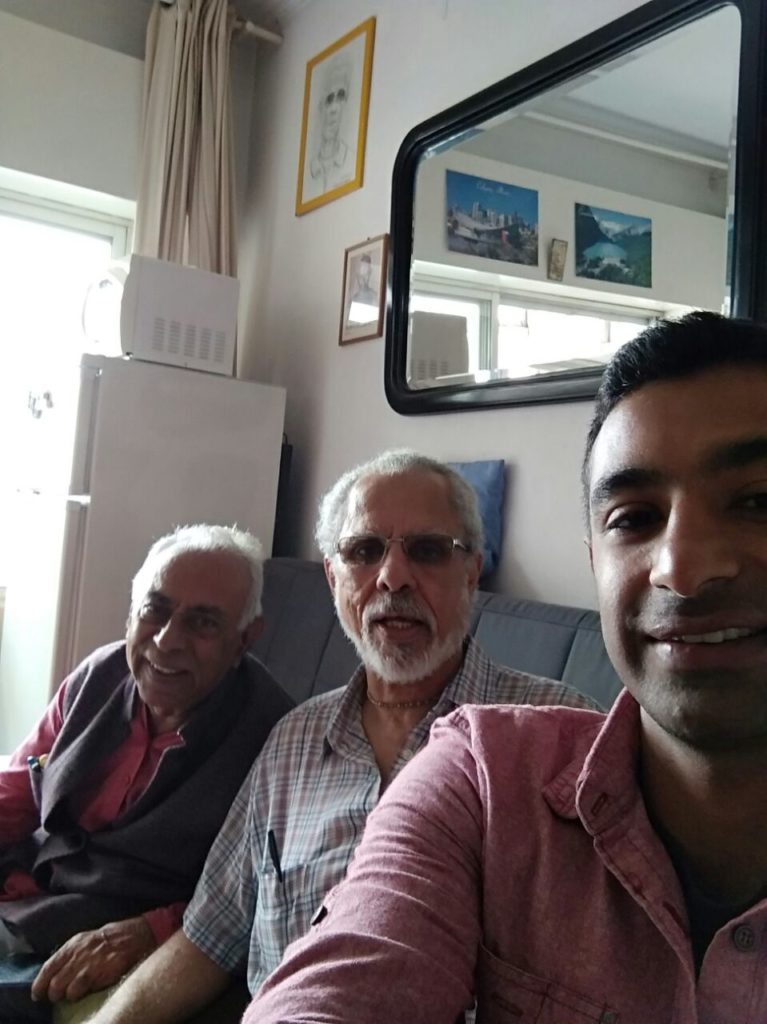 Anticopyright: Editorials and articles originated on TMS may be freely reprinted, disseminated, translated and used as background material, provided an acknowledgement and link to the source, TMS: Remembering Pleasant and Other Memories, is included. Thank you.