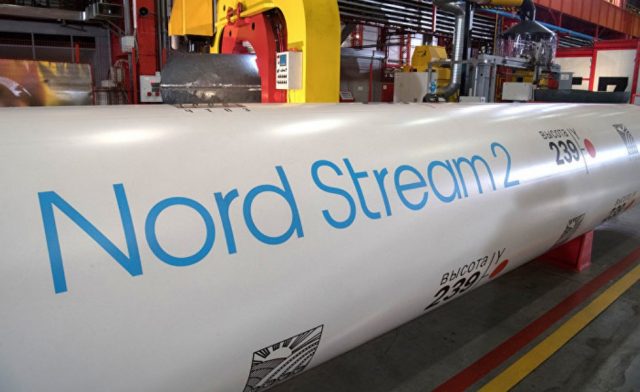 14 May 2022 – Ukraine’s decision to partially disable the flow of gas earmarked for Europe will be short-lived as it will not only cause major problems for the European economy, but it will also leave Kiev without billions of dollars in transit tax revenue – something it desperately needs as the economy is in ruin.

The Ukrainian gas transmission system operator (GTSOU) said it decided to suspend operations at a major transit point because of “interference by the occupying forces.” The decision to stop flows from Sokhranivka halts about a third of the Russian gas that arrives in Europe via Ukraine as the measuring station handles as much as 32.6 million cubic meters per day, according to GTSOU.

“As a result of the Russian Federation’s military aggression against Ukraine, several GTS facilities are located in territory temporarily controlled by Russian troops and the occupation administration,” the company said.

Kiev’s idea of transferring gas supplies from Sohranovka to the Suja gas station, which is in Ukrainian-controlled territory, has been dismissed by the Russian state gas company Gazprom as “technically impossible.” In addition, Gazprom said that it fulfills all its obligations to European consumers and delivers gas for transit in accordance with all contracts.

The disrupted transit of one-third of the gas that Europe needs would cause major damage to the continent’s economy. Europe already has less gas than it currently needs and the problem is not just that the price of gas will go up, but there will not be enough needed for industrial production.

If Russian gas does not arrive via Ukraine in the agreed quantity, Europe would have to consider extracting from reserves in underground storage facilities. The price of such gas will certainly be higher than in the case of gas arriving via Ukraine. Therefore, Kiev’s attempts to coax Europe into further involvement in the war with Russia will receive little accolade as it threatens Europe’s economy at a time when it is already suffering.

Kiev’s decision to reduce gas flows to European markets also means that it will suffer as it will lose transit fees that it desperately needs as its economy has stagnated. Another outcome that Ukraine did not consider is that it could force Europe to challenge the US’ opposition to the Nord Stream 2 pipeline. If Russian gas does not arrive via Ukraine, it could be the very catalyst needed to activate Nord Stream 2.

If Ukraine were to remain committed to reducing Russian gas flows to Europe, even at the expense of billions of dollars in transit fees, the question begs whether the EU would be willing to potentially run out of gas and/or see prices rise even further, or activate Nord Stream 2. Activating Nord Stream 2 would effectively mean the US’ failure after so much effort was made to prevent the pipeline from functioning.

For this reason, Ukraine’s decision to halt a third of Russian gas flows to Europe is likely a bluff as it needs all the money it can receive at the moment. At the same time, the Europeans hope to slowly wean themselves off Russian energy, understanding that an immediate cut is not sustainable and would collapse their economies.

Kiev’s incessant demand that Brussels put an embargo on Russian energy imports to the EU will be challenged so long as there are leaders, like Hungary’s Viktor Orban, who prioritize their state’s economy and people’s welfare, or entire major industries are threatened, such as Germany’s manufacturing and Greece’s shipping.

It is quite possible that this disunity and lack of consensus on the embargo in a situation where energy cannot be undermined, could force a rethink of Europe’s policies towards Moscow.

“We will have a peace to build tomorrow, let us never forget that,” Macron said in Strasbourg on May 9, adding: “We will have to do this with Ukraine and Russia around the table. The end of the discussion and the negotiation will be set by Ukraine and Russia. But it will not be done in denial, nor in exclusion of each other, nor even in humiliation.”

On the same day, he said in a tweet: “We are not at war with Russia. We work as Europeans for the preservation of the sovereignty and territorial integrity of Ukraine. For the return of peace to our continent. We will be there to rebuild Ukraine, as Europeans, always.”

However, despite the rhetoric of pan-Europeanism, Macron has already proven in deed that Europe’s elite are still very much under the orbit of Washington. If Ukraine are to partially halt the flow of Russian gas to Europe, the next test of Europe’s so-called “strategic autonomy” would be whether it activates Nord Stream 2 to protect their economic interests or continue following Washington’s demands on keeping the pipeline closed.

Anticopyright: Editorials and articles originated on TMS may be freely reprinted, disseminated, translated and used as background material, provided an acknowledgement and link to the source, TMS: Ukraine’s Partial Gas Cut to Europe Could Force Activation of Nord Stream 2, is included. Thank you.