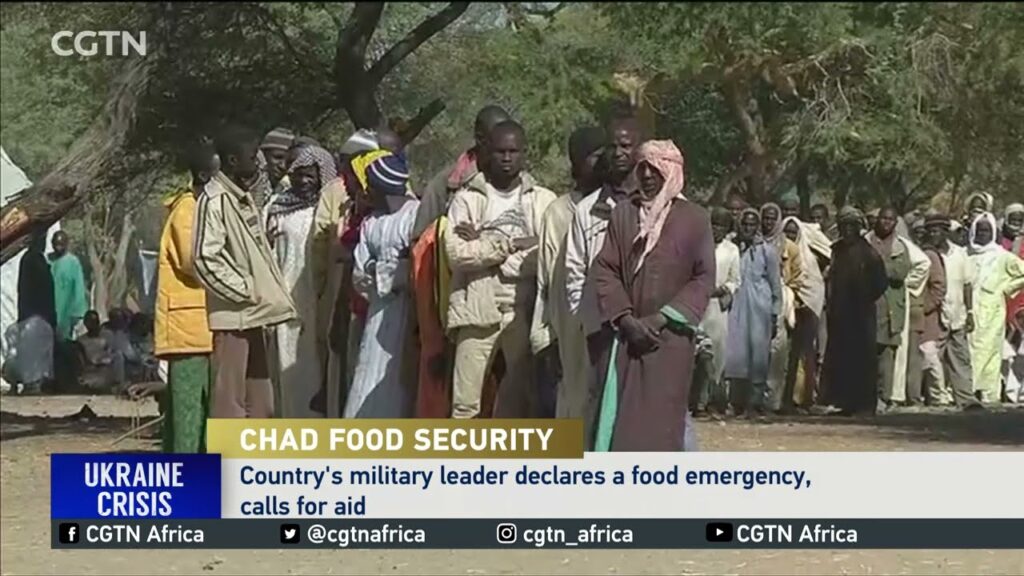 Two of the major agencies affiliated with the UN are warning of the potential for widespread hunger and famine in several geo-political regions of the world.

The World Food Program (WFP) and the Food and Agricultural Organization (FAO) have identified numerous states warranting immediate attention as the problems of climate change, internal conflict, economic downturns and the continuing war in Ukraine are exacerbating the current crisis.

In the Sahel region of Africa, the nation of Chad, is challenged by grain supplies which have dropped to dangerous lows forcing the transitional military-dominated government to declare a food emergency requesting that aid be sent into the country to avoid further food deficits. Chad has been severely impacted by drought leaving large areas of farmland unproductive.

A landlocked country in Central Africa consisting of 16.4 million people, historically the former French colony has suffered from political instability engendered by its ongoing dependency on Paris and the United States for economic assistance and military involvement. Successive military regimes have thwarted any semblance of democratic practice despite the country’s leaders being beholden to the imperialist countries in Western Europe and North America.

A decree signed by Chad’s interim President Mahamat Idriss Deby declaring a food and nutrition emergency was issued on June 2. “This decision follows the constant deterioration of the food and nutritional situation this year and taking into account the growing risk to populations if no humanitarian aid…is provided,” the statement said.

Chad along with neighboring Niger, are facing similar shortages of grain as well as fertilizer which have increased exponentially in prices. These levels of inflation are being experienced throughout the entire world where capitalism remains the dominant mode of production and exchange. Farmers, small business owners and workers are being forced to reduce their food intake on a daily basis. These factors are placing millions in danger of malnutrition, particularly children.

UN officials are saying that 5.5 million people living in Chad, more than one-third of the population, are in need of food assistance. Out of this figure of 5.5 million, 2.1 million have fallen into the category of acute lack of nutrition, imperiling a huge segment of the people inside this country, one of the most underdeveloped states internationally.

Chad remains a largely rural country dependent upon agricultural and livestock production which includes cotton for export to western countries. Natron, a mineral utilized in the manufacturing of soap and medicine, is also a source of economic livelihood. With the drought worsening, larger swaths of land utilized for planting, harvesting and animal husbandry are no longer suitable for production.

Over the last two decades, the discovery and exploitation of oil resources has become the largest source of national income. The oil resources are located in areas north of Lake Chad and are estimated to be the tenth largest reserve on the African continent totaling 1.5 billion barrels of proven supply as of 2018.  In excess of 140,000 barrels per day were being generated as of 2020. Although oil is the mainstay of the economy, around 90 percent of production is exported.

Nonetheless, the existence of the G5 Sahel Joint Force since 2017 has not curbed the internal security problems in the West and Central Africa regions. This grouping consists of five African states: Chad, Burkina Faso, Mali, Niger and Mauritania. Operation Barkhane, which overlaps with the G5 Sahel Joint Force, is largely coordinated by France with the assistance of Washington and other NATO states. At the founding meeting of the G5, the U.S. pledged $60 million under the guise of providing support for the military conflicts with Islamic jihadist organizations which have escalated their attacks throughout Mali, Niger and Burkina Faso.

With the links between the NATO countries and the jihadist armed groups such as al-Qaeda and ISIS long confirmed, there is a growing awareness in Mali and other member countries of the inability of the western states to effectively curb deadly attacks against governments and civilians in the West Africa region. Mali, which has undergone two military coups since 2020, announced its withdrawal from the G5 Sahel Joint Force in early 2022 placing the future of this tenuous alliance in jeopardy. Relations between Mali and France have deteriorated over the last two years prompting Bamako to demand the departure of all military and diplomatic personnel from the former colonial power to leave the country with immediate effect. 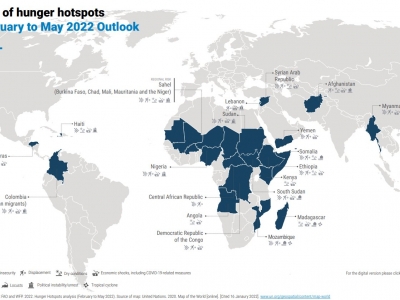 Chad, the Sahel and the World Food Crisis

The WFP website published an article on June 6 saying of the international threat of food insecurity and famine that: “According to the May 2022 Hunger Hotspots report, Ethiopia, Nigeria, South Sudan, and Yemen remain at ‘highest alert’ as hotspots with catastrophic conditions, and Afghanistan and Somalia are new entries to this worrisome class since the previous hotspots report in January 2022. These countries all have segments of the population facing IPC phase 5 ‘Catastrophe’ – or at risk of deterioration towards catastrophic conditions, with a total of 750,000 people already facing starvation and death in Ethiopia, Yemen, South Sudan, Somalia and Afghanistan.”

Although this UN humanitarian agency issued this most recent warning, most of the focus within the western corporate and government-controlled media is on the crisis in Ukraine where the Russian Federation has engaged in a special military operation aimed at de-militarizing Kiev, removing the far-right Neo-Nazi elements from authority and protecting the Russian-speaking minority in the eastern Donbass region. Almost all of the news reports emanating from “official” sources within the capitalist states categorically blames the Russian government for the war in Ukraine as well as the burgeoning global food insecurity impacting billions within Africa and Asia.

Unprecedented sanctions leveled against the government of Russia has hampered the capacity of Ukraine and Moscow, two of the world largest producer of grain, wheat and other agricultural products along with inputs such as fertilizer, to conduct trade in countries in Africa and Asia. Previous methods of payment and shipping are being blocked due to the sanctions implemented by the administration of President Joe Biden and the European Union (EU). Russia has denied that the problems of ports being closed in southern Ukraine is at the aegis of their government. Turkey has recently expressed an interest in mediating some type of humanitarian corridor to facilitate the export of food.

The same WFP report issued on June 6 goes on to note: “The Democratic Republic of the Congo, Haiti, the Sahel region, the Sudan, and Syria remain ‘countries of very high concern’ with deteriorating critical conditions, as in the previous edition of this report – with Kenya a new entry to the list. The report finds that – alongside conflict – climate shocks will continue to drive acute hunger in the outlook period from June to September 2022 and we have entered a ‘new normal’ where frequent and recurring droughts, flooding, hurricanes and cyclones decimate farming, drive displacement and push millions to the brink in countries across the world. Sri Lanka, West African coastal countries (Benin, Cabo Verde, and Guinea), Ukraine and Zimbabwe have been added to the list of hotspots countries, joining Angola, Lebanon, Madagascar, and Mozambique which continue to be hunger hotspots.” 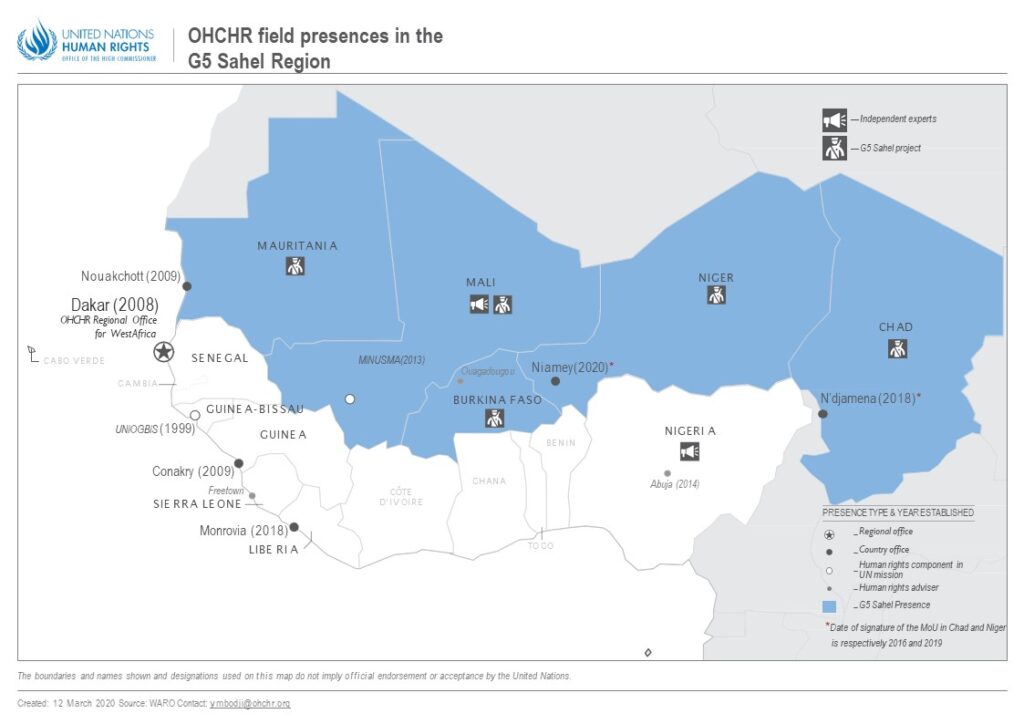 Imperialism Remains at the Core of the Global Food Crisis

Leading up to the February 24 Russian intervention in Ukraine and over more than three months since the war began, the Biden administration has not only instigated and expanded the fighting they have systematically sabotaged efforts to reach a ceasefire and peace settlement. The western media has conveyed that at least $55 billion in direct assistance to Ukraine has been awarded by Washington to continue the clashes in a failed attempt to weaken Russia and its current government headed by President Vladimir Putin.

This sponsoring of a conventional war in Eastern Europe has aggravated the already economic difficulties engendered by the COVID-19 pandemic. Runaway inflation is not only negatively affecting states in Africa, Asia and Latin America, the working-class people in western capitalist countries are also suffering from ever-increasing prices for fuel, food, rents and other commodities.

The governments of the UK and the U.S. are losing the confidence of their electorates. In Britain, the government of Prime Minister Boris Johnson was subjected to a vote of no-confidence on June 6 where a sizeable minority of the Conservative Party wanted to eject the current leader from office.

In the U.S., President Biden and the Congress people of both ruling parties, the Democrats and Republicans, are polling very low among the electorate. A Gallup Poll result for May rated Biden at only 41% of approval from U.S. voters. The president has not articulated any policy initiatives that would curb inflation and provide a road to economic recovery for the workers, oppressed and impoverished masses inside the country.

The basis for unity within the U.S. Congress and the administration is to continue and intensify the war in Ukraine. Once the people realize that the Pentagon budget and imperialist war can only lower their living standards while placing the globe under threat of famine along with a nuclear conflagration, a genuine antiwar movement can arise which could force the government to end its imperialist agenda and place the needs of the majority of people at the center of domestic and foreign policies.

Anticopyright: Editorials and articles originated on TMS may be freely reprinted, disseminated, translated and used as background material, provided an acknowledgement and link to the source, TMS: Chad Declares Food Emergency While International Agencies Sound the Alarm, is included. Thank you.