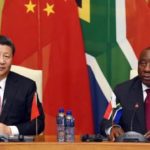 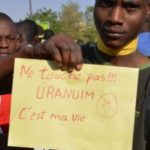 1 Jan 2018 – The presence of Pentagon and French military personnel in Niger is indicative of the ever-widening AFRICOM and NATO efforts to maintain control over the land, resources, labor and waterways of the African continent. Throughout the Economic Community of West African States region, AFRICOM is active in conducting joint maneuvers with national armies and navies. The imperialist powers are carefully positioning themselves to serve their own strategic and economic interests.

Mediterranean Migrant Crisis: ‘EU and US Have to Own Up to What They Have Done in Libya’
Abayomi Azikiwe - Russia Today, 27 Apr 2015

The West should recognize that the situation with African migrants trying to escape to Europe is a serious crisis which needs to be addressed on an international level, Abayomi Azikiwe, editor, Pan-African News Wire, said.

US Military Intervention in Africa: The East African Response Force, a Creation of the Pentagon
Abayomi Azikiwe - Global Research, 17 Feb 2014

Growing instability in East and Central Africa will be the focus of Washington’s intervention.

Despite French military intervention and claims of success in fighting Islamist militias, the conflict in Mali is getting worse. There is also some evidence of imperialist propaganda about the course of events.

Neo-Colonial Intrigue, Minerals, Militarism and the Struggle for Sovereignty and Unity