3 Jun 2022 – In at least two regions of the African continent food deficits are a major concern for political officials and humanitarian organizations.

The Russian special military operations in neighboring Ukraine have brought to the surface a number of persistent economic problems which have plagued the world since the beginning of the COVID-19 pandemic that emerged during the early months of 2020.

President Macky Sall of the West African state of Senegal, the current elected chairman of the 55 member-states African Union (AU) along with AU Commission Chairman Moussa Faki Mahamat, visited the Russian President Vladimir Putin to discuss measures which could alleviate the escalating problems related to the lack of food and agricultural inputs. These discussions took place on June 3 while fuel and food prices are escalating around the world including within the western capitalist states. Corporate and capitalist government-controlled media outlets have sought to blame the situation on the Russian military, saying that at the aegis of President Putin, the southern ports of Ukraine on the Black Sea are being blocked from exporting vital food and other agricultural products.

The Russian government has denied these allegations and briefed both Mahamat and Sacky on what they perceive as the actual reasons behind the delay in exports to African states. AU member-states engage in large-scale trade with the Russian Federation and consequently have a vested interest in resuming the flow of goods and services. More than half of the countries which abstained in United Nations General Assembly votes to condemn Moscow at the aegis of the United States, were from the continent. Africa historically has a much different relationship with the Russian monarchy, the Union of Soviet Socialist Republics (USSR) and the Russian Federation than what has existed vis-a-vis Western Europe and North America.

In 2019, a Russia-Africa Summit was held a Sochi in order to deepen exchanges between Moscow and the AU member-states. Under the administration of President Joe Biden, the State Department has sought to mobilize African support for the expansion of NATO in Europe through waging a proxy war in Ukraine, which has strong economic, ethnic and social ties with the Russian Federation.

During the period of the Soviet Union, Moscow was a leading supporter of national liberation movements seeking to gain their independence from European colonial powers which were backed by the U.S. The Soviets provided educational scholarships, military training and arms to various organizations fighting to break the chains of domination emanating from Lisbon, London, Paris and Washington. Even the most widely known and oppressive colonial systems that were in existence in the former Portuguese colonies along with the settler-colonies of South Africa, Rhodesia (now Zimbabwe) and Southwest Africa (now Namibia), the U.S. refused for decades to assist in the decolonization process through democratic practices advocated by the liberation movements. U.S.-based corporations maintained substantial investments in Northern and Southern Rhodesia, apartheid South Africa and Namibia well into the periods leading up to the ascendancy of power by the genuine representatives of the masses within these colonial states. AU Attempting to Break the U.S. Sanctions Regime Towards Russia

During the June 3 visit by Sall and Mahamat, the principal discussions were centered around efforts to mitigate the negative economic impacts which have arisen since the escalation of draconian sanctions against Moscow.  Russia intervened in Ukraine on February 24 in response to the continued attacks on the population within Donbass and Lugansk autonomous regions in the east of the country. Both Ukraine and Russia are major exporters of food and other agricultural products.

In an article published by the French Press Agency (AFP), it says of the AU leadership visit to Moscow that: “African Union head Macky Sall said on Friday he was ‘reassured’ after talks in Russia with President Vladimir Putin on food shortages caused by Moscow’s military campaign in Ukraine. Putin hosted the Senegalese president, who chairs the African Union, at his Black Sea residence in Sochi on the 100th day of Moscow’s offensive in Ukraine. Global food shortages and grain supplies stuck in Ukrainian ports were high on the agenda.” (https://ewn.co.za/2022/06/03/au-head-says-reassured-after-talks-with-putin-on-food-shortages-moscow-african-union-head-macky-sall)

Food deficits are occurring with the potential for causing famine in the Sahel and Horn of Africa regions. These shortages of grain and other staple foods are being exacerbated by the internal conflicts which are a direct result of U.S., French and NATO interference in the internal affairs of the various states. There is growing discontent with the presence of the French Armed Forces and the U.S. Africa Command (AFRICOM) on the continent. In Mali, the military government has accused France of human rights violations under the guise of assisting the West African country in their battles against Islamic jihadist groups.  The military coup leaders have demanded that Paris withdraw all of its military and diplomatic personnel from Mali.

These same jihadists organizations and their allies have their origins within counter-insurgency program established by the U.S. in Afghanistan, Iraq and Syria. In the North African state of Libya during 2011, these same affiliated groups were utilized as ground troops while the Pentagon, NATO and their aligned governments bombed the country for seven months, killing tens of thousands and dislocating many others. Since the destruction of Libya by the Pentagon and NATO under the administration of President Barack Obama and then Secretary of State Hillary Clinton, Libya has not known any peace and stability. Several attempts to establish neo-colonial client regimes have consistently failed. 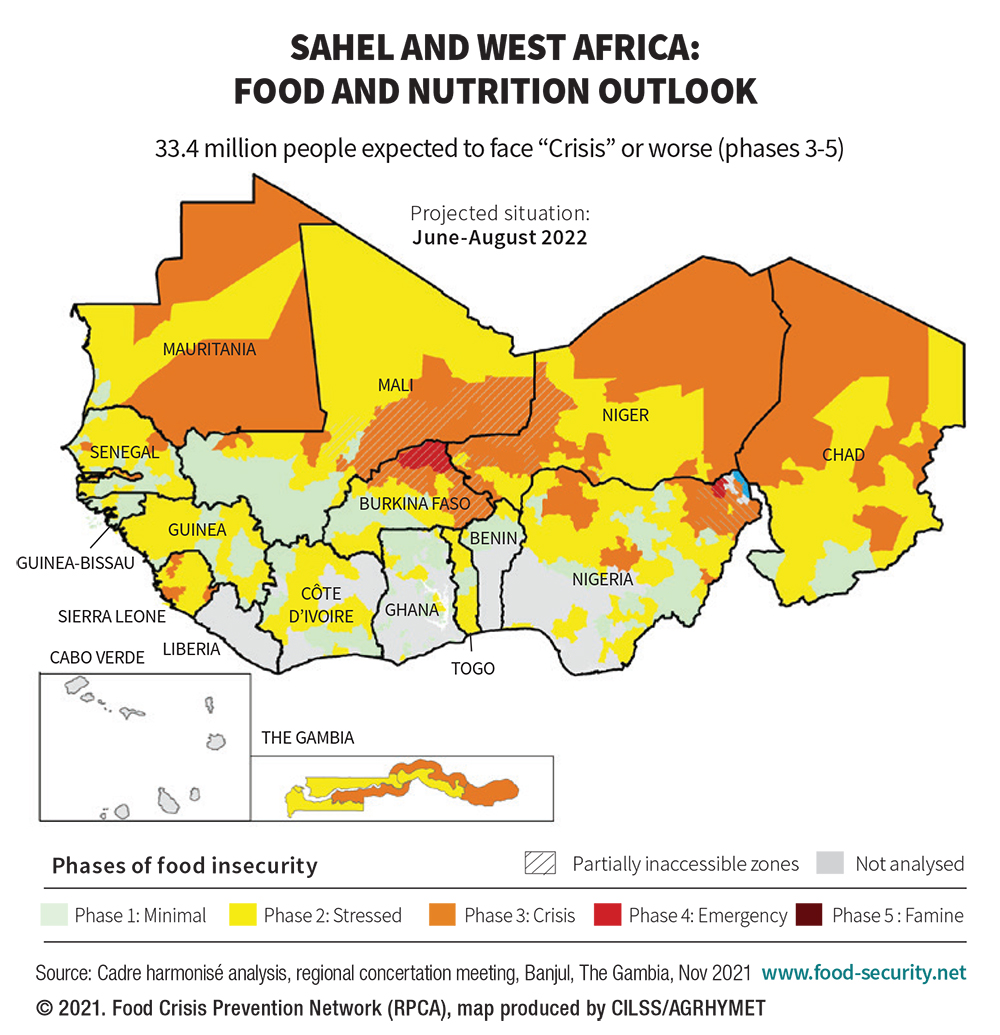 The same above-mentioned AFP report said further in quoting the Senegalese President noting: “’I found Vladimir Putin committed and aware that the crisis and sanctions create serious problems for weak economies, such as African economies,’ Sall told journalists, adding that he was leaving Russia ‘very reassured and very happy with our exchanges’. Ahead of the talks, which lasted three hours, Sall asked Putin to ‘become aware that our countries, even if they are far from the theatre (of action), are victims on an economic level’ of the conflict…. In his remarks in front of reporters before the talks, Putin did not mention grain supplies but said Russia was ‘always on Africa’s side’ and was now keen to ramp up cooperation. ‘At the new stage of development, we place great importance on our relations with African countries, and I must say this has had a certain positive result,’ Putin added…. ‘No-one is blocking these ports, at least not from the Russian side,’ Kremlin spokesman Dmitry Peskov said. Putin has said Moscow is ready to look for ways to ship grain stuck at Ukrainian ports but has demanded the West lift sanctions.” 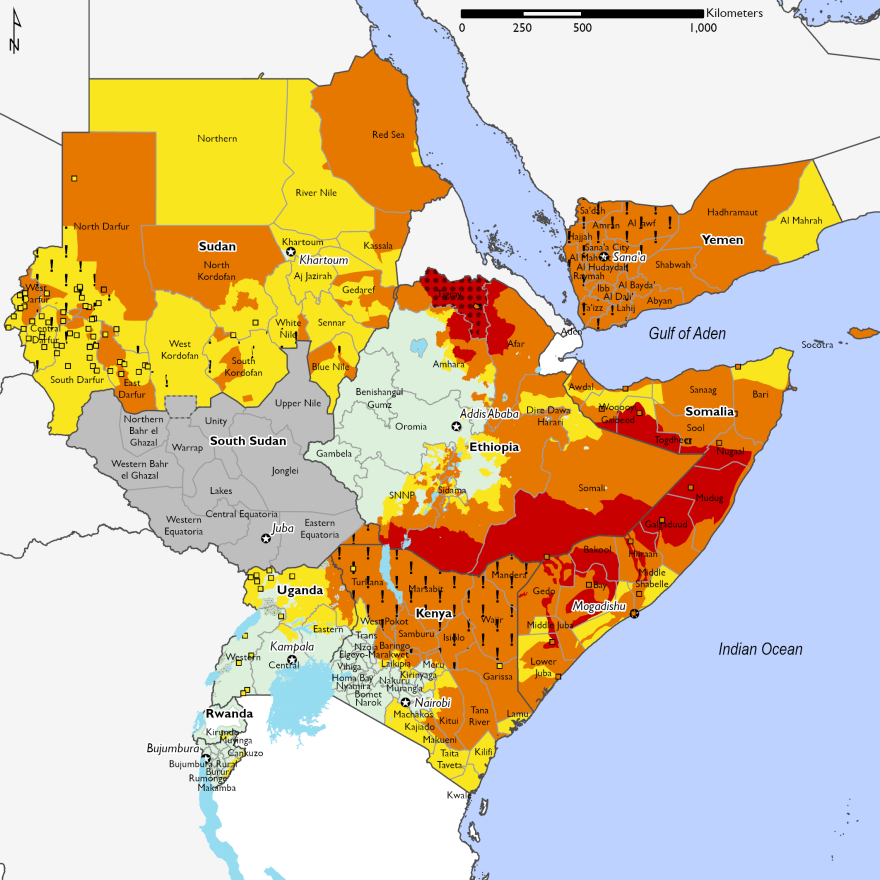 These talks between the AU leadership and the Russian president illustrate the importance of enhancing channels of communications and trade outside the influence of Washington, London and Brussels. Obviously, part of the motivations behind Washington’s funding of the war in Ukraine is related to the weakening position of the U.S. in global affairs. The unilateral withdrawal from Afghanistan during August 2021, exposed the utter failure of the U.S. “war on terrorism” initiated by the Republican administration of President George W. Bush, Jr. and maintained by successive governments from both dominant capitalist parties.

Moreover, the deliberate sabotage of any meaningful peace talks between Kiev and Moscow by the Biden administration since the beginning of the war exposes the role of the U.S. in continuing the current crisis. The war in Ukraine is part and parcel of a broader strategy of also attempting to weaken the People’s Republic of China. Biden’s visit to Taiwan and his threats to militarily intervene if Beijing brings Taipei under its administrative control, is yet another example of the imperialist militarism being enunciated by the U.S. The announced meeting on June 3 between Secretary of Defense Lloyd Austin and his Chinese counterpart notwithstanding, there are definite problems surfacing within the ranks of Biden’ advisors and supporters within the corporate media.

Asia Times in a recent report remarked on the significance of the several New York Times editorials calling for a shift in Ukraine policy by the administration. The NYT editorial board has reached the conclusion that what the U.S. considers as an outright victory in Ukraine is not feasible and remains a dangerous course to pursue in regard to European foreign policy. 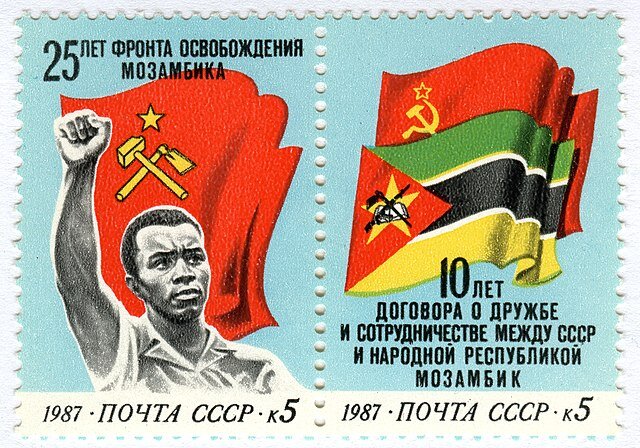 Africa solidarity with the Soviet Union during the 1980s

This article from Asia Times says: “The United States and NATO are already deeply involved, militarily and economically. Unrealistic expectations could draw them ever deeper into a costly, drawn-out war.’ ’Recent bellicose statements from Washington – President Biden’s assertion that [Russian President Vladimir] Putin ‘cannot remain in power,’ Defense Secretary Lloyd Austin’s comment that Russia must be ‘weakened’ and the pledge by the House Speaker, Nancy Pelosi, that the United States would support Ukraine ‘until victory is won’ – may be rousing proclamations of support, but they do not bring negotiations any closer.’ While The Times dismisses these statements as ‘rousing proclamations,’ it is all too clear that for the neocons in charge of U.S. foreign policy, the goal has always been a proxy war to bring down Russia. This has not become a proxy war; it has always been a proxy war. Clearly if Russia is ‘too strong’ to be defeated in Ukraine, it is too strong to be brought down as a superpower.” (https://asiatimes.com/2022/05/nyt-repudiates-drive-for-decisive-military-victory-in-ukraine/)

Operating out of the Wolfowitz Doctrine taken from a 1992 position paper saying that since the collapse of socialism in Eastern Europe, the U.S. must move towards complete global hegemony, has been the source of a systematic downturn in the status of Washington on the international scene. These same policies since the second Bush administration during the 2001-2009 period have resulted in the further impoverishment of the working class and the oppressed within the capitalist states.

Under the Biden administration, inflation has soared to levels not experienced since the late 1970s and early 1980s. Neither the Democrats nor the Republicans are offering any solutions to the present economic crisis.

Consequently, working class and oppressed peoples in the U.S. must reject the war policies of Biden, Republicans and the Democrats which have endorsed $55 billion in much needed funds to perpetuate the failed war in Ukraine. The only solution for the people of Africa and the U.S. is to build international solidarity aimed at achieving genuine peace and global security.

Anticopyright: Editorials and articles originated on TMS may be freely reprinted, disseminated, translated and used as background material, provided an acknowledgement and link to the source, TMS: African Union Leaders Meet with Russian Government amid Escalating Food Crisis, is included. Thank you.