26 Jun 2022 – The quick shift by rich European countries to “dirty” energy sources such as coal instead of managing demands raises serious concerns about the fate of global climate action and the future of the environmental movement. 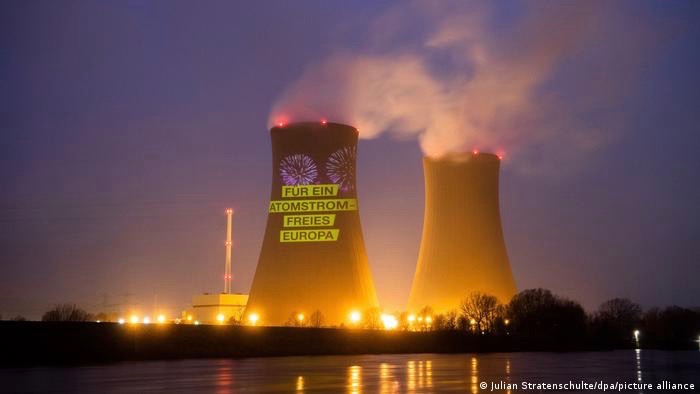 At least three major European economies have decided to go back on their commitments to “green energy” amid the ongoing energy shortage, putting a question mark on the future of the global environmental movement. This disastrous shift in policy is another example of how the West’s economic warfare against Russia has a global cost.

People across the continent are facing an unprecedented rise in prices of essential commodities, including food and fuel, following the proxy war between the West and Russia in Ukraine and the imposition of various rounds of economic sanctions and cultural boycott against Russia. Common people are forced to suffer due to the collective mistakes of policy makers who failed to assess the possible repercussions of blindly pursuing geostrategic ambitions over the welfare of the people.

The EU’s quick abandonment of its commitments to green energy in the context of this self-made crisis puts into question the future of global climate action and the regime set after the 2015 Paris climate agreement.

Sanctions come back to bite Europe

The European Union (EU) has decided to completely ban import of Russian oil by the end of the current year, and plans to phase out its dependence on Russian gas by 2030. Earlier this month, in retaliation to the economic sanctions imposed by the EU and refusal to pay for gas in Rubles, Russia’s state owned Gazprom decided to shut gas supplies to various countries and reduce its supply to others, like Germany, by 60%. The EU has already imposed sanctions on Gazprom and decided to terminate approval for a new gas pipeline with Russia.

While announcing the decision to shift to coal-fired power plants to produce the required electricity to meet its needs, Germany’s Economy Minister Robert Habeck said on Sunday that “to reduce gas consumption, less gas must be used to generate electricity. Coal-fired power plants will have to be used more instead.” He added that this was a bitter but necessary solution.

The move is a complete U-turn for Germany. The country’s new government, which includes the Greens, had in January decided to shut most of its coal plants by 2030 and completely eliminate coal-based energy production in the country by 2038. It had vowed to increase the share of renewables in energy production to up to 80% from the current 40% by 2030.

Europe is also looking for alternative sources of gas. However, given the increased global demand due to the post-COVID-19 recovery and the lack of enough suppliers, mostly due to US sanctions on countries such as Iran, the job looks difficult.

Various countries in Europe, including Italy, France and Germany, have announced an energy emergency. However, none of them have decided to focus on reducing the level of consumption or investing in alternative energy resources. This has compromised EU’s commitments to the climate regime and raises the issue of climate hypocrisy.

Under the Paris agreement, the EU had agreed to cut its emissions by 55% by 2030 from 1991 levels. The shift to coal in a massive way in Europe’s biggest economies, Germany, Italy and others, will seriously affect this commitment.

This was accepted by European Commission President Ursula von der Leyen who claimed that “we have to make sure that we use this crisis to move forward and not to have a backsliding on the dirty fossil fuels.”

The decision to shift to coal-based production gives the false impression of lack of options. German policy makers have also paid little attention to reduction of energy consumption in various industries or delaying the shutting down of nuclear power plants.  Instead of calling for suspension of production in non-essential units for some period, Leyen and Habeck asked common Europeans to reduce their consumption of electricity. Leyen asked Europeans to decrease heating in their homes by two degrees, claiming that “this would compensate for the whole delivery [Nord] stream.”

According to Habeck, Germany has entered the second phase of its natural gas emergency now, with just 57% gas reserves against the required 90%. Habeck said that Germany needs to save gas to face the coming winter, otherwise “it will be really tight in winter.”

Similar announcements have been made by the governments in Netherlands and Austria. The Netherlands had a rule according to which all coal-fired power plants were expected to operate at 35% capacity. However, Rob Jetten, Netherland’s Climate and Energy Minister, said on Tuesday that “the cabinet has decided to immediately withdraw the restriction on production for coal-fired power stations.”

Austria, which had ordered shutting down of all coal-based power plants two years back, decided on Sunday, June 19, to restart one of its biggest coal-based plants, operated by private energy giant Verbund AG. The country reportedly has just 39% of its annual gas needs assured.

These decisions have raised serious concerns about the future of the global climate campaign. Several commentators have pointed out Europe’s hypocrisy as it keeps on suggesting to others, mostly third world countries, to shift away from fossil fuel often at the cost of their economic development, while refusing to make similar compromises and rushing to fossil fuels when hit by an energy shortage.