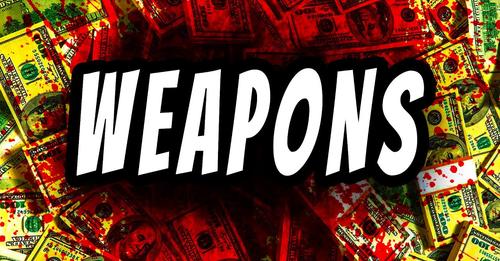 The U.S. says weapons, weapons, and more weapons, are the solution for everything!  More weapons for Ukraine!  Arm teachers in schools!  Put armed guards everywhere!

31 May 2022 – The risk of global nuclear war has never been higher. The US is pushing NATO expansion in Europe, and a proxy war in Ukraine against Russia. China sees the US pushing for an Indo-Pacific alliance similar to NATO directed at China and possible war over Taiwan. It’s all about the US Global Empire of domination. The US wants a uni-polar world with the US on top, not a multi-polar world, and this is threatening the survival of the human race. Meanwhile climate catastrophe worsens!

The U.S. has more than 750 military bases in 80 countries and over 4000 bases in America. The US has spent 8 trillion dollars on war since 2001 and killed, injured, and displaced tens of millions of people, creating chaos and dysfunction in many countries. All in the name of advancing “freedom & democracy.” Much of the world now consider the US the greatest threat to peace on the planet.

It’s been said that once weapons were manufactured to fight wars. Now wars are manufactured to sell weapons. The war machine is the biggest part of the US federal budget and the arms merchants are making a killing. The US 2022 military budget is over $800 Billion and passed with bipartisan support. That’s more than the next 12 countries’ military budgets combined. Instead of more war, we need a ceasefire in Ukraine, negotiations, and diplomacy for peace. Peace heals. Peace is a victory for all sides. 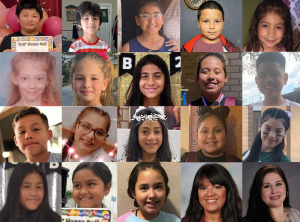 Stop the killing of children!

There are now more guns than people in the U.S. Estimates are 430 million civilian guns, including 20 million AR – assault rifles, in a nation of 334 million people. The number of guns manufactured in the US has nearly tripled over the past two decades and gun industry profits are exploding along with mass shootings in schools, food stores, churches, outside sporting events, etc. Hate, racism, and white nationalism are on the rise. There have been 230 US mass shootings in 34 different states, including Washington, D.C., in the first half of 2022. Enough! The violence needs to Stop. End the wars! Ban Assault weapons! Provide government funding for unmet human needs instead of war, to help heal people and our communities, and build a more just society for all.

Stop Glorifying War & Assault Weapons!
The US Needs to Turn Away from Violence!