Hundreds of Millions of Human Workers Treated Worse than Robots

14 Jul 2022 – While the world’s big private business pours billions of dollars in producing automatic machines and assuring their optimal functioning, barely no money has been invested in the hundreds of millions of human workers, who are left shockingly unprotected, treated like cheap robots, or even worse. 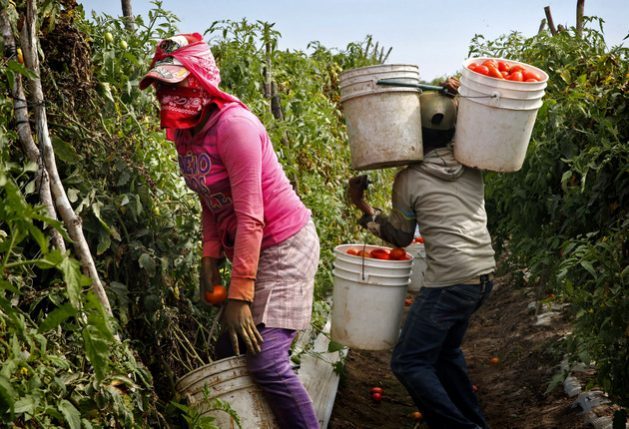 This means that only 6% of their total number –estimated at over 75 million worldwide– have access to comprehensive social protection.

In its mid-June 2022 report: Making the right to social security a reality for domestic workers, the International Labour Organization (ILO) also informs that about half of all domestic workers have no coverage at all, with the remaining half legally covered by at least one benefit.

The extension of effective coverage has lagged significantly behind that of legal coverage ILO explains. Only one-in-five domestic workers are actually covered in practice because the vast majority are employed informally.

Despite their vital contribution to society, supporting households with their most personal and care needs, most of the world’s 75,6 million domestic workers face multiple barriers to enjoying legal coverage and effective access to social security, the report explains.

“They are often excluded from national social security legislation.”

More than 60% of the world’s adult labour force –or about 2 billion workers– work in the informal economy. They are not recognised, registered, regulated or protected under labour legislation and social protection. The consequences can be severe, for individuals, families as well as economies

Women, three-quarters of all

As 76.2% of domestic workers (57.7 million people) are women, such social protection gaps leave them particularly vulnerable.

Most of them do not have access to social insurance schemes benefits related to unemployment or employment injury, also according to the world’s main labour body.

No protection in the Americas, Arab region, Asia, Africa 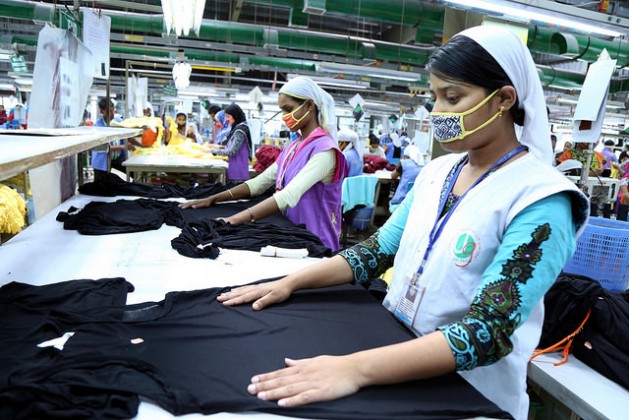 Asia is the largest garment manufacturer in the world. Despite increase in real wages for most workers, their working conditions have remained poor and characterised by widespread informality and vulnerability. Credit: Obaidul Arif/IPS

No decent work in the ‘garment factory’

Tragically, the unprotected tens of millions of domestic workers are not the only case of human rights abuse.

For example, Asia remains the ‘garment factory of the world,’ yet the sector faces an array of challenges many of which have been accelerated by the COVID-19 pandemic, according to a 24 June new ILO report: Employment, wages and productivity in the Asian garment sector: Taking stock of recent trends.

The study highlights how the industry still accounts for 55% of global textiles and clothing exports and employs some 60 million workers.

The situation has been exacerbated by the impact of COVID-19.

A biological hazard as any micro-organism, cell or other organic material that may be of plant, animal, or human origin, including any which have been genetically modified, and which can cause harm to human health, explains the International Labour Organzation.

This may include, but is not limited to, bacteria, viruses, parasites, fungi, prions, DNA materials, bodily fluids, and other microorganisms and their associated allergens and toxins.

Both infectious and non-infectious biological hazards can be a significant health threat in numerous sectors and workplaces worldwide.

To deal with this alarming issue, experts from governments and employers’ and workers’ organisations meeting at the International Labour Organisation (Geneva, 20 to 24 June) adopted guidelines for handling biological hazards in the working environment.

They provide specific advice, aligned with international labour standards, on preventing and controlling work-related injuries, diseases, and deaths related to exposure to biological hazards in the working environment.

“This includes questions related to the responsibilities and rights of competent authorities, employers, occupational health services and workers, workplace risk management, workers’ health surveillance, and preparedness and response to emergencies.”

Social protection for rural workers “remains a dream”, according to a report launched in Geneva on 7 July 2022 by the Bureau for Workers’ Activities (ACTRAV), part of the UN’s International Labour Organization.

This is of particular concern for those in precarious work conditions, including informal, casual, temporary and subcontracted workers and day labourers who form the large majority of workers on agricultural plantations, laid out in the study: Decent work deficits among rural workers.

Based on 16 case studies covering 15 countries in Africa, Asia, Central Asia, Europe and Latin America, the report shows that deficits in working conditions are found in every sector and in relation to every substantive element covered by the framework of the ILO’s Decent Work Indicators.

It reveals that “child and forced labour as well as debt bondage remain a reality for many worldwide.”

Up to 95% of children engaged in hazardous work are employed in agriculture, notably in the cocoa, palm oil and tobacco sectors. And forced labour is linked to the many ways workers are dependent on employers.

80% of all working poor, in rural areas

Meanwhile, about 80% of the world’s poor live in rural areas, many of whom face severe decent-work deficits, including inadequate safety, low pay, lack of stability and security, and excessive working hours – with women and young workers hit the hardest.

And women are disproportionately represented in the most precarious positions; having to accept low-paying, low-skilled jobs, suffering huge gender pay gaps, and are more prone to workplace harassment and abuse compared to male workers, the report reveals.

The report also describes chemical exposure as posing serious health and other risks to agricultural workers, particularly to children and pregnant and lactating women.

“Most rural workers operate in the informal economy, which includes a large proportion of women working as unpaid care workers who have no access to maternity leave and other essential protections.”

Add to all the above that over 60% of world workers are not recognised, not registered, not protected.

In fact, the UN reports that more than 60% of the world’s adult labour force –or about 2 billion workers– work in the informal economy. “They are not recognised, registered, regulated or protected under labour legislation and social protection. The consequences can be severe, for individuals, families as well as economies.”

Maybe because they are just humans?