My Name Is ARMFIN. I Am the God of Total Power

I am working these days on the global war in Ukraine and the financialisation of water and nature on a global scale. The freewheeling text below has emerged as a ‘side effect’.. RP 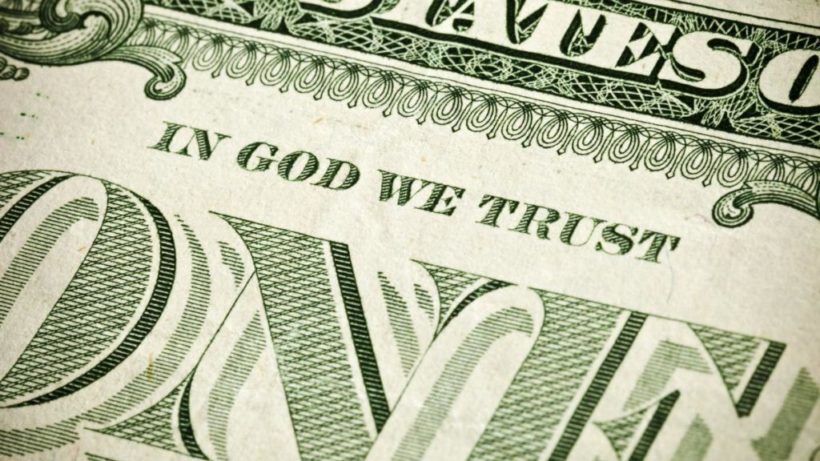 7 Jul 2022 – I come from distant, dark times, sired by many mothers and many fathers in every part of the universe.

Originally, I was only strength. To exist and survive, I had to capture the force from which I was born. So I grew up stealing energy from life: from stones, water, animals, plants, earth, wind, sun… and today from atom, cells, light, intellect. A violent force, that is, that I have used and use by all means to impose myself on other forms of life. It grows relentlessly and without limit whenever I steal life. Today, I possess an infinity of weapons of all kinds to conquer, subdue, direct, control, exploit, destroy, kill. I am THE DOMINANT.

Gradually, I became intelligence, specifically the ability to evaluate and measure things according to my existence and, above all, my power. What is of value to me is my interest, my utility, my power to dominate because “I can buy everything”, I am and have money, I can “be the exclusive owner of everything”, of all material and immaterial things, and subject them to my will, desires… Today, money reigns over everything. I am, THE OWNER.

My name is beautiful, it says what I am: ARMFIN.

My identity code is UCT. It stands for Universal Capitalist Theology, the conception of life that underlies my cult and gives meaning and legitimacy to the existence of everything. It is a theology because I talk about myself, about God. It is universal because it cannot be otherwise. Theology has no boundaries of time and space, it is ‘one’, and human history tends ‘towards the one’ (universal). And, finally, capitalist, because the means (capital) are necessarily appropriated by the individual to translate into the conquering and dominating force (violence) of life.

The tables of UCT law are simple and unambiguous. The basic foundation is the private ownership of everything that is considered useful, including that which is indispensable for life. Second: everything is a commodity, an object of exchange and its value is determined by the exchange price in the markets of goods and services, especially in the speculative financial markets (where money is made from money and not from goods and services). Hence the third principle: relationships between people are by nature competitive, aiming at maximising individual or group utility and survival at the expense of others. To be competitive, the fourth principle, one must be more innovative than the other competitors, in terms of prices and quality of goods and services, thanks to new technologies that are constantly and rapidly changing. Thus, the conqueror/dominant is the one who owns the ownership and controls the production and use of key technologies in financial markets. The fifth principle states, therefore, that economic activities, in particular techno-scientific and financial activities, must be freed from the controls of states and public authorities, must be, it is said, de-regulated and thus enable the realisation of the last fundamental principle: to form a great single world economy, through world markets led by a world finance.

Only those who profess and apply the UCT code perform the indispensable act of faith and belief in subservience and allegiance to my power. They enter into my grace and deserve my recognition and support. They are my beloved subjects. The others are the rebels, the evil ones, my enemies and I do not tolerate their existence. I use my power to wage war against them, exterminate them, erase them from the world. As for the weak, diseased subjects, unable to contribute to my power according to the rules of the UCT, I abandon them to their fate, even if from time to time I send some help for the sole purpose of not endangering the reproduction of an adequate army of ‘human resources’ necessary for the continuous creation of the means indispensable to the perpetuity of my power.

Among the subjects of Earth, my favourite one, for more than a century, is a state called the USA (United States of America), the overwhelming majority of whose population are faithful practitioners of the principles, precepts and rules of life according to the UCT.

The USA is the most heavily armed country in the world. Internally: despite some limitations introduced with the recent law on the sale and possession of firearms, it is the only country that allows US citizens, from the age of 18, the right to possess them for personal use. The US has the most powerful weapons arsenal in the world. They have 12 nuclear-powered aircraft carriers operating all over the world, more than the total number of aircraft carriers of other countries combined. They alone spend more than 40% of the world’s $2.1 trillion in military spending in 2021. They have some 900 military bases abroad when Russia has three and China only one. They have been at war continuously on all continents for 70 years. Their most important interventions in recent years include: Serbia (1999), Afghanistan (2001), Iraq (2003), Syria (2011), Libya (2011). They firmly believe in strength, because, they say, ‘only the strong will survive’. They are convinced that they are the strongest by nature and deserve to dominate the world. They are also deeply convinced that “what is good for he United States is good for the world”. They are very much like me.

It is the most capitalised country in the world. Out of the top 100 companies in the world in terms of stock market capitalisation in 2021, 59 are American, 14 Chinese (source: PwC). Out of the 30 most important technology companies in the world, 22 are US (source: Wired). The same applies to the 9 out of 15 most powerful pharmaceutical companies in the world. The US leads the world ranking of patents in force (intellectual property rights) with 3.5 million out of the world’s 15.9 million, followed by China, Japan, the Republic of Korea and Germany, especially in the artificial intelligence and military sectors (World Intellectual Property Index 2020). The three most powerful private investment funds in the world are American: Black Rock, Vanguard and State Street. Alone, Black Rock manages (2021) $9.5 trillion, more than the GDP of Germany and France combined. It owns stakes in more than 18,000 major companies worldwide. The three constitute a terrible financial armada commanding the world. The world’s largest stock exchange is American, the New York Stock Exchange (NYSE) aka ‘Wall Street’. The world’s leading commodities exchange is American, the Chicago Mercantile Exchange (CME), which owns, among other things, the share control of the stock exchanges of Paris, Brussels, Milan.

The USA is the most advanced human expression of the domination of money today.

They are the symbol of power as force/violence. In 2021 alone, 45,010 deaths and hundreds of thousands of gunshot injuries were recorded in the USA (source: Everytown For Gun Safety ).

There is no doubt about it, I am their God. It is no coincidence that since 1956 they have written on their coins and then since 1964 on their banknotes the motto ‘In God we trust’.

PS The US is neither the first nor the only loyal subject. To limit ourselves to the present, Russia is also a good example with a few more limitations. The EU countries are not bad, they are becoming more and more respectful and promoters of the UCT, as well as India, Turkey. The US has been saying for some years that their new systemic enemy is China because, they say, they are a threat to their world domination. Of course this is unacceptable to them. And I am their God.

Riccardo Petrella – Doctor of Political and Social Sciences, honorary degree from eight universities: in Sweden, Denmark, Belgium (x2), Canada, France (x2), Argentina. Professor emeritus of the Catholic University of Louvain (Belgium); President of the Institut Europeen de Recherche sur la Politique de l’Eau (IERPE) in Brussels (www.ierpe.eu); President of the “University of the Common Good” (UBC), a non-profit association active in Antwerp (Belgium) and Sezano (VR-Italy). From 1978 to 1994 he headed the department FAST, Forecasting and Assessment in Science and Technology at the Commission of the European Communities in Brussels and in 2005-2006 he was President of the Apulian Aqueduct. He is the author of numerous books on economics and common goods.