The West Is Experiencing a Contraction of Its Power, Not Necessarily Its Decline 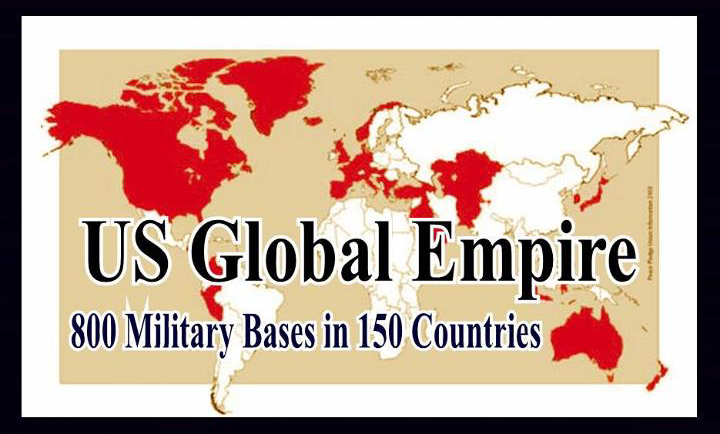 15 Jul 2022 – What Westerners call the West or Western civilization is a geopolitical space that emerged in the 16th century and expanded continuously until the 20th century. On the eve of World War I, about 90 percent of the globe was Western or Western-dominated: Europe, Russia, the Americas, Africa, Oceania, and much of Asia (with the partial exceptions of Japan and China). From then on, the West began to contract: first with the Russian Revolution of 1917 and the emergence of the Soviet bloc, and then, from mid-century onward, with the decolonization movements. Terrestrial space, and soon after, extraterrestrial space, became fields of intense disputes.

Meanwhile, what Westerners understood by the West was changing. It began as Christianity and colonialism, then changed to capitalism and imperialism, and then metamorphosed into democracy, human rights, decolonization, self-determination, and “rules-based international relations”—it was made clear that the rules would be established by the West and would only be followed when they served its interests—and finally into globalization.

By the middle of the last century, the West had shrunk so much that several newly independent countries made the decision to align themselves neither with the West nor with the bloc that had emerged as its rival, the Soviet bloc. This led to the emergence, from 1955-1961, of the Non-Aligned Movement (NAM). With the collapse of the Soviet bloc in 1991, the West seemed to go through a time of enthusiastic expansion. It was around this time that former Russian President Mikhail Gorbachev expressed his desire for Russia to join the “common home” of Europe, with the support of then-U.S. President George H. W. Bush, a desire reaffirmed by Vladimir Putin when he took power in 2000. It was a short historical period, and recent events show that the “size” of the West has since shrunk drastically. In the wake of the Ukraine war, the West decided, on its own initiative, that only those countries applying sanctions against Russia would be considered part of the pro-Western camp. These countries comprise about 21 percent of the UN member countries, which constitute only 16 percent of the world’s population.

One might think that the contraction of the West works in its favor because it allows it to focus on more realistic goals with greater intensity. A careful reading of the strategists of the hegemonic country of the West, the United States, shows that on the contrary, without apparently realizing the flagrant contraction, they show unlimited ambition. With the same ease with which they foresee being able to reduce Russia (one of the largest nuclear power in the world) to a vassal state or bring it to ruin, they foresee neutralizing China (which is on its way to becoming the first world economy) and soon provoking a war in Taiwan, (like the one in Ukraine) to achieve that purpose. On the other hand, the history of empires shows that contraction goes hand in hand with decline, and that decline is irreversible and entails much human suffering.

At the current stage, the manifestations of weakness are running parallel to those of strength, which makes analysis very difficult. Two contrasting examples help understand this point more clearly: The United States is the largest military power in the world (even though it has not won any wars since 1945) with military bases in at least 80 countries. An extreme case of domination is its presence in Ghana where, according to agreements made in 2018, the United States uses the Accra airport without any control or inspection, U.S. soldiers do not even need a passport to enter the country, and enjoy extraterritorial immunity, meaning that if they commit any crime, no matter how serious, they cannot be tried by Ghana’s courts. On the other hand, the thousands of sanctions on Russia are, for now, doing more damage in the Western world than in the geopolitical space being defined by the West as the non-Western world. The currencies of those countries that seem to be winning the war are depreciating the most. The looming inflation and recession led JP Morgan Chase & Co. CEO Jamie Dimon to say that a “hurricane” is approaching.

Is contraction a loss of internal cohesion?

Contraction can mean more cohesion, and this is quite visible. The leadership of the European Union, i.e., the European Commission, has in the last 20 years been much more aligned with the U.S. than the countries that make up the EU. We saw this with the neoliberal shift and with the enthusiastic support shown by former President of the European Commission, José Manuel Durão Barroso, for the invasion of Iraq, and we are seeing it now with the current commission President Ursula von der Leyen, who seems to be operating as the U.S. undersecretary of defense. The truth is that this cohesion, if it is effective in producing policies, can be disastrous in managing their consequences.

Europe is a geopolitical space that since the 16th century has lived off the resources of other countries that it directly or indirectly dominates and on whom it imposes unequal exchange. None of this is, however, possible when the United States or its allies are its partners. Moreover, cohesion is made up of inconsistencies, as seen in the conflicting narratives about Russia. After all, is Russia the country with a lower GDP than many countries in Europe? Or is it a force that wants to invade Europe, and serves as a global threat that can only be stopped with the help of investments provided by the United States for arms and security to Ukraine—already around $10 billion—a distant country of which little will remain if the war continues for a long time?

Does the contraction occur for internal or external reasons?

The literature on the decline and end of empires shows that, besides a few exceptional cases in which empires were destroyed by external forces—such as the Aztec and Inca empires with the arrival of the Spanish conquistadors—internal factors generally dominate in bringing about contraction, even though decline can be precipitated by external factors. It is difficult to distinguish the internal from the external, and the specific identification is always more ideological than anything else. For example, in 1964 the well-known American conservative philosopher James Burnham published a book titled Suicide of the West. According to him, liberalism, then dominant in the United States, was the ideology behind this decline.

For the liberals of the time, liberalism was, on the contrary, an ideology that would enable a new, more peaceful, and just world hegemony for the West. Today, liberalism is dead in the United States (neoliberalism dominates, which is its opposite) and even the old-school conservatives have been totally overtaken by the neoconservatives. That is why former U.S. Secretary of State Henry Kissinger (for many, a war criminal) upset the anti-Russia proselytes by calling for peace negotiations while talking about the Ukraine conflict during a conference at the World Economic Forum in Davos in May. Be that as it may, the Ukraine war is the great accelerator of the West’s contraction. While the West wants to use its power and influence to isolate China, a new generation of nonaligned countries is emerging. Organizations like BRICS (Brazil, Russia, India, China, and South Africa), the Shanghai Cooperation Organization, and the Eurasian Economic Forum are, among others, the new faces of the non-Western states.

We don’t know yet. It is as difficult to imagine the West occupying a subordinate space in the world context as it is to imagine it in an equal and peaceful relationship with other geopolitical spaces. We only know that for those leading the Western states, either of these hypotheses is either impossible or, if possible, apocalyptic. Therefore, the number of international meetings has multiplied in recent months—from the World Economic Forum meeting that took place in May in Davos to the most recent Bilderberg Meeting in June. Not surprisingly, in the latter meeting, of the 14 themes discussed, seven were directly related to the West’s rivals. 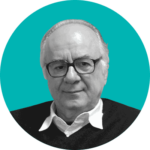 Anticopyright: Editorials and articles originated on TMS may be freely reprinted, disseminated, translated and used as background material, provided an acknowledgement and link to the source, TMS: The West Is Experiencing a Contraction of Its Power, Not Necessarily Its Decline, is included. Thank you.