The Great Success of Mikhail Gorbachev 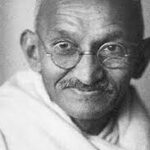 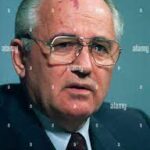 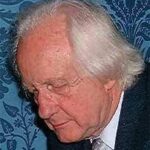 6 Sep 2022 – “Going by his hopes and ambitions in 1985,” Mikhail Gorbachev “was one of the great failures of history.” That’s according to Patrick Cockburn. The title of Cockburn’s article in Counterpunch has Gorbachev as “one of the greatest failures in history”(Sept. 5, 2022).

Cockburn reminds us that General Secretary Gorbachev hoped to curb Soviet militarism and transform the Soviet Union into a multiparty democracy. Instead, Gorbachev’s weakening of the imperialist power structure brought the Soviet Union to a quick end. The analysis is accurate, but why the hyperbolic name-calling?

Mohandas Gandhi never held official power in India, but his political failure arguably matches Gorbachev’s. With millions of supporters, Gandhi strove for national independence based on ahimsa (nonharming). His nonviolent campaigns broke the thrall of British colonialism. But independence, when it came, brought sectarian massacres and hostile partitioning of the subcontinent.

Still, Gandhi’s contribution to humanity is immense. He experimented with nonviolence and taught us how it worked. In the USA, Gandhians initiated the popular anti-nukes, anti-racism, and antiwar movements. It’s no exaggeration to say that many of the pro-humankind developments in North American and Europe, 1950-1990, trace back to Gandhi.

Speaking before the United Nations on December 7, 1988, Gorbachev announced the withdrawal of troops and tanks from Europe so that Soviet military deployment would be “clearly defensive.” I disagree with Cockburn’s notion that Gorbachev was conceding Soviet defeat in the Cold War. Rather, Gorbachev was showing the way to victory—a global, human victory—over the Cold War and, more generally, over imperialism:

“It is obvious, for instance, that the use or threat of force no longer can or must be an instrument of foreign policy. This applies above all to nuclear arms, but that is not the only thing that matters. All of us, and primarily the stronger of us, must exercise self-restraint and totally rule out any outward-oriented use of force.”

In that spirit, Gorbachev refused to intervene in the Warsaw Pact dictatorships. This reversal of Soviet policy—in defiance of the entrenched Soviet military-industrial complex—led to the nonviolent revolutions of 1989. In Poland, Hungary, East Germany, and Czechoslovakia, popular movements for electoral democracy and human rights ended oppressive Communist Party rule.

In his pursuit of nuclear abolition, Gorbachev patiently endured President Ronald Reagan’s ignorance and President George H.W. Bush’s dishonesty. Bush’s foreign policy team, including Dick Cheney, couldn’t relate to Gorbachev’s integrity and humanity. “We could not believe,” admitted Jack Matlock, ambassador to the Soviet Union, that Gorbachev “was not willing to use force to keep the system in power, or even to keep himself in power.”

The historic failure I see is that of the U.S. people. Unlike the Eastern Europeans, they failed to accept the gift of Gorbachev. They failed to engage in mass nonviolence to compel the U.S. ruling class to follow Gorbachev’s prescription. This failure doomed the people of Iraq, Afghanistan, Syria, and now Ukraine—perhaps all of us.

Calling Gorbachev an historic failure obscures his courageous commitment to peace. His domestic political project miscarried, but the man was a stunning success. We need more like him.

Anticopyright: Editorials and articles originated on TMS may be freely reprinted, disseminated, translated and used as background material, provided an acknowledgement and link to the source, TMS: The Great Success of Mikhail Gorbachev, is included. Thank you.