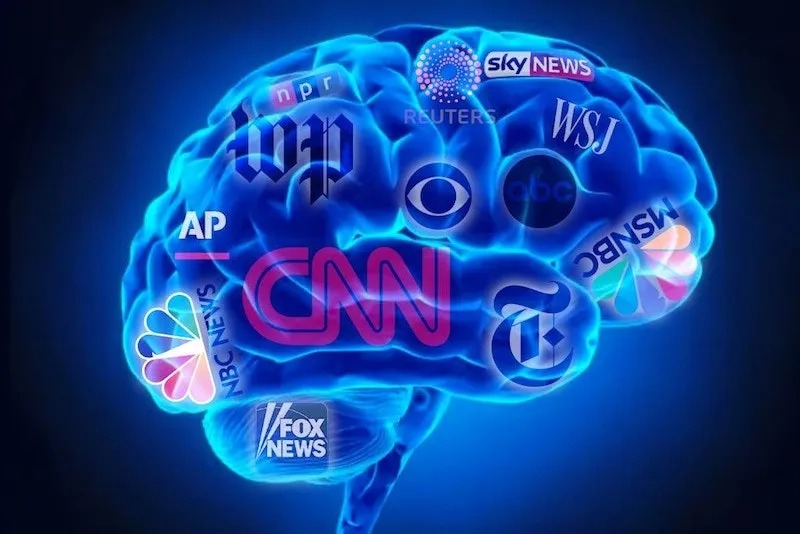 Whose Propaganda Is Most Worrisome?

31 Aug 2022 – One of the weirdest, most insane things happening today is the way the entire western world is being trained to freak out about “Russian propaganda” — which barely exists in the west — while ignoring the fact that we are spending every day marinating in billions of dollars worth of US empire propaganda.

CNN has an article out titled “Darya Dugina’s death provides a glimpse into Russia’s vast disinformation machine — and the influential women fronting it” on the recently assassinated daughter of Alexander Dugin, a Russian political thinker of wildly exaggerated influence.

The article uses Dugina’s assassination to further stoke its audience’s ever-growing panic about Russian disinformation, quickly becoming a commentary on Russia’s entire propaganda network without bothering to articulate how Dugina’s death “provides a glimpse” into its workings.

Without the slightest hint of self-reflection or irony, this CNN article about Russian propaganda cites as its two main experts a think tanker from the Atlantic Council’s Digital Forensic Research Lab and a think tanker from the Center for European Policy Analysis (CEPA). The Atlantic Council is a NATO narrative management firm that is funded by NATO, the US government, the UK government, various other US-aligned states, the arms industry, and numerous billionaires. CEPA’s donor list looks similar to the Atlantic Council’s and includes US arms manufacturers and the US government through both the US State Department and the CIA cutout National Endowment for Democracy. Both are used to promote the information interests of the US-centralized power alliance in Europe and North America.

As we’ve discussed previously, the way news media cite corrupt warmongering think tanks to discuss foreign policy without ever mentioning their immense conflicts of interests is plainly journalistic malpractice. But this practice is ubiquitous throughout the western news media, the because western news media are propaganda outlets.

In which ⁦@CNN⁩ chooses to smear the assassinated Dugina as a “disinformation” purveyor (rather than just someone with a “pro-Kremlin world view”). Note that not only doesn’t the word “terrorism” appear in this long article, not even “assassination”. https://t.co/Fx6WCoDkNH

The article cites RT, the Internet Research Agency, and something called United World International as examples of “Russia’s vast disinformation machine,” despite every one of those institutions having a degree of influence that is the exact opposite of “vast” in the western world. In 2017 RT accounted for all of 0.04 percent of total TV viewership in the UK. A study found that the much-touted US “election interference” campaign by the Internet Research Agency in 2016 consisted mostly of posts that had nothing to do with the election and comprised “approximately 1 out of 23,000 pieces of content” seen on Facebook. I’d be surprised if anyone reading this has ever even heard of United World International, and CNN’s own article acknowledges that before that outlet was banned from western social media its accounts only ever had a few thousand followers. 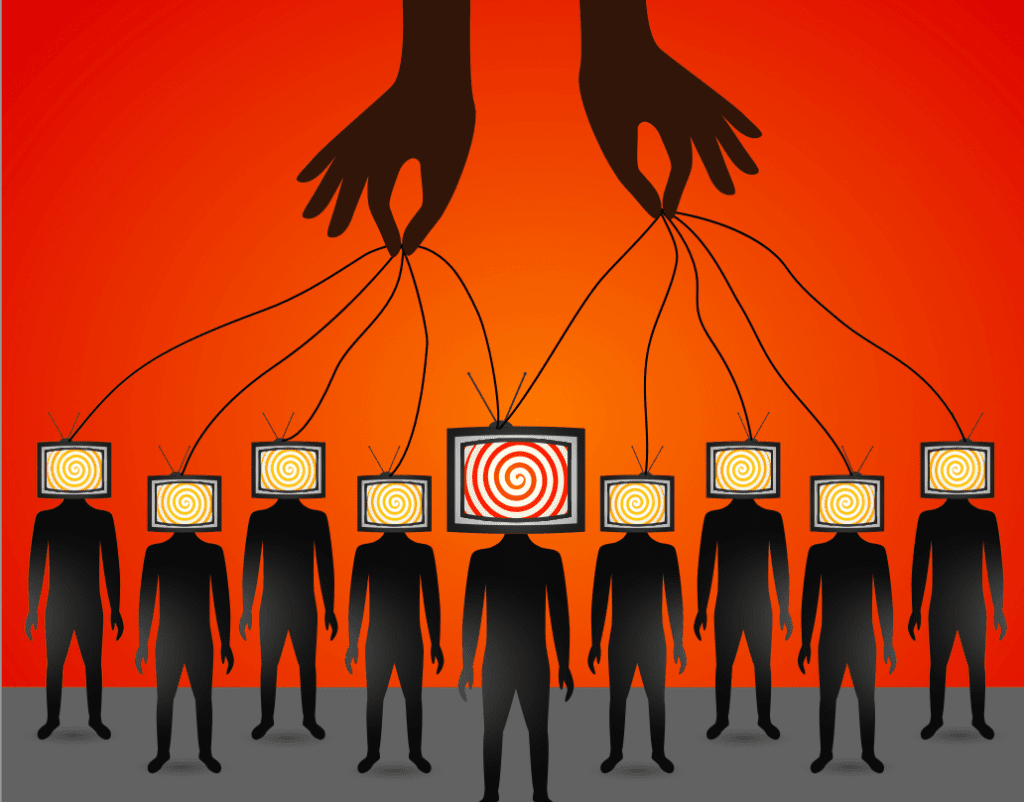 People with a TV instead of a head controlled by the hands of a puppeteer. The concept of the influence of the media and propaganda on a person’s worldview.
(Pogorelova Olga / Shutterstock)

So when I say Russian propaganda barely exists in the west, I mean it is quantifiably a complete non-factor. Compare those paltry numbers to the nonstop barrage of empire propaganda that westerners are fed every day of their lives by every news media outlet of significant influence — whose coverage of the Ukraine war has eclipsed that of all recent wars the US has been directly involved in — and it becomes clear that this message we’re being fed that we all need to panic about Russian propaganda is itself propaganda.

The CNN write-up criticizes RT editor-in-chief Margarita Simonyan for saying in 2012 that “When Russia is at war, we are, of course, on the side of Russia.” As though CNN ever sides against the US during US wars. Not only does CNN consistently take the side of the US government in every single war, it conducts brazen propaganda operations to help start new ones, like the time it staged a scripted interview with a small Syrian child calling for US military interventionism in Syria.

Politico's @e_casalicchio doesn't mention that @rwdburley is a UK state propaganda operative who has called for Grayzone to be censored. Why omit that? https://t.co/Qo1L5w4DKp

This wave of nonsensical, artificially created panic about Russian disinformation has been used to dismiss any and all information which comes out that casts the US empire and its lackeys in a negative light as Russian propaganda or the work of Russian agents. We’ve seen this over and over again, from the way Julian Assange has been falsely cast as a Kremlin operative to the way indie media are falsely framed as Russian propaganda operations.

The latest example of this deception is the way incriminating leaked emails of prominent British figures published by The Grayzone have been dismissed in a new Politico hit piece as a dishonest representation of emails obtained by Russian hackers per “the Russian playbook”. Grayzone staff hastened to point out that not only does the Politico article fail to grapple with the rather important question of what the leaked emails actually contain, but that it failed to mention that its primary source is a UK Foreign Office veteran and psyops specialist who has a publicly stated vendetta to get The Grayzone censored online.

The manufactured hysteria about a nonexistent epidemic of Russian propaganda in the west has people so blinkered and confused that it’s become impossible to criticize the most powerful government in the world for its planet-threatening brinkmanship with a rival nuclear superpower on any online forum without getting accused of being a secret agent for the Kremlin. My own social media notifications are continuously lit up with accusations of Putin loyalty and rubles in my bank account just for criticizing the most dangerous impulses of the most powerful and destructive government on earth, despite never having worked for Russia or any other government.

What’s funny about all this is that by constantly warning of the dangers of Russian propaganda, imperial spinmeisters are admitting that they know it’s possible to manipulate public thought at mass scale using media. They’re just lying about who’s doing it to us.