Iran: The Evolving Symbols of Protest

14 Oct 2022 – The cry “Women-Life-Liberty” went up in many different parts of Iran.  The protests began on September 13, 2022 at the announcement of the death of 22-year-old Mahsa Anini in police custody, having been arrested by the “morality police” for having some of her hair beyond the hijab (veil).  She was an ethnic Kurd. The protests began in the Kurdish areas but soon spread to all ethnic groups and many parts of the country.

Women have been a central focus of the social policy of the Islamic government.  Even before coming to power in 1979, Ayatollah Khomeini from his exile in France had said that the overly great liberty of women was a chief obstacle to his policies.  Repressive policies against women with compulsory veiling laws were quickly put into place. However, unlike the Taliban in Afghanistan, women have not been barred from higher education.  It is estimated that some 65 per cent of university students are women.  Many women play important roles within society but must keep a low profile, dress according to the dress code, and be under the control of a man, at least when visible in public.

It is not possible to know in advance how strong the protests will become.  There have been waves of protest in Iran before without bringing about major changes in government policy. Some observers believe that there is a new spirit in these protests and that they include people of more generations and social classes. The government is clearly worried.  On October 3, Ayatollah Ali Khamenei, the Supreme Guide, justified the repression being carried out by the police, the Revolutionary Guard and other paramilitary forces in a talk to the Military Academy.  He said that the manifestations were the work of the U.S.A. and Israel.

Protesters have been killed, an estimated 200 and others wounded.  The number of arrests is unknown but probably high.  Journalists have been prevented from reporting, and internet services have been cut or are irregular. Thus there are few photos of the demonstrations. 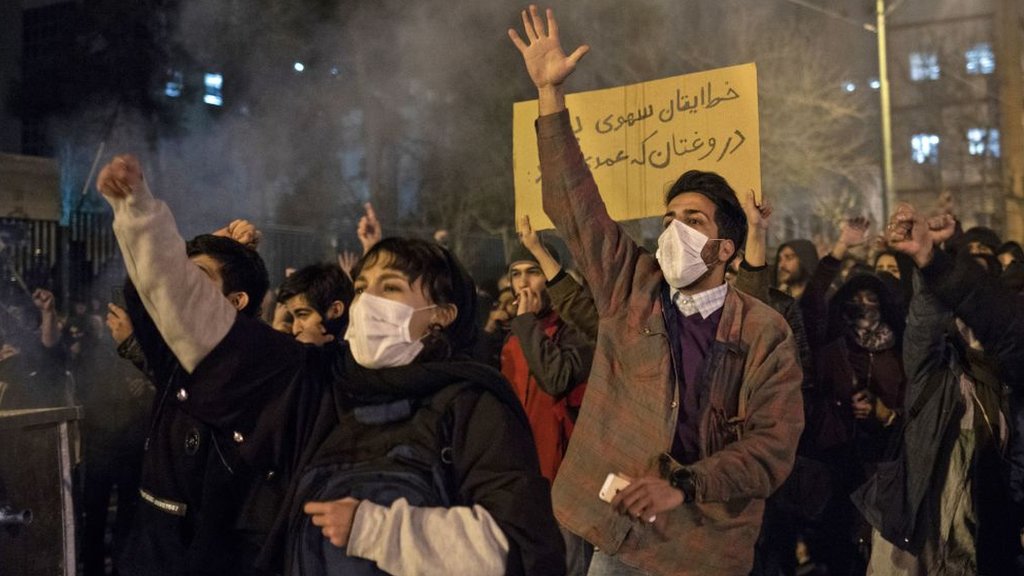 The first symbols of the protests were on the restrictions on women.  Hijabs were taken off and some were publicly burned.  Scissors were used to cut off a segment of hair.  Men were involved in the protests from the start, as were persons of different generations.  Secondary school students have been increasingly active.  Niha Shahkarami, a 16 year-old girl high school student killed by the police has become the symbol of the fight of this young generation.  Increasingly, the symbolic themes of the protests are shifting from a focus on the restrictions on women to the nature of the clerical regime itself.  The newly elected conservative president Ebrahim Raissi is called into question.  Ayatollah Khamenei is aged and not well.  There is no obvious replacement should he die.  The situation in Iran merits to be watched closely.

Anticopyright: Editorials and articles originated on TMS may be freely reprinted, disseminated, translated and used as background material, provided an acknowledgement and link to the source, TMS: Iran: The Evolving Symbols of Protest, is included. Thank you.