26 Oct 2022 – The shocking images of around 2.2 million children under the age of 5 are not well fed. More than half a million are severely malnourished. More than a million pregnant or lactating women suffered from severe malnutrition this year. Every 10 minutes, a child in Yemen dies from a preventable disease. 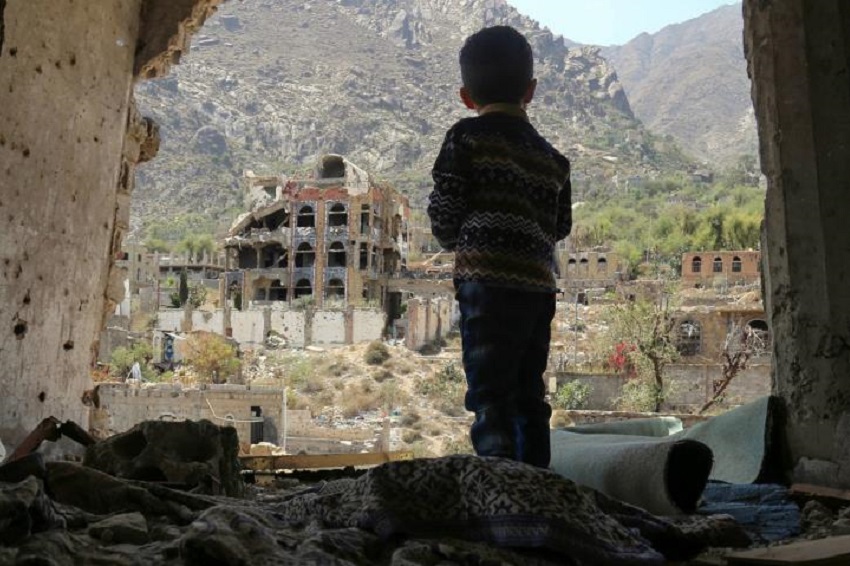 Hunger has long threatened the lives of hundreds of thousands of Yemeni children. Now the war between the country’s Iranian-backed Houthi rebels and a Saudi-led coalition threatens to escalate after months of a tenuous truce. Yemenis and international aid groups fear the situation will get even worse.

In the city of Hodeida, with a population of about 3 million, al-Thawra Hospital receives 2,500 patients daily, including « super malnourished » children, said Joyce Msuya, the UN’s assistant secretary-general for humanitarian affairs.

« This is one of the saddest visits I have ever made in my professional life, » Msuya said, after visiting the country in a video released by the UN. “There are huge needs. Half of Yemeni hospitals are non-functional or completely destroyed by the war. We need more support to save lives in Yemen, children, women and men.”

As the war continues in Ukraine, the situation will continue to escalate. The Yemeni diet relies heavily on wheat. Ukraine supplied Yemen with 40% of its grain, until the Russian invasion cut off the flow. In developed countries, people are working harder to pay higher bills. In Yemen, food is 60% more expensive than last year. And in poor countries, inflation can spell death.

« Yemen has been hit three times by the Russian invasion of Ukraine, » said Peter Salisbury, a Yemen expert at the International Crisis Group. “First, because of the loss of food supplies from Ukraine and higher prices on international markets. Then, due to higher fuel prices. And third, due to a change in the international approach.”

War has raged for eight years in Yemen between Shiite Houthi rebels and pro-government forces backed by a coalition of Sunni Arab Gulf states. The Iranian-backed Houthis descended from the mountains in 2014, occupying northern Yemen and the country’s capital, Sanaa, forcing the internationally recognized government into exile in Saudi Arabia.

Since then, more than 150,000 people have been killed in the violence and 3 million have been displaced. Two thirds of the population receive food assistance. There is now a truce even though the two sides did not renew it this month. Hafsa and more than half a million Yemeni children are severely malnourished. Every 10 minutes, a child in Yemen dies from a preventable disease, according to Save the Children. Hafsa is the youngest of six. One died of malnutrition. Her father, Ahmed, 47, works as a day laborer. Every day he can only afford a little flour and cooking oil.

He and his family live in Hays district, about 120 kilometers (74 miles) south of the port city of Hodeida, which has seen some of the fiercest fighting in Yemen’s conflict. The children at Hays Hospital have swollen bellies and limbs like twigs. Eventually, prolonged malnutrition « causes their organs to stop working, » said Dr. Nabouta Hassan.

Hassan, who oversees the hospital’s malnutrition ward, said that every month he receives up to 30 children suffering from illnesses related to acute malnutrition. Hodeida, along with the northern province of Hajjah, includes the areas most affected by extremely severe food insecurity and acute malnutrition, according to the UN. Mohammed Hussein, 49, a father of five, lives in a camp for displaced people on the outskirts of the city of Abs, in the northern province of Hajjah.

He said he has been displaced four times since the war began in 2014.

« I lost my house, farmland, everything, » he said by phone. She lost a 9 month old son three years ago. She has a 1 year old and a 3 year old who are starving. His main dish is bread mixed with water and salt. Some days, the neighbors give his family meat, chicken or pasta. Hussein is too poor to take his children to the hospital.

“There is no money and I am unemployed,” he said. “They could also starve to death.”

The UN food agency has cut rations for millions of people due to critical funding gaps and rising global food prices. The World Food Program has for months prioritized the 13.5 million most vulnerable Yemenis, according to the United Nations Office for the Coordination of Humanitarian Affairs (OCHA).

The UN said that as of the end of September, its humanitarian response plan for Yemen secured $2 billion of the $4.27 billion needed to provide life-saving humanitarian assistance and protection services to 17.9 million people. Abdulwasea Mohammed, Oxfam’s advocacy, media and campaigns manager in Yemen, said his group needs more money, more consistent access to the most vulnerable and a peaceful resolution of the conflict.

«The answer is to save lives every day despite this,» he said.