By the “expected peace” I mean the peace that was expected after World War II:  In a few short years after that war ended, the United Nations was founded, human rights were redefined to include social rights, colonial empires dissolved and new nation-states were welcomed into the modern world-system, the emblematic National Health Service was created in the UK, and the Bretton Woods institutions were founded. There were setbacks, nevertheless it was then reasonable to believe that at long last human beings were learning how to live together in peace and shared prosperity.

It is still today reasonable to believe that if social rights had become realities instead of broken promises, and if the United Nations system had worked as had been intended by its designers, then humanity and the planet would not be in the dire straits they are in today.  The expected peace would have been a real peace, definable as Cardinal Amigo of Seville defined it when he said, “Peace is a table with four legs.  Its four legs are justice, justice, justice and justice.”

Social democracy, I claim, was the centerpiece of the expected peace. If it failed, the expected peace would fail.  Social democracy was required to demonstrate that paying for social rights for all was actually an economic and political possibility.  Emblematically, Bevan ran the legislation creating the National Health Service by Keynes, seeking Keynes´ approval before giving it his own final stamp of approval.

Social democracy was also required to defuse Friedrich von Hayek´s allegation that any step in the direction of a welfare stat fed a morsel fed to an insatiable Leviathan, the state.  Leviathan´s appetite for power would grow with every bite.  The eventual outcome would be another Stalin´s Soviet Russia or another Hitler´s Nazi Germany.  The living testimonies of Finland, Sweden, Norway and other social democracies were required to demonstrate that von Hayek´s Road to Serfdom was a specious parade of possible horrors.  It was a parade that never even began in even one of the post-World War II social democracies.

As for the new nations, born after World War II when colonies died, and as for Latin American and other nations that had long been nominally independent while de facto dependent, the great majority adopted some combination of their own autochthonous values and European social democratic values.  Comparatively few took the United States or the Soviet Union as their model.  Emblematically, for several years Gunnar Myrdal of Sweden headed a UN office charged with showing the poverty stricken nations of the world how they, too, could end poverty, as his own nation had done.

In sum, after World War II optimism about the future prospects for a world at peace with shared prosperity was anchored in then presently existing successful social democracies.  It helped that the United Nations was then disproportionately led by Scandinavians.

I will mention and recommend a new approach called “unbounded organizing.” (See www.unboundedacademy.org)

What are some reasons why social democracy, and with it the expected peace, failed?  I will suggest some.  But I will not try to prove anything here.  My co-authors and I have argued at length in favour of our perspective in other writings.  Surely it would be fair to say that at this point in time the people who are unpersuaded by our evidence, and unpersuaded by our logic, are far outnumbered by those who have not considered them, if for no other reason because they are unaware of their existence. Perhaps this short text will motivate someone to look more deeply into whether our “unbounded” perspective might be true important.

Like: “While participating in a global economy, a nation cannot continue indefinitely being a high wage island in a low wage sea.”

Like: “A system that deducts 65% from a worker´s pay check as taxes cannot last.”

Detailed case studies of particular social democracies (The Dilemmas of Social Democracies; Chapter Seven of Economic Theory and Community Development), has led to postulating as the deep and decisive cause of what was observed in every case study, by a form of logic C.S. Peirce would have called abduction, “basic cultural structures” that constitute and entrench markets. Ordinary language, while it goes without saying that it is indispensable, needs help, if it is to interpret the world and to change it.  The three examples above only report what happens and is observed, assuming rather than examining the socially and historically constructed basic cultural structures that make their occurrence thinkable and possible, indeed inevitable.

Tacitly building on the general idea of a basic cultural structure, in what follows I will name, specifically, one of them.  I will coin one critical technical term with two names: “metaphysical freedom,” also known as “rational freedom.”   It will name –not exclusively, since whatever is real can be named in many ways—  powerful cultural forces.

I will depart from some contributions of Leon Walras to orthodox economics, and continue with complementary contributions of later economists to it.  We read on page 61 of William Jaffé´s translation of the fourth edition of Leon Walras´s Éléments d´Économie Politique: “Now, the first point to notice is that we may divide the facts of our universe into two categories: those which result from the play of blind and ineluctable forces of nature and those which result from the exercise of the human will, a force that is free and cognitive.”  Walras continues on the next page: “The fact that man´s will is cognitive and free makes it possible to divide every entity in the universe into two great classes: persons and things.”

Walras expresses a worldview, a cosmovision, a metaphysic.  He describes everything at once, dividing everything into two categories.   His description is not innocent.  It does not leave what he described the same as it was before he described it.   For thinkers like Walras, the world is changed and shaped by a metaphysic of rational freedom.   Rational (also called metaphysical) freedom constitutes a person.

Seeing, Martin Heidegger wrote, is always seeing as.  Walras recommends seeing anything whatever as a person or as a thing.  He follows Immanuel Kant, for whom a person allein hat Wűrde. (Only a person has dignity.)

In the 434 pages that follow page 61, Walras remains faithful to his distinction between things and persons. A sale or a purchase, or any contract, does not result from the play of blind and ineluctable forces of nature.  They result from the exercise of the human will.

Market equilibrium –praised by Walras as an optimum to be achieved by laisser faire—does not pretend to be an optimal meeting of human needs in harmony with nature.  It is a cessation of voluntary trading at the point where there are no longer any two traders who find it in their interest to choose to trade.

Similarly, a Pareto optimum is not an optimum in any objective sense.   Certainly it is not an optimum in the sense of best meeting human needs with sustainable technologies.  Instead, it names the ideal moment when the market reaches a point where there are no more voluntary transactions.  There remain no more deals that both parties voluntarily agree to.  Any further transactions would require coercion. If there were only two people in the marketplace, and one owned everything the other nothing, it would be a Pareto optimum.

A whole economy, and a whole civilization, can be built on a foundation of revealed preferences –because when shoppers buy they act as persons. The shoppers fall on the “person” side of the person/thing dichotomy that divides the universe into two separate parts.

The legal norms of today´s global economy today trace back to ancient Rome. They also go back to more recent emblematic events including the treaties of Westphalia in 1648.  Those treaties set individual nation-states in the neo-Roman juridical frame of an international system.

But notice what Kant does in the 1780s and 1790s.  Roman Law is not simply “received” and used, as Max Weber recounts, to organize capitalism. Kant in his philosophy of law does not simply cite in Latin and endorse the principles articulated by Ulpian fifteen centuries earlier.  He changes their logical status.  Kant palms off property and other principles of Roman Law as eternal and universal. They are now deduced from metaphysical freedom.  One idea, Freiheit (freedom) –one eternal idea not of this world—sets law in stone.

Property rights set in stone by metaphysical freedom are minefields for any social democracy.  Together, property and metaphysical freedom constitute, in Michel Foucault´s terms, historical conditions of possibility for today´s conflicts between economic power and political power.

But arguments grounded in metaphysical freedom do not always prevail.  They did not prevail in controversies over the legal power of pharmaceutical companies to withhold Covid vaccine from people unable to pay for it. They did not in the end prevail in controversies over forgiving debts of poor nations devastated by the high interest rates and “structural adjustments” of the 1980s.  Unbounded organization sees such small wins as growth points growing toward transformed cultural structures.

Unbounded organization defines itself briefly as “collaboration across society for the common good.”  Sometimes we say instead “general good” to avoid a narrow interpretation of “common good” that identifies it with “public goods” as distinct from “private goods.”  In the theory of unbounded organization, the versatile word “community” is pressed into service as a foil for “economics” –what is community being not economics.

Unbounded organization is a not-too-confrontational attitude.  It has no a priori bias for or against market-based solutions. For any problem it is open to considering innumerable options.  The fixed north star is not the solution, but the commitment to work together to solve it. It was born in the twenty-first century and it was born in Africa, the land of Ubuntu. 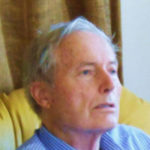 Anticopyright: Editorials and articles originated on TMS may be freely reprinted, disseminated, translated and used as background material, provided an acknowledgement and link to the source, TMS: The Failure of the Expected Peace and the Suggestion of an Unbounded Way Forward, is included. Thank you.