Wild Animals and Their Features

There are many types of wild animals in the world. These animals present many useful features and consequences in the regions they are found–economy, tourism, safety measures and other aspects that are interesting and unique to different countries and species of wild animals.

Elephants are a land animal found in many regions of the world. They were earlier being killed for their ivory and consequently their numbers kept dwindling in Africa. However, rules against this evil practice have become stringent resulting in the rise of their numbers in Africa. This has led to some countries, like Botswana and Tanzania, to again allow sports hunters to kill these animals not only for ivory but also their skin and also to keep their numbers in check. Hunters have also to pay a small amount of money for this purpose.

It may be mentioned that many tourists go to such places to take photos of these animals after paying a fee to the authorities. The income earned from tourists helps to build the economies of such countries. Not only revenues from such tourists increases, the conflicts between villagers and these animals are kept in check.

Many kings or Maharajas in India also had large numbers of elephants which they used to parade on special occasions to display their wealth and clout. These animals were attractively attired and bells hung around their necks that produced interesting music as they walked around majestically in their special enclosures. These animals are essential components of any major zoo and tourists try to have their pictures taken standing in front of them. Sitting on an elephant while it walks, is an interesting, unforgettable experience.

Another common land animal is rhinoceros — or rhino for short,  that is found in Africa and parts of Asia. It is identifiable by two horns similar to those of a cow and one dangerous looking horn in the front of its face. Although quite heavy and bulky, rhinos can run fairly fast. They also eat a lot of vegetation thereby making many areas in Africa fit for agriculture and for other purposes.

Common sea animal are tortoise, crab, walrus, crocodile and various types of fish that are consumed by people living nearby. Fishing–catching and preserving them–are skills that these people are adept at. The skins of crocodiles are used in different ways — making shoes and various art de facts. This helps some people to be profitably employed. Local people have useful knowledge about various aspects of crocs like how many times they lay their eggs and how are these eggs kept safe from other predatory animals.

Some peculiar animals are Llamas and Vicuna, found in parts of Latin America —Chile, Peru, Ecuador, Bolivia. These animals are furry and produce high quality, fine type of wool that is a favourite with the local residents. Another interesting animal of Canada is a polar bear that is useful both for playing with and also for its nutritional value.. The Inuit tribals of Canada use its skin against the cold weather of the country.

As indicated above, there are large varieties of animals found all over the world which are beautiful to look at and useful in several ways including their flesh for eating–by some. There are other types or species of animals, but these cannot be accommodated in my small essay.

Another animal or rather a bird that is found in many parts of India especially the capital city of Delhi is the peacock–locally known as more.  It can fly high over tall buildings or trees making a shrill, funny noise as it flies. 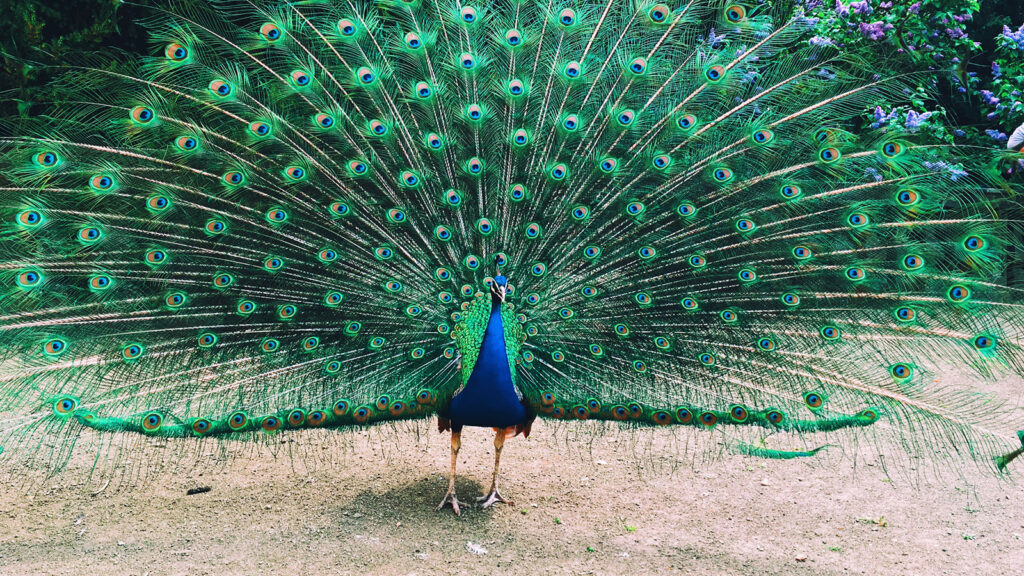 Anticopyright: Editorials and articles originated on TMS may be freely reprinted, disseminated, translated and used as background material, provided an acknowledgement and link to the source, TMS: Wild Animals and Their Features, is included. Thank you.