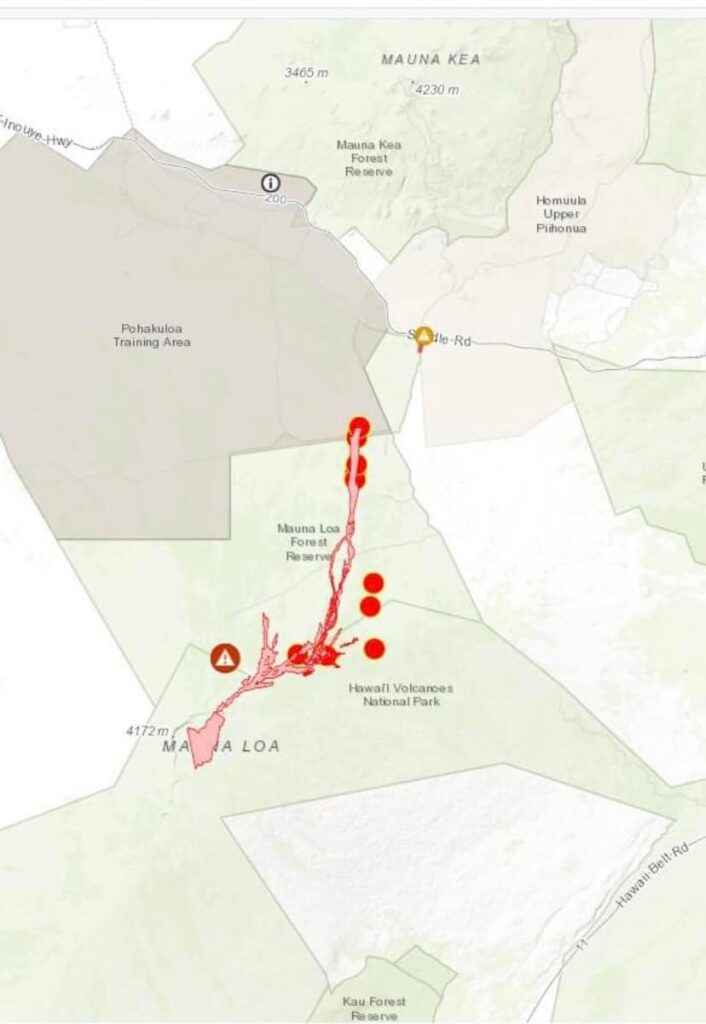 According to the map above, lava has entered Hawaii’s military Pohakuloa Training Area (PTA). The lava could burn and disperse Pohakuloa, toxins in the smoke/vog. Those downwind need to be very careful of inhalation of Depleted Uranium (DU) oxide particles and other military toxins.

Remember, there is a massive toxic stew at Pohakuloa from 75 years of bombing and the use of nuclear DU spotting rounds, etc., and likely chemical and biological weapons. 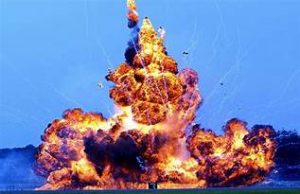 Pohakuloa is NOT safe for soldiers, residents and visitors to Hawaii Island.  The area has been bombed for 75 years with a wide range of toxins, including lead and depleted uranium radiation.  Millions of live rounds are fired annually. The multiple toxins are resuspended in the air by high explosives and can be carried long distances in the wind.  Everyone on Hawaii Island is downhill, downwind, and downstream of PTA’s toxins.

The Military Pohakuloa Toxic (Training) Area, located in the center of Hawaii Island at 6500 feet elevation totals 133,000 acres, or more than 200 square miles in size. That’s as big as the island of Guam. PTA has been used as a live fire training area since WWII by all branches of the US military – Army, Navy, Air Force, Marines; foreign troops too. Much of what goes on up at PTA is secret/classified training for nuclear war, assassination drone training, B-2 and B-52 bombing runs. The last figure released nearly 2 decades ago was 14.8 million live rounds fired annually at PTA.

The US military leases 23,000 acres of Hawaiian crown and government lands from the State DLNR at Pohakuloa for a total cost of ONE DOLLAR for 65 years. The military is now trying to get that lease renewed. The current lease expires in 2029. 84,000 additional acres at PTA were simply seized in 1964 by a presidential executive order of Lyndon B. Johnson at ZERO cost. The military claims the 84,000 acres are “Federally owned land.” That’s like someone stealing your car and claiming they now own it. See Presidential Executive Order #11167.

See Pohakuloa 14-min video “Now That You Know, Do You Care?