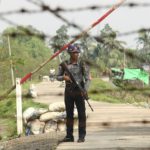 30 May 2019 – This month, the World Bank published a proposal for a $100 million development project in Rakhine state, the region of western Myanmar that recently saw the systematic ethnic cleansing of the Rohingya Muslim community. This funding project also attaches no conditions on Myanmar. To spell it out: The World Bank is funding a state that has carried out ethnic cleansing in just the past 24 months, with no strings attached. 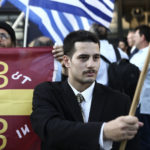 24 May 2019 – War radicalized the far-right–and nobody stopped them at home. This failure produced the same kinds of figures and networks of radical extremism on the European right as happened with Islamist terrorism. 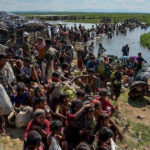 22 Mar 2019 – Myanmar has “honored” its resettlement agreement with Bangladesh by building so-called transit camps for returning refugees — which look eerily similar to World War II concentration camps, with barbed wire, high fences and “security” provided by the very same army that carried out the initial “clearance operations” two years ago. Thankfully, those camps are currently sitting empty, as the Rohingya refuse to trade the safe camps in Bangladesh for the prison camps in Myanmar. 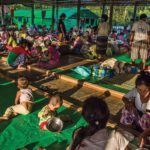 Other ethnic minorities will be Myanmar’s next victims.