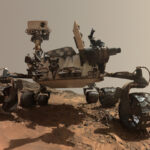 20 Feb 2021 – If society operated on the principle of rationality and human need, not the insatiable greed of the rich, the scientific advancements that made possible the Mars rover would be used to end the many ills that plague humanity.

4 Jul 2020 – The official tallies in each country of daily confirmed coronavirus cases have become exponential, indicating that whatever containment measures were implemented to halt the spread of the virus have essentially collapsed. 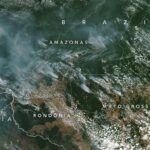 23 Aug 2019 – Satellite imagery reveals that at least a quarter of the Amazon rainforest is on fire or covered in soot and ash across the four Brazilian Amazonian states: Amazonas, Rondônia, Mato Grosso and Pará. Cities across the region were blanketed with smoke, including Brazil’s largest city São Paulo where wildfire smoke blotted out the Sun and brought nighttime lighting hours early.

The History, Science and Implications of Einstein’s General Theory of Relativity

What We Learned about Mercury from the Messenger Spacecraft
Bryan Dyne, WSWS – TRANSCEND Media Service, 29 Jun 2015

On April 30, the Messenger spacecraft performed a planned impact onto the surface of Mercury, ending the four-year mission to the Solar System’s innermost planet. In the end, only 10 minutes of data was lost out of the 1,500 days worth of information collected by Messenger.