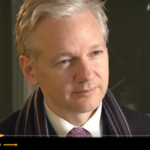 6 Oct 2020 – Over the 17 days of Julian Assange’s extradition hearing in London, courtroom evidence exposed illegality on an unprecedented scale by America’s and Britain’s intelligence, military, police, and judicial agencies to eliminate Assange. The governments had the edge, like the white man of whom Malcolm X wrote, “He’s a professional gambler; he has all the cards and the odds stacked on his side, and he has always dealt to our people from the bottom of the deck.” The deck was clearly stacked.

14 Apr 2019 – WikiLeaks’ collaborators were the world’s leading newspapers: the New York Times, The Guardian, El Pais of Spain, and Paris’s Le Monde. If Assange violated the law, they were in it with him. One of the best-remembered disclosures was a military video of an American helicopter crew taking delight in shooting dead two Reuters journalists and 10 other civilians on the streets of Iraq. Journalists who published his leaked documents continue working without fear of prosecution and, in some cases, brandish their journalism prizes while denouncing the man who made them possible. 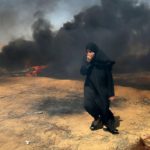 As Gaza Sinks into Desperation, a New Book Makes the Case against Israeli Brutality
Charles Glass – The Intercept, 14 May 2018

13 May 2018 – In his new book, “Gaza: An Inquest Into Its Martyrdom,” Norman Finkelstein presents Gaza’s case like a veteran prosecutor at a homicide trial. “This book is not about Gaza,” he writes. “It is about what has been done to Gaza.” He asks the reader to decide “whether this writer is partisan to Gaza or whether the facts are partisan to it.”

The U.S. and Russia Ensure a Balance of Terror in Syria
Charles Glass – The Intercept, 31 Oct 2016

The Russians, having lost Aden, Egypt, and Libya years earlier, backed their only client regime in the Arab world when it came under threat. The U.S. gave rhetorical and logistical support to rebels, raising false hopes — as it had done among the Hungarian patriots it left in the lurch in 1956 — that it would intervene with force to help them. Regional allies, namely Saudi Arabia, Qatar, and Turkey, were left to dispatch arms, money, and men, while disagreeing on objectives and strategy.

23 Apr 2016 – The conviction that invasion, bombing, and special forces benefit large swaths of the globe, while remaining consonant with a Platonic ideal of the national interest, runs deep in the American psyche. Nothing undermines the American belief in military force. No matter how often its galloping about results in resentment, the U.S. gets up again to do good elsewhere. Afghanistan commander Gen. Stanley McChrystal pointed out that drone strikes are great recruiters, not for the U.S. military, but for the Taliban, al Qaeda, and ISIS.

Russia and the US Now Have the Power to Impose Peace in Syria
Charles Glass – TRANSCEND Media Service, 21 Mar 2016

Both sides know that this US v Russia proxy war is out of control: Europe has been hit with a tide of refugees that threatens the EU’s fragile unity; and the conflict has spread to Iraq, and threatens to erupt in Lebanon and Jordan.