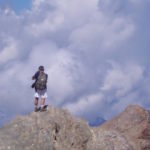 30 Apr 2020 – The improvement in air quality over the past month of the coronavirus lockdown has led to 11,000 fewer deaths from pollution in Europe, a study has revealed. It also finds less asthma and preterm births. 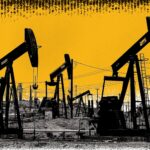 Revealed: The 20 Firms behind a Third of All Carbon Emissions
Matthew Taylor and Jonathan Watts – The Guardian, 14 Oct 2019

9 Oct 2019 – New data from world-renowned researchers reveals how this cohort of state-owned and multinational firms are driving the climate emergency that threatens the future of humanity, and details how they have continued to expand their operations despite being aware of the industry’s devastating impact on the planet. 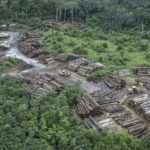 1 Aug 2019 – The Amazon forest is being burned and chopped down at the most alarming rate in recent memory, but the Brazilian government of Jair Bolsonaro is focused on reinterpreting the data rather than dealing with the culprits, monitoring groups have said.

25 Jul 2019 – Deforestation of the Brazilian Amazon has surged above three football fields a minute, according to the latest government data, pushing the world’s biggest rainforest closer to a tipping point beyond which it cannot recover. Data confirms fears that Pres. Jair Bolsonaro’s policy encourages illegal logging.

Brazilian president has dissolved Renca to attract investment in region thought to contain gold, with critics warning of irreversible damage.

That Dec. 22 murder, far from killing off the forest conservation campaign, has boosted its profile throughout the country and across the world, influencing a generation of conservationists and policymakers. Mendes is now a symbol of the global environment movement.

The 78-year-old ‘world’s poorest president’ is a former member of the Tupamaros, notorious in the 1970s for bank robberies, kidnappings and distributing stolen food and money among the poor. He was shot by police six times and spent 14 years in a military prison, much of it in dungeon-like conditions.