21 Jul 2022 – The extreme caricatures of Putin as equal to or worse than Hitler, frequent Nazi comparisons, and Munich references made by Western media paint those who would prefer a negotiated settlement to years of bloodshed, the risk of World War III and nuclear war as “appeasers” of a Hitlerian dictator with genocidal ambitions. 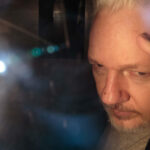 13 Nov 2020 – US corporate media have buried coverage of Julian Assange’s extradition hearing in the UK, despite its being the media “Trial of the Century”. But even in the scarce coverage that does exist, one would hardly get the impression that the US and British governments are involved in an illegal conspiracy—in violation of their own laws—to punish Assange for the “crime” of journalism. 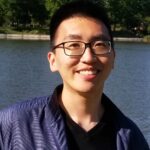 28 Jul 2020 – One should expect corporate media outlets like the Times to equate corporate interests with the US national interest. By spinning the intellectual property of large US corporations as something that must be safeguarded rather than something that should be shared, US media are failing to inform their audiences about how corporations are delaying the development of a vaccine—and causing unnecessary deaths. 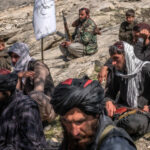 12 Jun 2020 – The New York Times’ correspondent in Afghanistan, Mujib Mashal, somehow managed to write the article “How the Taliban Outlasted a Superpower: Tenacity and Carnage” to explain how the Taliban “outlasted a superpower through 19 years of war,” without examining at all how the US contributed to reviving and sustaining the Taliban insurgency. 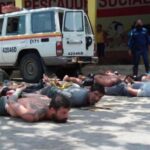 11 May 2020 – In recent reports regarding the Bay of Pigs–style invasion the term “mercenary” was accompanied by scare quotes, as if these men could only be seen that way from the perspective of an Official US EnemyTM (whose perspective is always illegitimate in the eyes of corporate media). It is clear that the men behind the La Guaira invasion aren’t described as mercenaries because the US government and media alike favor regime change in Venezuela.

The Afghanistan Papers should also be considered an excellent case study of contemporary colonial propaganda, and yet another example of corporate media criticizing US wars without opposing US imperialism. Edward Herman and Noam Chomsky’s famous analysis of media coverage of the Vietnam War, in Manufacturing Consent, found that questions of the invasion’s “tactics and costs”—to the US—dominated the debate. 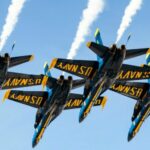 10 Oct 2019 – US military is responsible for the most egregious and widespread pollution of the planet, yet this information and accompanying documentation goes almost entirely unreported.

In Media Newspeak, a ‘Peace Plan’ for Palestine/Israel Is Anything US Proposes
Joshua Cho | FAIR Fairness & Accuracy In Reporting – TRANSCEND Media Service, 7 Oct 2019

30 Sep 2019 – The corporate media’s coverage of Kushner’s “Vision for Peace” transmitted the perspective of US official sources, constantly referring unironically to the proposal as a “peace plan,” “peace initiative” or “peace process.” The more difficult and honest approach to reporting—by analyzing the plan on its predictable outcomes, rather than its professed objectives—wasn’t taken, despite the media’s own reporting indicating how the plan could never lead to peace.