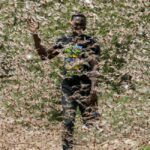 24 Mar 2021 – Heavy use of a broad-spectrum pesticide seems to have slowed the desert locust invasion. What the repercussions of that approach are isn’t yet clear. So far, a ground and air spraying campaign over eight East African countries, coordinated by the United Nations Food and Agriculture Organization, has staved off the worst. 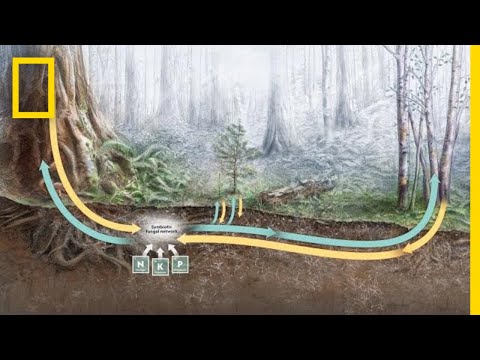 How Trees Secretly Talk to Each Other in the Forest
National Geographic - TRANSCEND Media Service, 6 Jul 2020

What do trees talk about? In the Douglas fir forests of Canada, see how trees “talk” to each other by forming underground symbiotic relationships—called mycorrhizae—with fungi to relay stress signals and share resources with one another. 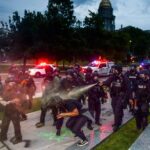 From Tear Gas to Rubber Bullets, Here’s What ‘Nonlethal’ Weapons Can Do to the Body
National Geographic - TRANSCEND Media Service, 22 Jun 2020

When misused, nonlethal weapons break bones, burn skin, and cause internal injuries. Here’s why those serious injuries may occur, and how to protect against them. 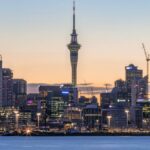 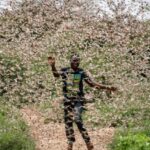 A Plague of Locusts Has Descended on East Africa–Climate Change May Be to Blame
Madeleine Stone | National Geographic – TRANSCEND Media Service, 17 Feb 2020

14 Feb 2020 – A plague of locusts is spreading across the East Africa region threatening the food supply of tens of millions. City-sized swarms of the dreaded pests descend on crops and pasturelands, devouring everything in a matter of hours. The outbreak, which now affects seven countries, is like nothing in recent memory. Human activity has made an ocean circulation pattern misbehave—triggering a weird confluence of events that has caused the infestations. 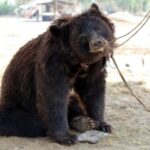 15 Aug 2018 – In a new report, an animal welfare group has flagged hundreds of zoos affiliated with the World Association of Zoos and Aquariums for mistreating animals, including making big cats perform in gladiator-style shows, elephants play basketball, and diapered chimpanzees ride scooters.

Yet another floating mass of microscopic plastic has been discovered in the ocean, and it is mind-blowingly vast.

May 16, 2017 – Jeff Goldblum takes you around the globe for an in-depth look at Big Pharma, prescription drugs and the opioid epidemic. Explorer correspondent Bryan Christy investigates how pharmaceutical companies helped fuel the opioid crisis in America and how this epidemic is set to spread around the world.

You (and Almost Everyone You Know) Owe Your Life to This Man
Robert Krulwich | National Geographic – TRANSCEND Media Service, 22 May 2017

Temperament matters. Especially when nuclear weapons are involved. The world owes an enormous debt to a quiet, steady Russian naval officer who probably saved my life. And yours. And everyone you know. Even those of you who weren’t yet born. I want to tell his story… 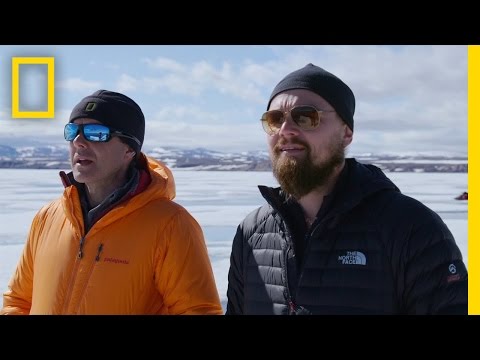 Sep 27, 2016 – A riveting account of the dramatic changes now occurring around the world due to climate change. BEFORE THE FLOOD will be in theaters in NYC and LA starting October 21, and air globally on the National Geographic Channel starting Oct 30.

“Very confident” four-year-olds outsmart hunters and protect their clan. Just days after a poacher’s snare had killed one of their own, two young mountain gorillas worked together to find and destroy traps in their Rwandan forest home, according to conservationists on the scene.

The water from the leaking tank is so heavily contaminated with strontium-90, cesium-137, and other radioactive substances that a person standing less than two feet away would receive, in an hour’s time, a radiation dose equivalent to five times the acceptable exposure for nuclear workers. Within ten hours, the exposed person would develop radiation sickness, with symptoms such as nausea and a drop in white blood cells.

Influx of captive animals has wildlife-rescue centers strapped. “We are getting rid of the cages and reinforcing the idea of interacting with biodiversity in botanical parks in a natural way,” Environment Minister René Castro said. “We don’t want animals in captivity or enclosed in any way unless it is to rescue or save them.”