13 Sep 2021 – In the long run, peace activism is essential for overcoming militarism. And organizing is what makes that possible. 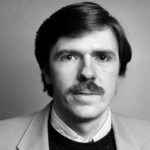 What made Bob Parry a trailblazer for independent journalism also made him a bridge burner with the media establishment.

From the Vietnam War era to today – from aerial bombing and torture to ecological disasters and financial scams moving billions of dollars into private pockets – the high-up secrecy hiding key realities from the public has done vast damage. No wonder economic and political elites despise WikiLeaks for its disclosures.

As more and more secrecy envelopes the U.S. government – with millions of hidden records concealing both past and present – there is no practical alternative for democracy but to fight back with “unauthorized” disclosures, as Norman Solomon explains in an appeal for more whistleblowers.

Why the Washington Post’s New Ties to the CIA Are So Ominous
Norman Solomon - Global Research, 27 Jan 2014

Washington Post refuses to face up to a conflict of interest involving Jeff Bezos — who’s now the sole owner of the newspaper at the same time he remains Amazon’s CEO and main stakeholder. The Post is supposed to expose CIA secrets. But Amazon is under contract to keep them. Amazon has a new $600 million “cloud” computing deal with the CIA.

The Washington Post and Amazon are “Doing Business with the CIA”
Norman Solomon - Global Research, 23 Dec 2013

News media should illuminate conflicts of interest, not embody them. But the owner of the Washington Post is now doing big business with the Central Intelligence Agency, while readers of the newspaper’s CIA coverage are left in the dark.

Despite all its claims of independence, the Oslo-based Nobel Committee is enmeshed in Norwegian politics. The global prestige of the Nobel Peace Prize has obscured the reality that its selection committee is chosen by leaders of Norway’s main political parties—and, as a member of NATO, Norway is deeply entangled in the military alliance.

After the bombings that killed and maimed so horribly at the Boston Marathon, our country’s politics and mass media are awash in heartfelt compassion — and reflexive “doublethink,” which George Orwell described as willingness “to forget any fact that has become inconvenient.”

While now trumpeting the nobility of an Iraq war effort that he’d initially disparaged as “dumb,” Barack Obama is polishing a halo over the Afghanistan war, which he touts as very smart. In the process, the Oval Office speech declared that every US war – no matter how mendacious or horrific – is worthy of veneration.

Nuke U: How the University of California Is Helping to Blow Up the World
Norman Solomon – TRANSCEND Media Service, 9 Aug 2010

Since the early 1940s, UC has managed the nation’s top laboratories for designing nuclear bombs. Today, California’s public university system is still immersed in the nuclear weapons business. Sixty-five years after the atomic bombings of Hiroshima and Nagasaki on Aug. 6 and 9, 1945, the University of California imprimatur is an air freshener for the stench of preparations for global annihilation. Nuclear war planners have been pleased to exploit UC’s vast technical expertise and its image of high-minded academic purpose.