23 Jun 2022 – In the Brazilian Amazon, as deforestation reaches record levels and rivers are increasingly polluted, the illegal gold mining contributing to these problems continues largely unabated. The response of the government has been to increase military action to curb environmental crimes in Brazil. Far from achieving this purpose, however, the military intervention has only led to tragedies in the region, directly or indirectly. 27 Feb 2022 – The ongoing geopolitical and military conflict situation between the Russian Federation and the Republic of Ukraine is being used for fake news production by Western press and social media platforms, as is becoming evident. 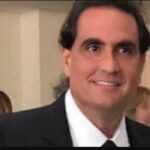 This letter was read—with tears in her eyes—by Camila Fabri, Alex Saab’s wife, during a demonstration in repudiation of the second kidnapping of the Venezuelan diplomat from Cape Verde by the US, held in Caracas’ Plaza Bolívar on 17 Oct 2021, attended by a crowd of indignant Venezuelans. 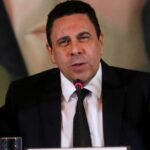 Venezuela Presents the UNSC Proposal for an International Association against US Sanctions to Stop Crimes against Humanity
Orinoco Tribune - TRANSCEND Media Service, 30 Nov 2020

Venezuela’s ambassador to the UN, Samuel Moncada, intervened on 25 Nov 2020 in the Security Council session to denounce the economic aggression of the U.S. against twenty-nine countries of the world, through misnamed “sanctions,” and proposed an International Alliance to stop the crimes against humanity by the USA in violation of human rights and the UN Charter.