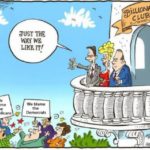 12 Dec 2020 – European Central Bank extended its Pandemic Emergency Purchase Programme until the end of March 2022 and expanded it by €500 billion. This is the greatest redistribution of wealth in history, for the huge sums of money will ultimately have to be paid back by the working class in the form of cuts in social programmes and wages. The stock exchanges are jubilant. 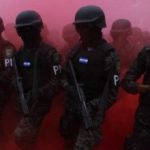 14 Nov 2017 – The European Union has advanced its capacity to wage war in the future independently of and, if necessary, against the USA. Along with Britain, which will leave the EU in 2019, only four smaller countries—Denmark, Ireland, Malta and Portugal—did not sign on to the deal.

The shift to the right by the European elites is rooted in explosive social, economic and political contradictions that have been building up since the collapse of the Soviet Union 25 years ago, and especially since the international financial crisis of 2008. German imperialism has played a crucial role in these developments.

On October 3, 1990 the German Democratic Republic (East Germany, known as the GDR), a state with 17 million inhabitants, was disbanded 41 years after its founding and incorporated into the Federal Republic of Germany. In both East and West Germany, only a few of those affected were aware of the consequences of this step. There was no public debate and no referendum.

The demand for reparations for such crimes resonates amongst sections of the Greek, as well as the German, population. The arrogance with which the media and politicians in Germany are demanding drastic social cuts in Greece plays a role in this. It recalls the ruthless behavior of the Nazis. Moreover, the surviving victims of Nazi crimes are especially hard hit by the austerity measures in Greece.

14 April 2015 – German author Günter Grass has died at the age of 87 in Lübeck, Germany following an infection. He is one of the most important German writers of the 20th century and was awarded the Nobel Prize for Literature in 1999.

Recent events in Ukraine make clear that political leaders in Washington, Berlin and Brussels are prepared to split the country, drive it into civil war and risk a conflagration across the entire region to achieve their geopolitical goals.

Former NSA employee Edward Snowden has exposed the infrastructure of a police state whose surveillance powers far exceed those of totalitarian dictatorships such as the German Nazi regime.