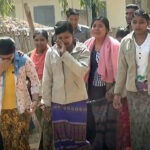 6 Mar 2020 – A court in Myanmar today sentenced 15 Rohingya Muslims to two years in prison each for attempting to leave the country illegally. Authorities in Minhla township arrested the 15 adults and one child for traveling without official proof of identity or travel documents on Feb. 14. 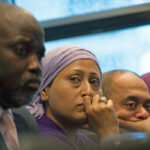 11 Nov 2019 – Gambia today filed a lawsuit against Myanmar in the highest court of the United Nations, accusing the Southeast Asia nation of state-sponsored genocide for the brutal military-led crackdown against Rohingya Muslims in 2017 that left thousands dead and drove more than 740,000 across the border into Bangladesh.

22 Sep 2017 – An international panel of judges, The Permanent Peoples’ Tribunal of scholars and experts from around the globe, declared today in the Malaysian capital, Kuala Lumpur that the Myanmar government is guilty of committing genocide against Rohingya Muslims, who have been fleeing the country following months of military crackdowns against the minority group.