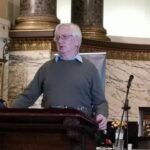 30 Jul 2021 – Yesterday, Murray was informed that the UK’s Supreme Court refused to hear his appeal for a punitive eight months by a Scottish court. The railroading of Murray into prison is the culmination of a politically motivated witch-hunt. For the last decade, he has been a trenchant defender of Julian Assange. 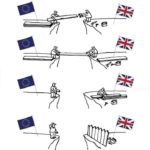 8 Dec 2015 – On December 7, 2010 WikiLeaks founder Julian Assange was detained in London under a European Arrest Warrant issued by Sweden. His sole crime was to bring to global attention the heinous war crimes committed by the US and other imperialist powers in Iraq and Afghanistan—crimes authorised at the highest levels of government.

December 7 [2014] marked four years since WikiLeaks founder Julian Assange was arrested in London and detained without charge. December 5 marked 900 days that he has been holed up inside the Ecuadorian embassy in London after being forced to claim political asylum.

In what was clearly a politically motivated judgment, the High Court in London ruled Wednesday [19 Feb 2014] that David Miranda, the partner of journalist Glenn Greenwald, was detained lawfully when he was held for nine hours last August at London’s Heathrow Airport. The 28-year-old Brazilian was in transit from Germany to Brazil when he was arbitrarily detained by the Metropolitan Police.