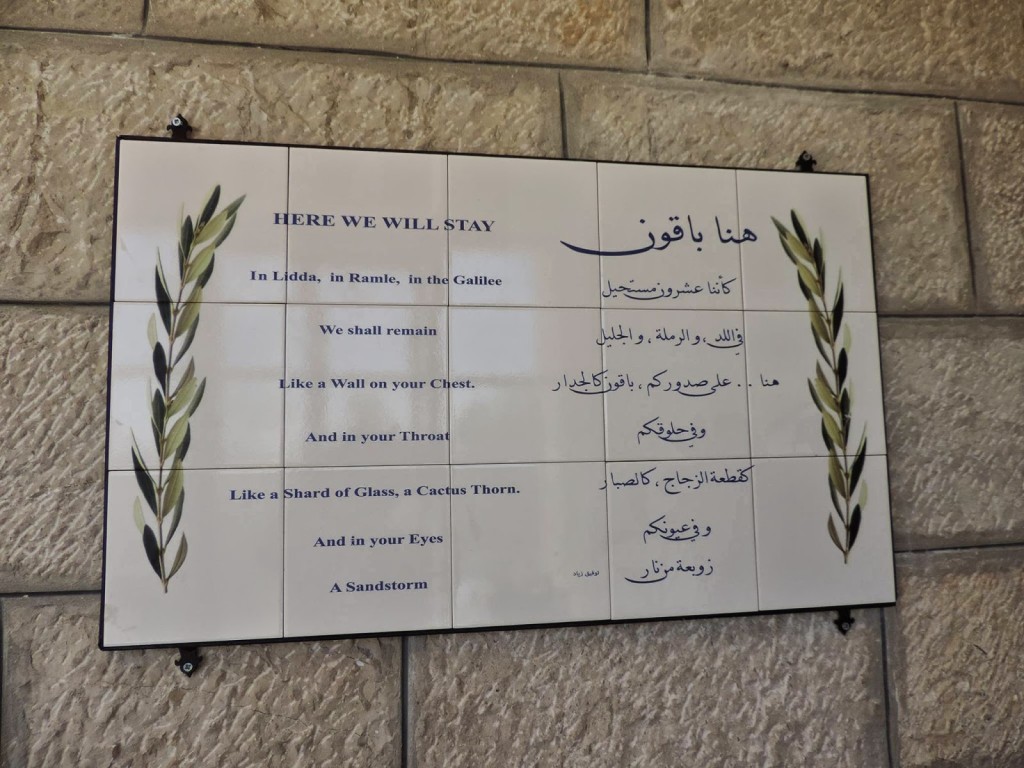 21 May 2015 – Compassion fatigue is a term I heard many years ago perhaps when there were a number of natural and man-made disasters and conflicts in the late 1980s. The term came to my mind in the last few weeks. Another saying: think globally and act locally. So thinking globally, I was thinking how humanity could descend to such barbarity around the world.

How could African migrants risk their lives to leave countries wrecked psychologically and economically by colonial Europeans to seek to arrive in the same continent that subjugated them? How could Myanmar’s Rohingya Muslims be slaughtered in the thousands by the majority Buddhists and surviving people end up in boats and sent back to starve and die at sea rejected by nearby countries including countries like Indonesia with Muslim majorities? How could relatives of Jewish holocaust survivors engage in racism and ethnic cleansing for native Palestinians while relatives of Armenian holocaust survivors lead amazingly rich productive caring lives? How could a very wealthy country like “Saudi Arabia” (the quotes are needed because it is an imposed name for a country stolen by the Saud Family) spend billions to support the US/Israeli agenda of destruction and mayhem in countries like Yemen and Syria? How could a pilot who claims being Muslim drop bombs on Muslim civilians? How could a powerful and rich country like the USA be so occupied by the Zionist lobby that they send their “police” to train in racism and oppression in Apartheid Israel and then go back to kill blacks in American cities? How does the world tolerate the continued siege on Gaza and its starving and dying population (the largest open air prison with 1.7 million inmates whose only crime is being born in Palestine)? How could the world stand by and let Egypt execute political dissidents or imprison them for decades simply for demanding freedom from the entrenched military dictatorship funded by US taxpayers?

The US and Canada Zionist lobbies just might succeed in getting unconstitutional laws passed to ban standing up for human rights (supporting BDS against the apartheid regime).  It might get worse with the lobby getting the subservient governments to force the political neutered Palestinian leadership to accept a version of apartheid (and no refugees’ right of return).  But then that is what the PA leadership knew would happen when they signed the articles of surrender known as the Oslo accords.

So did humans develop compassion fatigue and does this bode ill for our future as a species? I do not know and cannot predict the future. I can only act against the negative trends and draw closer to other activists. When we do find people who still cares, we latch onto them and try to do something together to keep our sanity.

Palestinians were genuinely happy that the Pope decided to canonize two 19th century Palestinians nuns as saints and conclude an agreement recognizing “state of Palestine”.  Those positive people trying to do good things are so needed when so many are either apathetic or directly benefitting Israel while getting rich. Without the few lights in the darkness, we would all be lost and very depressed. Perhaps this is why the presence of volunteers around us in the museum and the botanical garden/integrated ecosystem is so crucial to our health. When we walk or work in the garden with others, we feel reinvigorated physically and psychologically. In fact when we do any work together, we feel empowered.

On Nakba memorial day last week we had a number of activities including installing a large visible plaque that included sections of the famous poem by Tawfiq Ziyad (“here we stay”). The next day, we hosted a workshop on trauma relief through herbal medicines and working on gardens. We then hosed 44 Nazareth colleagues on a tour of Battir then lunch at the museum.  Yesterday we attended a meeting on biodiversity, did field work and got two Bedouin children to help us near their camp by picking up some round rocks we needed for our pool at the museum. They were so nice and so friendly and their smiles even after the sweaty job will always be with me. Their community spirit is strong even when they are threatened as a community with evictions (was done to them before). So while thinking globally we are able to act on location and keep going based on a vision that all these borders and divisions and conflicts they foist on us will be gone one day.

We dream of an interconnected free society and of traveling free from Bethlehem to Jaffa to Nazareth to Beirut and Damascus without anyone stopping us at any border.  On my desk is a quote from the Dalai Lama “Never give up. No matter what is going on around you. Never give up…”  Sometimes we do not know the best way forward but we should never give up. I have a friend in Gaza whose son had spinal cord cancer and now partly paralyzed and the family constantly calls for support. But that is one of dozens of stories, needs fulfilled or unfulfilled etc. It is natural occasionally to have doubts about our future as a species and frequently to reassess our methods. But we must keep the hope alive. We must keep dreaming, keep trying, keep working, and keep living. We must never give up. We must “stay human” as Vittorio used to write to us.

South Africans apologize over forest planted on Palestinian village http://electronicintifada.net/content/south-africans-apologize-over-forest-planted-palestinian-village/14494 (incidentally our studies and those of others show how environmentally destructive was the planting of European pine trees to cover-up the destroyed Palestinian Villages)

In Gaza, the Nakba is ongoing and you can help us end it http://electronicintifada.net/content/gaza-nakba-ongoing-and-you-can-help-us-end-it/14527

US press blacks out Israeli defense minister’s citation of ‘Nagasaki and Hiroshima’ as model for dealing with Iran – See more at: https://www.transcend.org/tms/2015/05/us-press-blacks-out-israeli-defense-ministers-citation-of-nagasaki-and-hiroshima-as-model-for-dealing-with-iran/

I was asked about Palestinian heroes: https://www.youtube.com/watch?v=NfeePEHIAHQ

Prof. Mazin Qumsiyeh is a member of the TRANSCEND Network for Peace, Development and Environment, author of Sharing the Land of Canaan and Popular Resistance in Palestine. He is a professor at Bethlehem University and director of the Palestine Museum of Natural History in Bethlehem.

This article originally appeared on Transcend Media Service (TMS) on 25 May 2015.

Anticopyright: Editorials and articles originated on TMS may be freely reprinted, disseminated, translated and used as background material, provided an acknowledgement and link to the source, TMS: Compassion Fatigue?, is included. Thank you.