You wake from dreams of doom and −for a moment− you know: beyond all the noise and the gestures, the only real thing, love’s calm unwavering flame in the half-light of an early dawn. —Dag Hammarskjold, Markings

Dag Hammarskjold became Secretary-General of the United Nations at a moment of crisis related to the 1950-1953 war in Korea, and he died in his plane crash in 1961 on a mission dealing with the war in the Congo. The first Secretary-General of the UN, Trygve Lie, had resigned in November 1952 in the light of the strong opposition of the Soviet Union and its allies to the way the United Nations Command operated in Korea. Even though it was called the “United Nations Command”, the main fighting forces and the logistic support were provided by the United States.

Among UN Security Council members and other important delegations, it was felt that, given the way Trygve Lie was pushed out before a second term, he should be replaced by a person from a Nordic country, and the name of Dag Hammarskjold started to be proposed as a suitable candidate from an appropriate country, Sweden. It took five months of discussions before on 10 April 1953 Hammarskjold took office in New York.

Little in his background or experience had prepared Hammarskjold to be a crisis manager. He cane from a distinguished Swedish family. His father had been Prime Minister, and other members of his father’s family had been civil servants or military officers.   On his mother’s side, the family had been well-known Lutheran clergy and academics. Dag Hammarskjold was known for his active interest in literature, art and music − interests which he continued throughout his life. However, he was trained in economics and by age thirty-six, he was chairperson of the National Bank of Sweden, concerned with long-range economic trends. He was not a stock-market trader having to make quick decisions with very incomplete information to “buy or sell”. 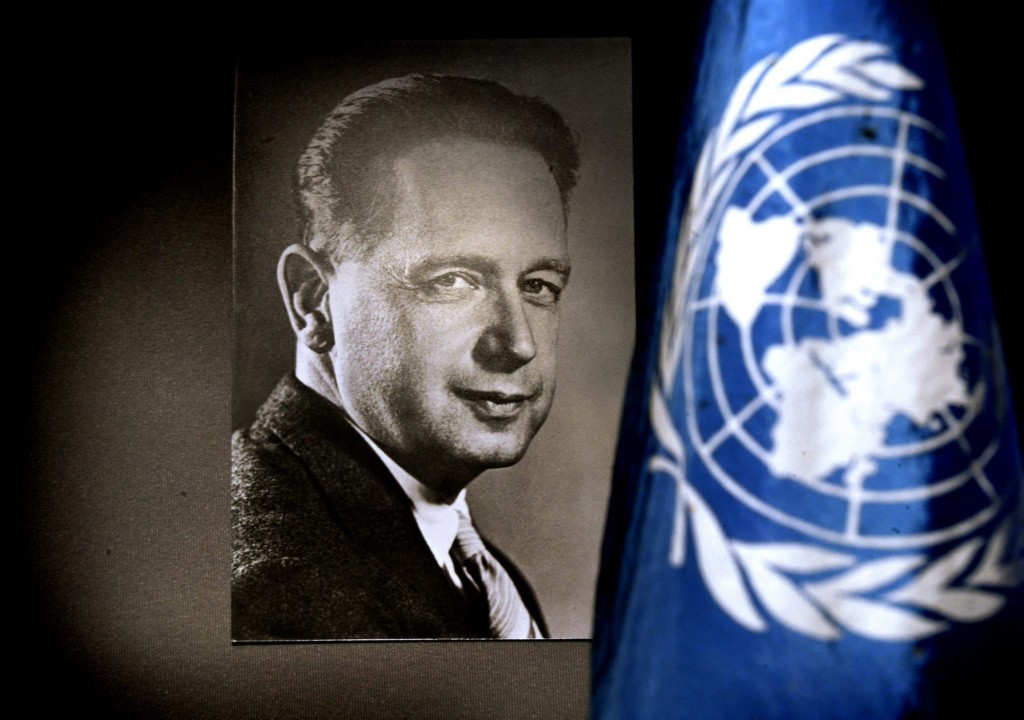 Hammarskjold had a very strong sense of duty. As he wrote to himself in 1951 in a dairy published after his death as Markings (1) “Only he deserves power who everyday justifies it.”

Hammarskjold came to the United Nations just as socio-economic development was being considered as a permanent mandate for the UN Secretariat. At the time of the creation of the United Nations in 1945, economic and social issues were considered as the functions of specialized agencies formally related to the UN through the Economic and Social Council but in effect, independent with their own governing boards, budgets and administrative procedures: the World Bank and the International Monetary Fund in Washington, and UNESCO, FAO, ILO, WHO, all located in Europe. By 1949, influenced by the “Point Four” idea of US President Harry Truman, there started to grow the idea that the UN itself should become operative in providing economic, administrative, and technical assistance. A modest “Expanded Program of Technical Assistance to Underdeveloped Countries” was created in 1949, and through different incarnations has become the UN Development Program (UNDP)’s, complex and multi layered activities.

Hammarskjold was a strong supporter of economic and social programs. He appointed well-known and active economists to guide these programs. By training and temperament, he would have wanted to follow economic and social issues as he saw such programs as important building-blocs of the world community.

However, it was as a crisis manager that he filled his days. These were often long days, and he was able to work for 18 hours a day for long stretches of time. He started as Secretary-General when the war in Korea was ending, but peace had not been established. Korea was still divided into two hostile States, a large number of people had been uprooted and much of the economic infrastructure destroyed. The French war in Indochina was still going on, and many observers feared that there could be a generalized Asian conflict. In 1952, the UN General Assembly created the “Commission on the Racial Situation in South Africa” – the start of a decades-long concern. The French war in Indochina was followed by the start of the war in Algeria. In April 1955, the “Asian-Africa Conference” was held in Bandung, Indonesia, a sign that decolonization would stay on the agenda of world issues for a long time. In November 1956, the first session of a UN Special General Assembly condemned the military aggression of the UK, France and Israel against Egypt, which later led to the use of UN Peacekeeping forces.

Dag Hammarskjold became an expert crisis manager, to the point that there was a common slogan in the UN- “Leave it to Dag”. He liked to work alone but had created a team of people working under him who were highly competent and totally devoted to him.

His last crisis-management effort was in the former Belgium Congo which had become independent in July 1960, followed quickly by violence, the breakdown of public order, the murder of the former Prime Minister Lumumba, the effort of Moise Tshombe to create a separate state in Katanga, and the sending of UN troops. USA-USSR Cold War tensions increased over Congo issues. Hammarskjold was to try an effort of mediation at the airport of Ndola, now in Zambia when the UN plane crashed, and all were killed.

Shortly after assuming office Dag Hammarskjold set out his view of his task as a world public servant faced by conflicting government − a vision which he fulfilled fully;

“The Secretary-General should express with full frankness to the governments concerned and their representatives the conclusions at which he arrives on issues before the organization. These conclusions must be completely detached from any national interest or policy and based solely on the principles and ideals to which the governments have adhered as members of the United Nations.”

Anticopyright: Editorials and articles originated on TMS may be freely reprinted, disseminated, translated and used as background material, provided an acknowledgement and link to the source, TMS: Dag Hammarskjold (29 Jul 1905 – 18 Sep 1961): Crisis Manager and Longer-Range World Community Builder, is included. Thank you.