The Korean Peninsula: A View of the Future

There was a big conference in 1972 in Kyoto, well over 40 years ago; that was my first effort, with thousands, millions of others. On the agendas for these countless encounters the U-word, “unification”, loomed high. In Kyoto, I made a distinction between unifying the Korean nation by opening the border for projects beyond unifying families, and unifying the two states. Which one are we talking about? The second is problematic if it means one state–and one president!–less. Could wait; from a human point of view unifying the nation has priority. Building on that a Korean Community with two states could emerge; building on that a Korean Federation with capital neither in Seoul nor in Pyongyang; building on that, maybe one day a unitary state.

I rejected any idea of one collapsing and the other taking over–“the German model”. Unification is symmetric, neutral, a nuclear-free UN-monitored Korean peninsula with non-provocative, defensive defense.

As such ideas emerged, about forty concrete cooperation projects were elaborated. One of them was a Peace Railroad running through the Koreas, connecting my wife’s Japan and my own Norway, in Western Europe. Could have happened but did not. China did it: the Silk Railroad to Madrid.

An important point became increasingly clear. The real conflict was not between North and South Korea, but between the USA and North Korea: the USA denying North Korea a peace treaty and normalization, hating the Democratic People’s Republic of Korea-DPRK for not having capitulated; working 60+ years for its collapse. The tensions between North and South can be solved. The sea border, for instance, by establishing a gray zone in the contested area, sharing the revenue like Malaysia-Thailand, Soviet Union-Norway. A good job for Obama with 17 months left for much needed repair work.

Sooner or later this will happen. However, there is a need for the Koreas to look beyond and not fall into the U-trap of unification only. They need a vision of the future beyond themselves, with projects.

Therefore, here is one vision: a Northeast Asian Community, NEAC. Modeled on the European Community, the EC as it emerged 1 January 1958 based on the Treaty of Rome. The EC had six member states (Germany, France, Italy and BeNeLux [Belgium, Netherlands, Luxembourg]), so could NEAC: Japan, China and Taiwan, Russia Far East, the two Koreas. 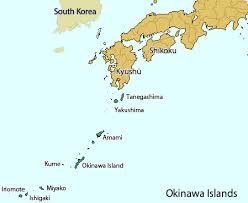 The EC established a center in the smaller parts, in Brussels and Luxembourg, and in Strasbourg-France, connecting the two biggest members. So could NEAC if Japan were wise and made Okinawa a Special Prefecture serving as NEAC headquarter. Small, between the two biggest, once the unarmed RyuKyu kingdom, Chinese-Japanese, very East Asian.

Japan, deepening its clientelism to the USA economically through TPP-Trans Pacific Partnership and militarily through “collective self-defense”, may not be ready to join. But the others could go ahead, welcoming Japan at any time.

How does this relate to the Six-Party Talks about Korea? Another trap: four big powers controlling the U process. But three of them could join the Koreas as NEAC members and add as a key project the best possible relation to the USA, now with its own problems growing rather than being overcome. NEAC could help; could also be referred to as ANEAN, Association of Northeast Asian Nations, like ASEAN.

The model EEC-EC-EU comes with three clear warnings: do not take on too much, not too many members, and do not buy absence of direct violence war at the expense of huge structural violence, for instance between creditor and debtor countries. Do not let China or Japan get into Germany’s position in today’s EU. Go for open borders with free flow of goods, services and ideas of persons–not only spies-agents–be careful with investment. Communities need time to solidify.

NEAC-ANEAN would be a major world factor with the two Koreas coming closer, particularly when not trapped in the past.

Nevertheless, can these Six really make a peaceful cooperative community? Are there not too many conflicts and traumas from the past?

Two giants, China and Russia, cleared this well in the mid-90s. Encircled by an USA expanding NATO eastward and AMPO-Treaty of Mutual Cooperation and Security between the United States and Japan westward, they built the SCO, the Shanghai Cooperation Organization. No land or border problems to speak of except for contested islands. Japan-Russia: the Northern Territories in the Kuriles; Japan-China and Taiwan in Senkaku-Diaoyudao/Diaoyutai; Japan-Korea in Takeshima-Dokdo. The proposal is feasible: the islands become the joint property of NEAC with a distribution profile for revenue from the ocean and under the ocean floor, with 20% for NEAC and the island with their Exclusive Economic Zone (EEZ) as such.

China-Taiwan is part of a larger problem with Hong Kong-Macao, Tibet, Xinjiang, Inner Mongolia; China as a {con)federation. Moving?

As to the traumas, Nanjing, Unit 731, “comfort women”, “forced labor”: try an International Fact Finding Commission to get the facts right. Do not spend too much time on this: the third trap, the past. Peaceful relations have to be created for the future; they do not grow out of critical examination of the past, likely to stir up negative feelings. And yet something also has to be done about the past.

With six members, we have 15 bilateral relations. The traditional way of looking at them is in terms of security, violence and threats. Japan is now filled with ideas of threats from China and North Korea; using that to argue “collective self-defense”, violating the A9 anti-war and anti-arms article in the Japanese constitution. Instead, look at the positives: Russia’s huge and empty land; China’s talent for economic growth by improving infrastructure; North Korea’s tenacity, the juche self-reliance spirit; South Korea’s spiritual bridge between East and West–the Koreas both being more Confucian than China, particularly DPRK–Japan’s eclecticism. So much to draw upon, endless resources for future bi- and multi-lateral projects.

Switch from the past to the future–and unification will follow.   Think Big; unification, yes, but there is a world outside Korea.

Anticopyright: Editorials and articles originated on TMS may be freely reprinted, disseminated, translated and used as background material, provided an acknowledgement and link to the source, TMS: The Korean Peninsula: A View of the Future, is included. Thank you.

One Response to “The Korean Peninsula: A View of the Future”