20 Jan 2016 – Enormous wealth and influence wielded by the Bill and Melinda Gates Foundation (BMGF) is distorting the direction of international development in a global vacuum of accountability, a new report claims.

With assets totaling $43.5 billion, the BMGF is the world’s biggest charitable group. It is viewed by some as the most powerful actor on issues of international health, environment and agriculture, and distributes more aid for global health than any democratically elected government. 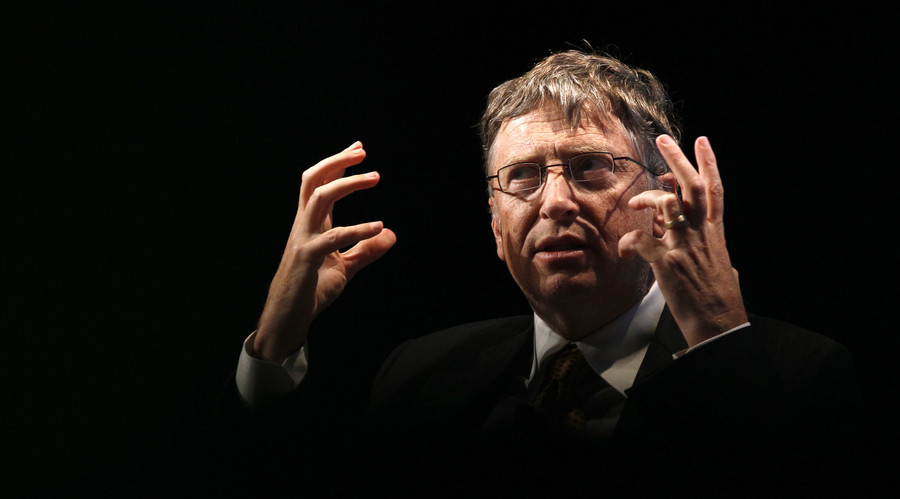 Critics warn this concentration of political and monetary clout is skewering the direction of international development in an undemocratic and unaccountable fashion. A report, conducted by UK campaign Global Justice Now, warns this trend could bolster corporate power and exacerbate global inequality.

The study, titled Gated Development – Is the Gates Foundation always a force for good?, was published on Wednesday. It argues the power and influence of the BMGF has a silencing effect on NGOs and agencies that are critical of its operations, but are also dependent on the foundation’s funding.

Why should Bill Gates get to set the agenda for internationl development, asks @PollyJones76 https://t.co/H5ssTFTbPD pic.twitter.com/HKYeDd87V0

The report’s release coincides with Bill Gates’ promotion of his very own brand of philanthrocapitalism at the World Economic Forum’s annual meeting in Davos, Switzerland. The gathering brings together some 2,500 top business chiefs, global political leaders, intellectuals, and reporters to discuss the most serious issues facing the world.

Among the report’s key criticisms was the relationship between Microsoft’s tax-dodging practices and the money that the BMGF donates. According to a 2012 US senate report, the Gates-owned tech giant used offshore subsidiaries to avoid $4.5 billion in taxes, while the foundation issued grants totaling $3.6 billion in 2014.

The study also condemned the foundation’s close relationship with corporations whose policies entrench global poverty and accused the BMGF of profiting from investments in controversial firms than drive socioeconomic injustices. In addition to this, the report criticized the foundation’s promotion of private healthcare and education, citing multiple agencies that insist such programs drive inequality.

It also accused the foundation of undermining sustainable, small-scale farmers that are providing food security in Africa by promoting the adoption of GM, patented seed systems and chemical fertilizers across the continent.

Gates Foundation accused of exploiting its leverage in Africa https://t.co/5OPbnuzBTf Our new report covered by @AJEnglish

Global Justice Now is urging the foundation to undergo an independent international review. The campaign says this could be orchestrated by the Organization for Economic Co-operation and Development’s (OECD) Development Assistance Committee, but insists such a process should be transparent and include a range of stakeholders, including those impacted by foundation-funded projects.

Head of campaigns and policy at Global Justice Now Polly Jones said the Gates Foundation is the most influential actor across the globe in terms of health agriculture. However, she warned it is operating in the absence of accountability or oversight.

“This concentration of power and influence is even more problematic when you consider that the philanthropic vision of the Gates Foundation seems to be largely based on the values of corporate America,” she said.

“The foundation is relentlessly promoting big business-based initiatives such as industrial agriculture, private health care and education. But these are all potentially exacerbating the problems of poverty and lack of access to basic resources that the foundation is supposed to be alleviating.”

The BMGF said the report misrepresents the organization, its work and its partnerships.

“The foundation’s mission is to improve quality of life for the world’s poorest people. This is a complex challenge, and solving it will require a range of approaches as well as the collaboration of governments, NGOs, academic institutions, for-profit companies and philanthropic organizations,” the foundation said.

“Governments are uniquely positioned to provide the leadership and resources necessary to address structural inequalities and ensure that the right solutions reach those most in need. The private sector has access to innovations – for example, in science, medicine and technology – that can save lives.”

The foundation argued that the role of philanthropy is to take risks where others won’t or can’t. “In all of our work – whether helping women access life-saving prenatal care or ensuring that small holder farmers can produce enough food to feed their families – partners guide our priorities and approach. We listen to experts and practitioners and take action based on evidence,” it said.

The foundation refuted claims that it is unaccountable, saying that it was one of the first organizations to join the International Aid Transparency Initiative and report to the OECD.