Solar Impulse Pilot: ‘I Flew Over Plastic Waste As Big As a Continent’

As the Solar Impulse 2 made its historic 62-hour flight from Hawaii to California without fuel, pilot Bertrand Piccard personally saw the horrific amount of plastic in our oceans. 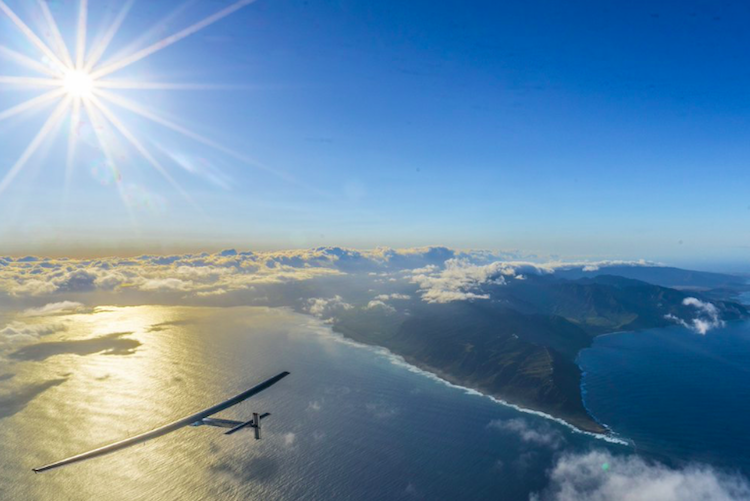 While flying above the Great Pacific Garbage Patch, Piccard sent out a tweet to Boyan Slat, the 21-year-old founder and CEO of The Ocean Cleanup.

“I flew over plastic waste as big as a continent,” Piccard wrote. “We must continue to support projects like @BoyanSlat Ocean Cleanup,” referring to Slat’s ambitious project of ridding the world’s oceans of plastic trash.

I flew over plastic waste as big as a continent. We must continue to support projects like @BoyanSlat Ocean Cleanup pic.twitter.com/Qn3R2s43xO

The Ocean Cleanup describes itself as the “world’s first feasible concept to clean the oceans of plastic” and has garnered widespread public admiration and support especially for Slat, a former aerospace engineering student who proposed the concept when he was only 17.

Piccard and Slat also spoke on Friday as the solar-powered plane made its risky journey.

It’s no surprise that the pilot and the young inventor linked up—both are using innovative technology to promote the greater good of the planet.

Piccard and the Solar Impulse team plan to fly around the world using only the power of the sun to promote clean transportation and other environmental causes.

“We have demonstrated it is feasible to fly many days, many nights, that the technology works,” fellow pilot Andre Borschberg told the Associated Press.

“I think innovation and pioneering must continue,” Piccard added. “It must continue for better quality of life, for clean technologies, for renewable energy. This is where the pioneers can really express themselves and be successful.”

Slat has spoken before about the necessity to protect our oceans.

“The oceans are the most important life—support systems of our planet,” he said in 2014. “It regulates the climate, it produces oxygen. The vast majority of biodiversity can be found in the ocean.”

The Ocean Cleanup involves a massive static platform and V-shapped booms that passively corrals plastics with wind and ocean currents. If all goes to plan, the project will officially launch in 2020 and be the longest floating structure ever deployed in the ocean.

Similarly, both parties have experienced hiccups along the way. Before arriving in California, the plane, the Solar Impulse 2, had been grounded in Hawaii for nine months as it underwent repairs after its record-breaking five-day trip from Japan to Hawaii in July.

As for Ocean Cleanup project, despite a 530-page feasibility study, some critics and scientists have written off Slat’s idea on mechanical design and ecological impacts. Dr. Marcus Eriksen, the co-founder of 5 Gyres, offered a number of constructive suggestions for the project.

Still, it’s very clear that the environment needs whatever help it can get, from curbing our reliance on dirty energy to putting a stop to plastic waste. The world’s oceans and marine life are suffering from a devastating plastic crisis, with 8 million metric tons of plastic waste dumped into our oceans every year. Plastic pollution is only getting worse as consumer use of plastic and plastic-intensive goods intensifies in emerging countries.

Not only that, an alarming new study by the University of Delaware physical oceanographer Tobias Kukulka reported that there might be much more plastic than what’s estimated.

“My research has shown that ocean turbulence actually mixes plastics and other pollutants down into the water column despite their buoyancy,” Kukulka said, according to UD Daily. “This means that surface measurements could be wildly off and the concentration of plastic in the marine environment may be significantly higher than we thought.” 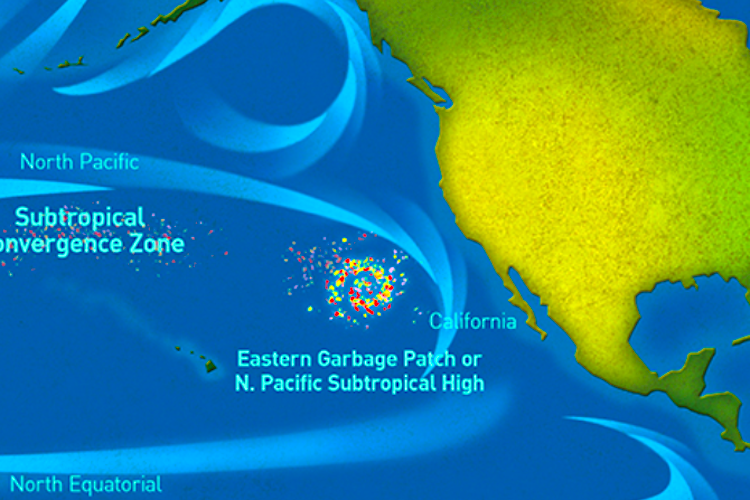 Marine debris that has accumulated in the Pacific Ocean. Photo credit: NOAA

One Response to “Solar Impulse Pilot: ‘I Flew Over Plastic Waste As Big As a Continent’”