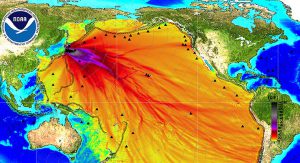 The release of radioactive material occurred through pressure relief, uncontrolled release of radioactive steam, fires, explosions and leakage and seepage of (massive amounts of) contaminated water. Contrary to the Chernobyl disaster 30 years ago this disaster happened in multiple reactors at once – and it is still ongoing.”  https://wiseinternational.org/campaign/fukushima-disaster

Today, “the radiation levels on the site are far higher than any human could possibly survive, so engineers are using purpose-built “scorpion” robots with cameras attached to survey the scale of the damage. The latest attempt to harvest data on Fukushima failed after a robot designed by Toshiba to withstand high radiation levels died five times faster than expected.” http://www.independent.co.uk/news/world/robots-fukushima-nuclear-disaster-dying-probe-clean-up-tepco-toshiba-reactor-nuclear-radiation-a7612396.html Another important article http://www.counterpunch.org/2017/03/06/fukushima-catastrophe-at-6-normalizing-radiation-exposure-demeans-women-and-kids-and-risks-their-health/ 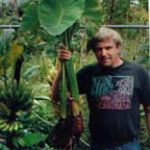 One Response to “Global Nuclear Poisoning!”