Two Koreas: History at a Glance

A brief history of how North and South Korea got to where they are today.

27 Apr 2017 – The Korean Peninsula, located between the Sea of Japan and the Yellow Sea, has seen heightened tensions in recent months as US President Donald Trump has threatened to act against North Korea’s continued missile tests.

After the defeat of the Japanese empire in World War II, Korea was split into two spheres. The Soviet Union controlled the territory in the north and the US controlled the south.

In 1950, North Korea invaded South Korea, starting the three-year-long Korean War. Since the signing of the armistice agreement in 1953, the north and south have been divided by a 4km wide demilitarised zone stretching 250km.

Both Koreas have steadily increased their military spending over the decades. Today, North Korea spends more than any other country on military spending relative to GDP. Nearly a quarter of its GDP goes towards the military.

As world leaders have come and gone, North Korea’s Kim dynasty has remained in power. After withdrawing from the Nuclear Proliferation Treaty in 2003, North Korea has gone on to conduct several nuclear tests, most recently in September 2016. 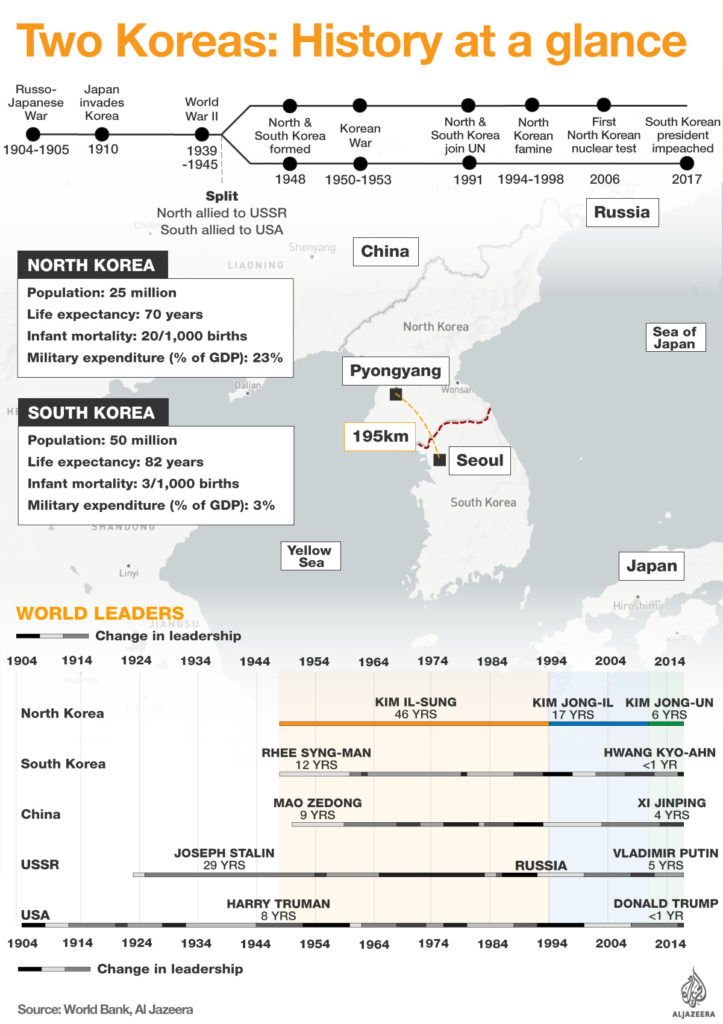 One Response to “Two Koreas: History at a Glance”