These are the goals of the United Nations; the Hardanger Academy in little Jondal, Norway (population ca.1150) made them three foci. The problem arose: what do they have in common? Are they three aspects of the same thing? If so, what is that “thing”?

Four ways of trying to answer have been identified and explored. Four because of four ways of approaching social reality, through:

Take nature, doing the four in the opposite order. One way is through darwinism. And one self-professed darwinist was Adolf Hitler.

To Hitler the niche was the whole world, the species were races: like nations, not races by pigment. The Jews were a non-race.

They were struggling; the more fit, the higher up.

Hitler read out of global reality that the English race was the fittest. The German race, fit for much higher levels–not above the English, maybe in “peaceful coexistence”–had been suppressed.

The solution was to follow the English, colonize others, take their resources, make them work for the colonizer.  He attacked USSR, conquered Ukraine, plundered, turned them into slaves: maximum four years school, forced them to deliver to the Germans, not the cities.

Peace is an outcome of a natural hierarchy according to fitness; development is according to hierarchic level; nature was scarce in Germany and abundant outside, hence expansion for Lebensraum.

Take structure, Karl Marx. The structure of mode of production had two layers, owners and not-owners of the means of production: slaves in antiquity, land in feudalism, capital (liquid and fixed) in capitalism, state in socialism–between primitive communism and future communism with all means shared, and hence nobody’s property. If new means of production were incompatible with the mode, the mode had to change: a revolution, turning slaves into land workers into industrial workers into state workers till communist liberation. Six stages.

Peace is an outcome of not having owners fighting for means of production; development is transition from one stage to the next ultimately shared by all in communism; environment had been squeezed beyond its capacity by land- and resource-owners no longer there.

Take culture, and Western exceptionalism as Westernization; the idea that peace is an outcome of a world government Western Montesquieu-style with separation of legislative, executive and judiciary powers (oblivious of military and capital power as military-industrial complexes); development is level of Westernization to be accelerated by (Western) development assistance; environment depletion-pollution can be managed through renewable resources and detoxification.

Take the actor approach, individual and collective, as NGOs, TNCs states, nations, regions, civilizations. There are many of them, often with strong views on peace-development-environment, often canonizing themselves: You get all three, If and only if, You follow me.

Here is my conclusion: I am unimpressed with all four approaches.

We have considerable peace, development, environment deficits, in spite of, or because of, all four of these approaches.

Empirically we can easily find cases with one of them reasonably satisfied but the others not at all.  Developed societies far from peaceful (USA, Israel, Norway) nor considerate to the environment (maybe their own, not that of others). We have peaceful societies that are very undeveloped (Laos), societies being at one with nature but neither developed nor peaceful (Volta?). And societies with none of the three (Saudi), or with all three (Botswana).

There is something to learn from the four approaches rejected.

The strongest will tend to impose their views. Structures have inner lives and have to be guided. Cultures well up from deep levels.

Any definition-theory-practice is only one among many, tested by trial and error, and doomed to be overtaken in the process of history.

But in that process Peace, Development, Environment are key aspects. 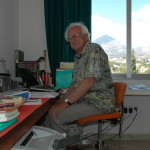 Anticopyright: Editorials and articles originated on TMS may be freely reprinted, disseminated, translated and used as background material, provided an acknowledgement and link to the source, TMS: Peace-Development-Environment: Integrated?, is included. Thank you.