8 Sep 2017 – There are communities of people living today that do not have access to modern technology and amenities such as electricity, motor cars, not to speak of internet or television and countless other modern gadgets. One would say that they are indigenous peoples living all over the world — in Canada, Greenland, New Zealand and many parts of India including in the Andaman and Nicobar Islands in the Indian Ocean. They live close to the earth and survive by eating fruits and farming and hunting in the forest lands.

But there are some other communities that also avoid modern life and its amenities. These are the Amish communities who belonged to a separate Christian sect and who migrated from some European countries – Switzerland, Germany, Belgium etc. about three hundred years ago and came to Pennsylvania in USA where land was available in plenty; these people could continue their farm related lives. Waves of the people belonging to these communities came over to several regions of USA and subsequently moved to northern parts of America and also Canada.

The Amish church broke away in Switzerland from the Swiss Anabaptists in 1693 under the leadership of Jakob Ammann. The name Amish is derived from Ammann. The Amish people continue to speak dialects of the traditional German and Dutch languages even today; they also speak heavily accented English language. They have their own schools where the children study up to class 8 or 10 and then become baptized between the ages of about 16 or 20. The young people generally marry within their community. Those who do not follow the community’s customs are excommunicated and are forced to go elsewhere. Some do stay on but they are generally shunned by the faithful of the community. 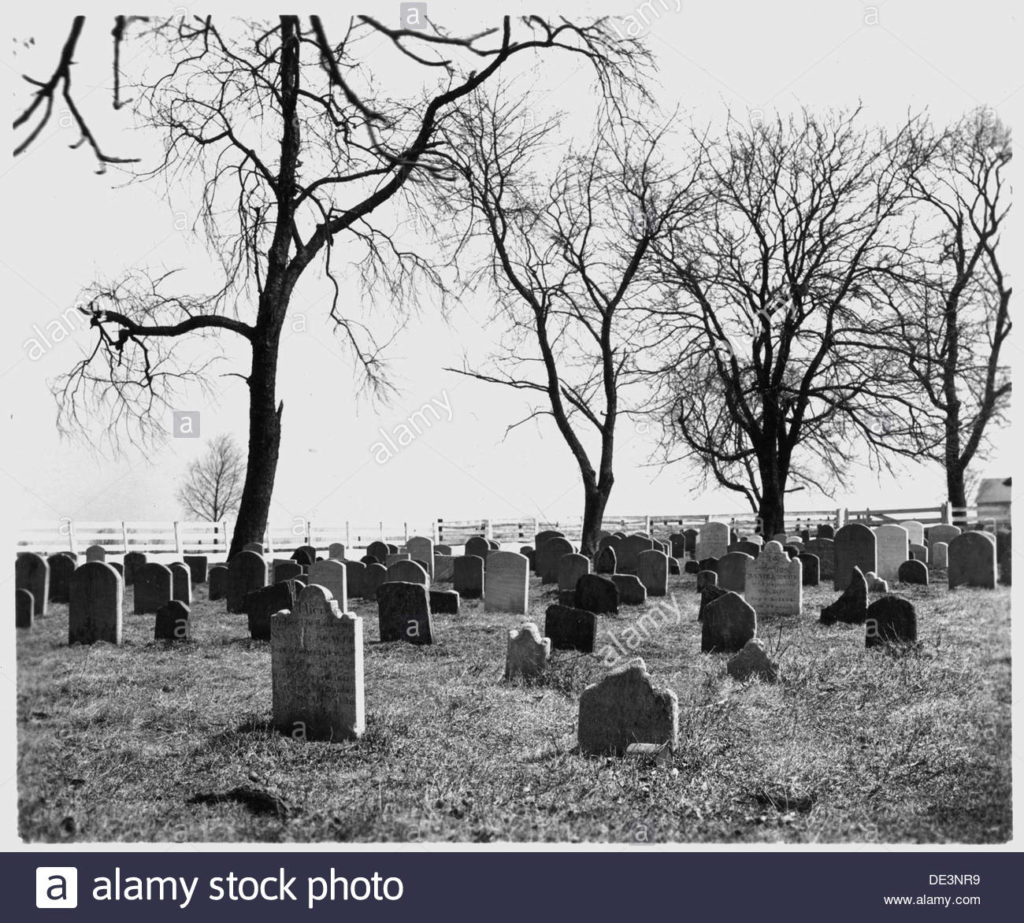 Lancaster County, Pennsylvania. An old Amish cemetery. Note that the stones are plain and small.

Another similar community is that of the Mennonites who are also belong to a sect of the Christian church but due to some theological and social reasons broke away from the Amish community.

Both the Amish and Mennonite communities are reluctant to use modern technology and its conveniences such as electricity, motor vehicles etc. They are faithful to their traditional simple lives and plain dress, and are close to the soil that they harvest and produce corn, wheat and some fruits and vegetables. They possess cows and chickens for milk and meat. Instead of motorised cars they use horse driven buggies. However, some of these people do use some modern conveniences like electricity and occasionally heavy motorised vehicles like trucks.

When I was recently in Canada a friend of mine took me on a Sunday to St Jacobs Farmers Market near Toronto. The market attracted hundreds of people with its fresh fruits, vegetables, honey and countless other products that are used by all communities of people. Next to this Market one could see a beautiful horse driven carriage with two robust horses to pull the carriage. We were told that one could buy tickets for the horse drawn tours to a nearby Mennonite farm. We bought tickets and so did about eight other persons including a visitor from Europe. With ten passengers in the beautiful carriage, the driver came over and introduced himself and gave a brief introduction of his Mennonite community and the village that we were going to.  He spoke in a friendly manner and invited us to ask any question that we wanted to.

What struck me was the well-made wooden carriage and the two handsome and strong horse that started moving slowly but gradually picked up speed. When someone appreciated these mares Nelson the driver, was obviously happy and explained how he had acquired these two strong mares and what they ate and where they were housed at night. 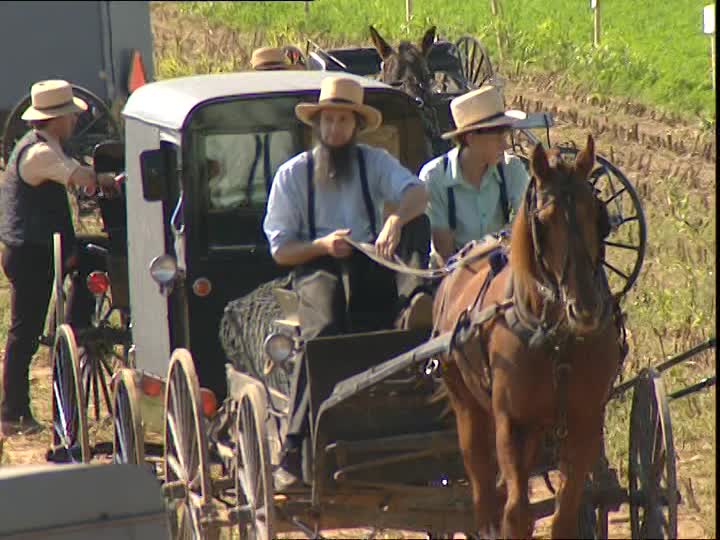 Horse driven carriage of the Mennonites.

Within about fifteen minutes we were at the village and what struck us was the well maintained farm and the countless number of maple trees that were joined by some blue tubes. On being sked why the trees were joined by these tubes, Nelson informed that each tree gave a few drops of maple honey which were collected and used for producing Maple Honey that was one of the items that was on sale in a nearby store. A woman was selling many house hold items including honey and some hand woven rugs and towels. She spoke accented English; the European visitor with us spoke to her in German language and the woman was obviously happy to answer in her native tongue.

Nearby we say a group of children dressed in their traditional clothes and wearing hats that sat at a slant over their heads. A few feet away from the store one could see chicken coups with hundreds of chicken squeaking as is their want. Large numbers of corn were also placed on specially made wooden stands. There were a few tools like saws, hammers and sickles near these stands. We were told that the corn was locally produced and was used for feeding not only the people but also the cows. And “What about the horses?” someone asked. “No, horses only like to eat grass”.

Amazing how strong the horses were feeding on the grass. This was made amply clear when on our return to the Farmers’ Market, it began to rain — first a few drizzles and then fairly heavily. The horses seemed to enjoy the rain and seemed to be invigorated by it.

The brief glimpse I had of the Mennonite and Amish communities was a pleasant one. These people are peaceful and faithful to their Church. They live simply, do not exploit the natural resources and are close to the earth. Their farms are clean, well maintained and display a sense of harmony with other people and with flora and fauna. One could wish that some of us modern people could follow the example of these communities to live peacefully and harmoniously and not exploit nature that leads to degradation of the soil, rivers and mountains.

Anticopyright: Editorials and articles originated on TMS may be freely reprinted, disseminated, translated and used as background material, provided an acknowledgement and link to the source, TMS: Living Peacefully Close to Mother Earth – A Saga of Amish and Mennonite Communities, is included. Thank you.