5 Mar 2018 – The tropical Andes of Ecuador are at the top of the world list of biodiversity hotspots in terms of vertebrate species, endemic vertebrates, and endemic plants. Ecuador has more orchid and hummingbird species than Brazil, which is 32 times larger, and more diversity than the entire USA.

In the last year, the Ecuadorean government has quietly granted mining concessions to over 1.7 million hectares (4.25 million acres) of forest reserves and indigenous territories. These were awarded to transnational corporations in closed-door deals without public knowledge or consent. 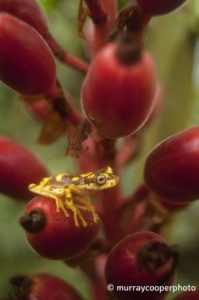 This is in direct violation of Ecuadorean law and international treaties, and will decimate headwater ecosystems and biodiversity hotspots of global significance. However, Ecuadorean groups think there is little chance of stopping the concessions using the law unless there is a groundswell of opposition from Ecuadorean society and strong expressions of international concern.

The Vice President of Ecuador, who acted as Coordinating Director for the office of ‘Strategic Sectors’, which promoted and negotiated these concessions, was jailed for 6 years for corruption. However, this has not stopped the huge giveaway of pristine land to mining companies.

From the cloud forests in the Andes to the indigenous territories in the headwaters of the Amazon, the Ecuadorean government has covertly granted these mining concessions to multinational mining companies from China, Australia, Canada, and Chile, amongst others.

The first country in the world to get the rights of Nature or Pachamama written into its constitution is now ignoring that commitment. 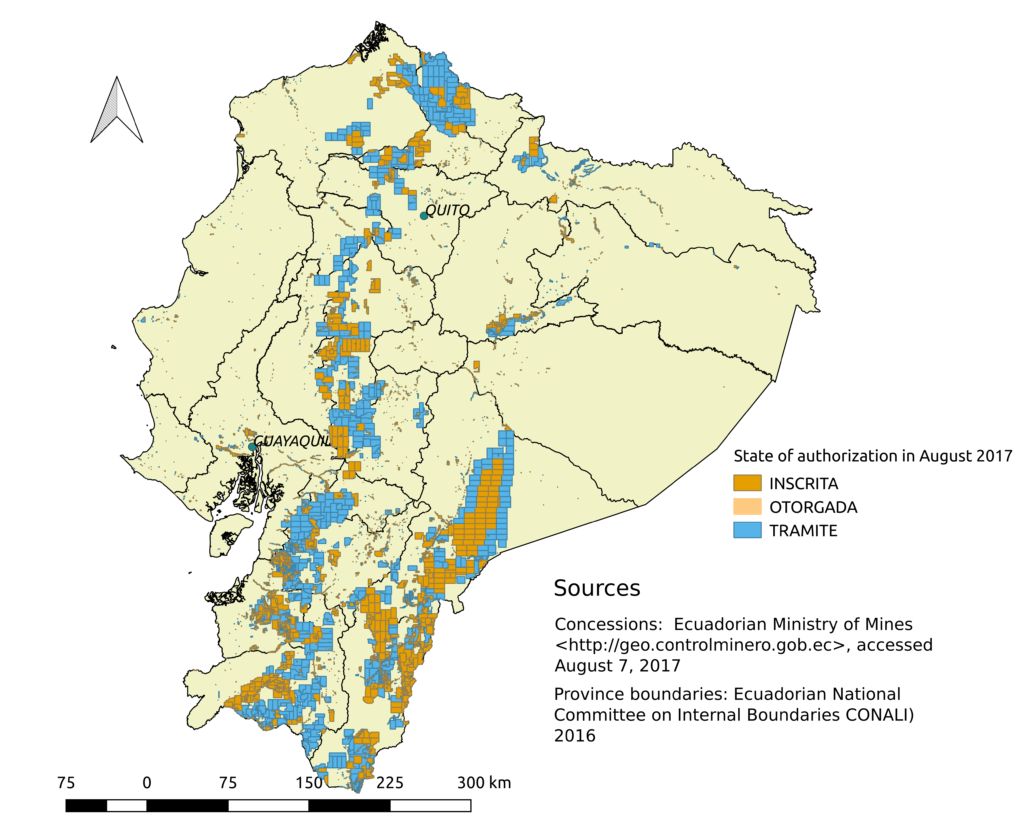 They’ve been here before. In the 80’s and 90’s Chevron-Texaco dumped 18 billion gallons of crude oil there in the biggest rainforest petroleum spill in history. This poisoned the water of tens of thousands of people and has done irreparable damage to ecosystems.

Now 14% of the country has been concessioned to mining interests. This includes a million hectares of indigenous land, half of all the territories of the Shuar in the Amazon and three-quarters of the territory of the Awa in the Andes.

Please sign the petition and contribute to the crowdfund which will help Ecuadorean civil society’s campaign to have these concessions rescinded.

As founder and director of the Rainforest Information Centre (RIC), I’ve had a long history of involvement with Ecuador’s rainforests.

Back in the late ‘80’s our volunteers initiated numerous projects in the country and one of these, the creation of the Los Cedros Biological Reserve was helped with a substantial grant from the Australian Government aid agency, AusAID. Los Cedros lies within the Tropical Andes Hotspot, in the country’s northwest. Los Cedros consists of nearly 7000 hectares of premontane and lower montane wet tropical and cloud forest teeming with rare, endangered and endemic species and is a crucial southern buffer zone for the quarter-million hectare Cotocachi-Cayapas Ecological Reserve. Little wonder that scientists from around the world rallied to the defense of Los Cedros.

In 2016 a press release from a Canadian mining company alerted us to the fact that they had somehow acquired a mining concession over Los Cedros! We hired a couple of Ecuadorean researchers and it slowly dawned on us that Los Cedros was only one of 41 “Bosques Protectores” (protected forests) which had been secretly concessioned. For example, nearly all of the 311,500 hectare Bosque Protector “Kutuku-Shaimi”, where 5000 Shuar families live, has been concessioned. In November 2017, RIC published a report by Bitty Roy, Professor of Ecology from Oregon State University and her co-workers,  mapping the full extent of the horror that is being planned.

Although many of these concessions are for exploration, the mining industry anticipates an eightfold growth in investment to $8 billion by 2021 due to a “revised regulatory framework” much to the jubilation of the mining companies. Granting mineral concessions in reserves means that these reserves aren’t actually protected any longer as, if profitable deposits are found, the reserves will be mined and destroyed.

In Ecuador, civil society is mobilising and has asked their recently elected government to prohibit industrial mining “in water sources and water recharge areas, in the national system of protected areas, in special areas for conservation, in protected forests and fragile ecosystems”.

The indigenous peoples have been fighting against mining inside Ecuador for over a decade.  Governments have persecuted more than 200 indigenous activists using the countries anti-terrorism laws to hand out stiff prison sentences to indigenous people who openly speak out against the destruction of their territories. 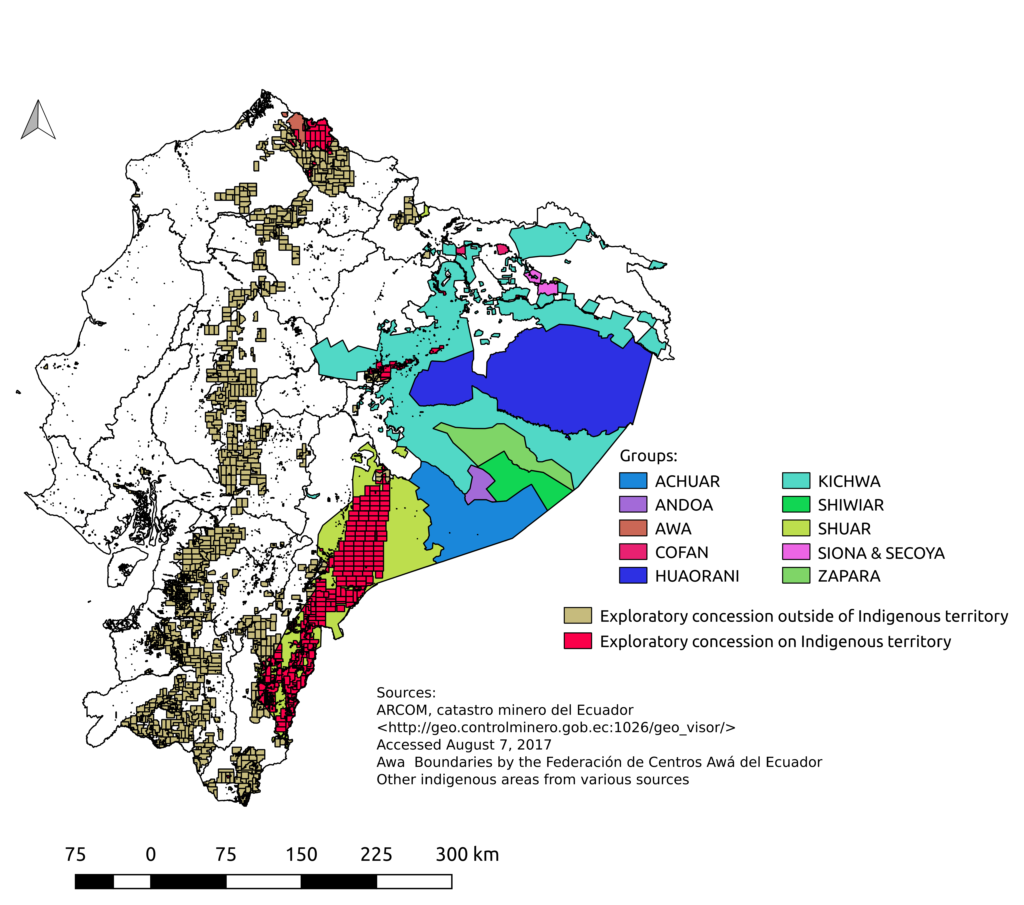 Fortunately, the new government has signalled an openness to hear indigenous and civil society’s concerns, not expressed by the previous administration.

In December 2017, a large delegation of indigenous people marched on Quito and President Moreno promised no NEW oil and mining concessions, and on 31 January 2018, Ecuador’s Mining Minister resigned a few days after Indigenous and environmental groups demanded he step down during a demonstration. On 31 January, The Confederation of Indigenous Nationalities of Ecuador, CONAIE, announced their support for the platform shared by the rest of civil society involved in the anti-mining work. Then on 15 February CONAIE called on the government to “declare Ecuador free of industrial metal-mining”, a somewhat more radical demand than that of the rest of civil society.

But we will need a huge international outcry to rescind the existing concessions: many billions of dollars of mining company profits versus some of the most biologically diverse ecosystems on Earth and the hundreds of local communities and indigenous peoples who depend on them.

From 2006, under the Correa-Glas administration, Ecuador contracted record levels of external debt for highway and hydroelectric dam infrastructure to subsidize mining. Foreign investments were guaranteed by a corporate friendly international arbitration system, facilitated by the World Bank which had earlier set the stage for the current calamity by funding mineralogical surveys of national parks and other protected areas and advising the administration on dismantling of laws and regulations protecting the environment. 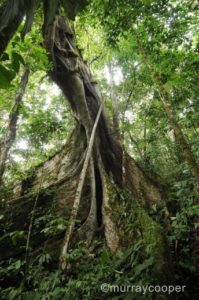 After 2008, when Ecuador defaulted on $3.2 billion worth of its national debt, it borrowed $15 billion from China, to be paid back in the form of oil and mineral exports. These deals have been fraught with corruption. Underselling, bribery and the laundering of money via offshore accounts are routine practice in the Ecuadorean business class, and the Chinese companies who now hold concessions over vast tracts of Ecuadorean land are no cleaner. Before leaving office Correa-Glas removed much of the regulation that had been holding the mining industry in check. And the corruption goes much deeper than mere  bribes.

The lure of mining is a deadly mirage. The impacts of large-scale open pit mining within rainforest watersheds include mass deforestation, erosion, the contamination of water sources by toxins such as lead and arsenic,  and desertification. A lush rainforest transforms into an arid wasteland incapable of sustaining either ecosystems or human beings.

Without a huge outcry both within Ecuador and around the world, the biological gems and pristine rivers and streams will be destroyed. 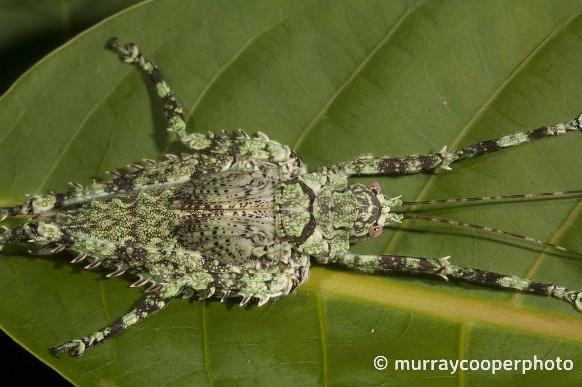 But it doesn’t have to be this way. Civil society needs an open conversation with the state. Ecuador has enormous potential to develop its economy based on renewable energy and its rich biodiversity can support a large ecotourism industry. In 2010 Costa Rica banned open-pit mining, and today has socioeconomic indicators better than Ecuador’s. Costa Rica also provides a ‘Payment for Ecosystem Services’ to landholders, and through this scheme has actually increased its rainforest area (from 20% to just over 50%).

Ecuador’s society and government must explore how an economy based on the sustainable use of pristine water sources, the country’s incomparable forests, and other natural resources is superior to an economy based on short term extraction leaving behind a despoiled and impoverished landscape. For example,  studies by Earth Economics in the Intag region of Ecuador (where some of the new mining concessions are located) show that ecosystem services and sustainable development would offer a better economic solution let alone ecological and social.

The Rainforest Information Centre is launching a CROWDFUND to support Ecuadorean NGO’s to mobilise and to mount a publicity and education campaign and to help advance a dialogue throughout Ecuador and beyond: ‘Extractivism, economic diversification and prospects for sustainable development in Ecuador’.

We have set the crowdfund target at A$15,000 and Paul Gilding, ex-CEO of Greenpeace International is getting the ball rolling with an offer to match all donations $ for $ so that every $ that you donate will be matched by Paul. Donations are tax-deductible in Australia and the US. 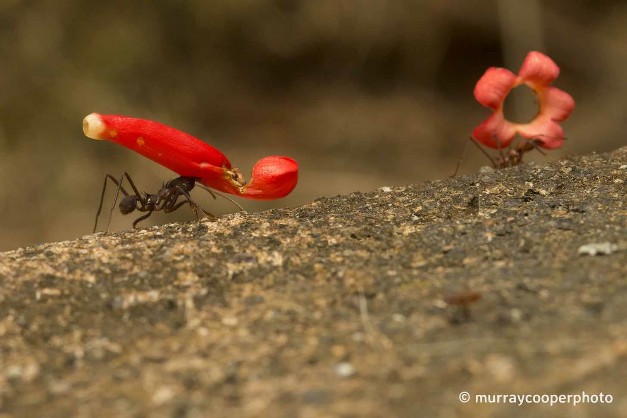 When you sign the PETITION you will reach not just to the President of Ecuador and his cabinet. The petition is also addressed to the other actors who have set the stage for this calamity, being:

Australian senator Lee Rhiannon (who was part of helping us create Los Cedros 30 years ago) wrote to the Canadian Environment Minister on our behalf and the Canadian Embassy has expressed concern about the bad name Cornerstone is giving the other Canadian mining projects. They have asked us for a meeting to discuss the reports of bad business practices by the company. Likewise, the Chinese government is beginning to develop some guidance which will come into effect in March 2018. We are lobbying the Australian government to put pressure on BHP, Solgold and other Australian companies preparing to mine protected forests and indigenous reserves in Ecuador.

Visit Ecuador Endangered for more links to the history and causes of Ecuador’s mining crisis. There you will find research, detailed reports and news updates. Contact information can be found for those wanting to be involved in the campaign, which is being run entirely by volunteers. To let the Ecuadorean Government, World Bank and mining companies know you want them to invest in a sustainable future for all, a petition can be found here. 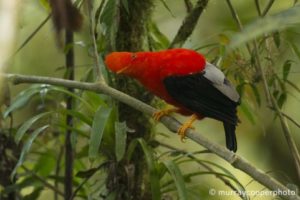 For print media: a longer version of this article replete with hyperlinks may be found at www.rainforestinfo.org.au/forests/ecuador/article.htm

Photos to accompany this article may be found at:

John Seed is the founder and director of the Rainforest Information Centre in Australia. He has been campaigning to save the world’s rainforests since the 1970s.

Anticopyright: Editorials and articles originated on TMS may be freely reprinted, disseminated, translated and used as background material, provided an acknowledgement and link to the source, TMS: Ecuador Endangered, is included. Thank you.