To Be a Palestinian Jerusalemite These Days

2 May 2018 – The Arab Summit held in Saudi Arabia in the 15th of April passed this year without attracting media attention. Strong decisions about Palestine and Iran, and a deep split regarding Syria. These are in general the summit resolutions.

Jerusalem wise the summit was called by King Salman as “Al Quds Summit”, with 150 million dollars allocated by Saudi Arabia to the Islamic Endowment in the city, and other 50 million allocated to the UNRWA. As happened with the previous summits financial support decisions, one has to wait and see if these will find their way to implementation this time. The Palestinian Ministry of Foreign Affairs sent a letter to the summit after its end, calling for a mechanism to implement the summit decisions. We will wait and see.

In Israel, there were almost no responses to the Arab Summit resolutions. The Israeli plans in regard to Jerusalem continued as if nothing happened. Besides that, some Israeli voices who consider themselves as “Peacemakers”, moved from their previous patronizing position of giving “advisory opinions” to the Palestinians about alternatives to what is called as “the failure of the Palestinian strategies for Jerusalem in the last fifty years”, to a new worse position of creating a list for joining the Israeli upcoming municipal elections of this year.

This participation is taking place in the framework of the Israeli annexation to the city, and practically recognizing it, by looking for the improvement of the daily life issues of the Palestinians in East Jerusalem through this system instead of working to support the creation of Palestinian facts in the ground towards Palestinian self-determination. Interesting enough this new “project” is presented under the slogan of “the people democratic right to vote”, as if this democratic participation cannot be achieved by bringing back the Palestinian Municipality that was dissolved illegally by Israel in 1967, and by allowing for the Palestinian municipal elections in West Bank and Gaza Strip to be inclusive to East Jerusalem the capital of Palestine.

This development in the year of moving the American Embassy to Jerusalem will only create within the existing asymmetry an inclusion process of the Palestinians in the Israeli system, that it besides creating fragmentation among the Palestinians instead of supporting by practical means their right to self-determination and independence.

The problem to the Palestinian Jerusalemites with the Arabs are those of that they are making slogans about supporting, but practically speaking the Arab support is fragmented, competitive between different Arab Countries, and also the support that arrives is very small.

The problem of the Palestinian Jerusalemites with the State of Palestine Authorities is about the latter inability to start acting as a Palestinian State in the ground, with East Jerusalem as its capital, which will include the implementation of practical economic and community based programs in Jerusalem, and also include the creation of a long term nonviolent resistance. Now the Jerusalemites are looking to the Palestinian National Council of the 30th of April to make crucial steps in that direction. Can it?

The big problem for the Palestinian East Jerusalemites will still to be the ISRAELI OCCUPATION, and its ongoing plans for the deepening of the Israeli settler colonial project in the city. Reading the mentioned list for municipal elections program one will find that occupation is not mentioned, and as well the right of the Palestinians to have back their dissolved 1967 Municipality is not mentioned. Moreover the list program ignores the fact that most of the decisions regarding the Israelization and the Judaization of Jerusalem are taken in the Israeli Ministerial level rather than the municipal level. Do they want to be “ witnesses” ( if they succeeded in the municipal elections) on the settlements expansion and the humiliation against the Palestinians in East Jerusalem, including for example the humiliation taking place in the offices of the Israeli Ministry of Interior in East Jerusalem?.

Yet, this is not all the story, but there is an ethical side of it that still to be tackled: Opposite to relativism which considers every point of view as merely an “Opinion”, and therefore considers all opinions as all legitimate and equal regardless of the divide, the Israeli so called “Peace activists” are called to make the courageous move from this “Neutrality”, to the position of the ethical support of what their Palestinian partners struggle for. Without this move, talking about struggling together become impossible, and the joint ventures become like a waste of the Golden time in controversies and arguments on the expense of taking actions. 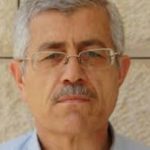 This article originally appeared on Transcend Media Service (TMS) on 7 May 2018.

Anticopyright: Editorials and articles originated on TMS may be freely reprinted, disseminated, translated and used as background material, provided an acknowledgement and link to the source, TMS: To Be a Palestinian Jerusalemite These Days, is included. Thank you.