An Urgent Call: Turn Away from Violence at Home & Abroad! 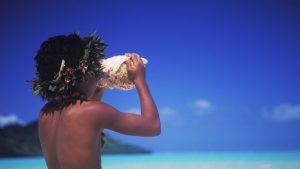 “The choice today is no longer between violence and nonviolence. It is either nonviolence or nonexistence.”
— Rev. Martin Luther King, Jr.

27 Oct 2018 – In recent days we have learned about the terrorist hate crime murders at a Pittsburgh Jewish Synagogue; the mailing of more than a dozen package bombs to critics of President Trump; the grisly murder of a Washington Post journalist inside a Saudi Arabian consulate; the sending of US troops to confront fleeing Central American refugees at the Mexican Boarder, and the U.S. withdrawal from another international agreement – this one an arms control treaty with Russia.

What we haven’t heard as much about lately are the ongoing US wars (is it currently six or seven?) in the Middle East that have resulted in millions killed, wounded or made refugees, covert US “Special Ops” taking place all over the world, and the past US wars and regime changes in Latin America that have created chaos, violence, poverty and a vast number of fleeing refugees and asylum seekers.

What’s next? Who knows, but one thing is clear: More guns and bombs are NOT the answer. Unless we change our ways and turn away from hate and violence at home and abroad, humanity is headed down a path of violent self destruction. What we are doing to one another we are also doing to the earth. The violence that goes around comes around. That’s why climate disaster and nuclear war are the two greatest threats to civilization as we know it. Live aloha! Aloha ‘Aina! Malama Honua (Take Care of the Earth.)

All the moral giants of history were committed to truth and love and they were people with a vision of hope. Martin Luther King, Jr. said: “Let us realize the arc of the moral universe is long but it bends toward justice.” Truth will overcome Lies. Love will overcome hate. Let us never give up.

The Choice is Ours: Nonviolence or Nonexistence

One Response to “No More Violence!”